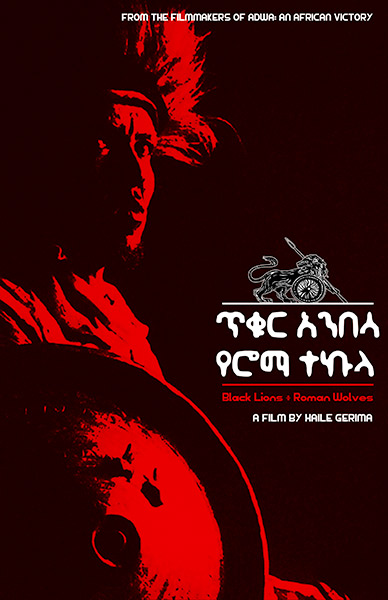 The National Gallery of Art is honored to welcome award-winning filmmaker Haile Gerima to present excerpts from his current documentary project Black Lions, Roman Wolves. A tribute to his late father, this five-part work in progress chronicles fascist Italy's invasion of Ethiopia in the mid-1930s, during which atrocities such as the use of chemical weapons were committed, poisoning untold numbers of people. Forty years in the making, this ambitious, historic project is produced with the same spirit of resistance and clarity that has defined Gerima’s impressive career. Beginning in the 1970s as a student at the UCLA School of Theater, Film and Television where he was a vital part of the film movement that became known as the L.A. Rebellion, Gerima continues to recount stories of African dissent, struggle, and resistance to colonial brutality and genocide. Residents of Washington, DC, since the 1980s, he and partner Shirikiana Aina have produced documentary and feature film narratives independently, including Sankofa (1993), a feature about the legacies of the African slave trade that was recently restored and rereleased by filmmaker and producer Ava DuVernay’s company ARRAY. The couple also co-founded Sankofa Video, Books, and Café, “a sanctuary for Pan-African culture since 1998,” located across the street from Howard University, where Gerima taught production and screenwriting to several generations of aspiring filmmakers. (Haile Gerima, Ethiopia/USA, 2022, digital, 60 minutes)