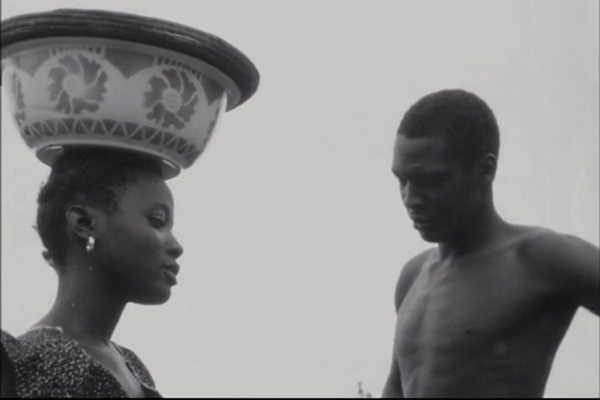 Kaddu Beykat (Letter from My Village)

preceded by Selbe: One Among Many

Safi Faye was the first sub-Saharan African woman to direct a feature film, Kaddu Beykat (Letter from My Village), which won awards at the Festival International du Film d’Expression Française, Festival Panafricain du Cinéma d’Ouagadougou, and Berlin Film Festival and receiving the Georges Sadoul Prize in France. The drama centers on Ngor, a young man living in a Senegalese village who wants to marry Columba. Drought in the village has affected its crops; as a result, Ngor cannot afford the bride price for Columba. (Safi Faye, Senegal, 1976, Wolof and French with English subtitles, digital, 90 minutes)

Preceded by the nonfiction Selbe: One Among Many, which focuses on the social role and economic responsibility of women in African society. Restored by the National Center for Film and Moving Images, France. (1983/2017, Wolof and French with English subtitles, digital, 30 minutes)