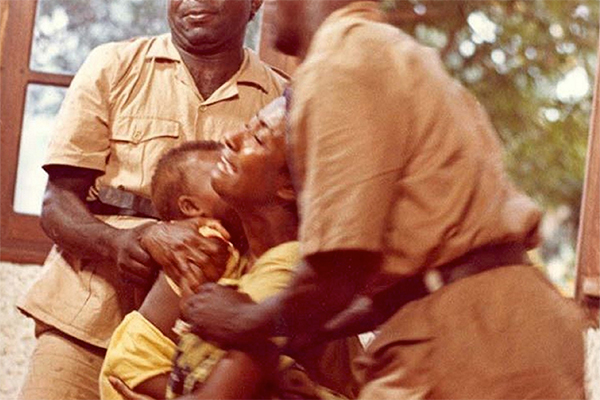 Sambizanga is the working-class neighborhood in Luanda, Angola, that held a Portuguese prison where many Angolan militants were tortured and killed. On February 4, 1961, this prison was attacked by MPLA (People’s Movement for the Liberation of Angola) forces. The film begins with the arrest of revolutionary Domingos Xavier by Portuguese colonial officials, and follows Xavier’s wife, Maria, as she searches from jail to jail trying to discover what has become of her husband.