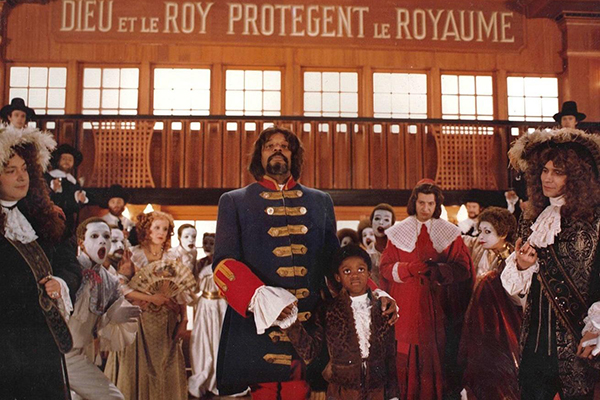 A musical set on a giant slave ship symbolizing the triangular relationship between Africa, Europe, and the Caribbean, West Indies explores parallels between the forced migration of the Atlantic slave trade and the more recent migration of Afro-Caribbean subjects to former colonial metropoles. Filmmaker Med Hondo explores four centuries of history through a variety of cinematic techniques such as vertical mise-en-scène, long takes, changes in temporality through camera movement, lush colors, and poignant lyrics, inviting the spectator to join in the struggle to transform the world. “I wanted to free the very concept of musical comedy from its American trademark,” said Hondo, and “show that each people on earth had its own musical comedy, its own musical tragedy and its own thought shaped through its own history.” (Med Hondo, Mauritania/West Africa, 1979, French with English subtitles, DCP, 110 minutes)