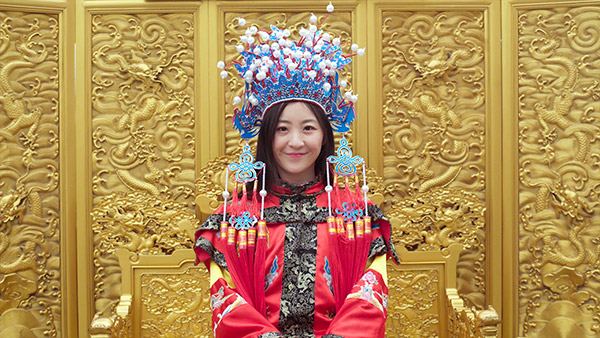 Screening related to the Rajiv Vaidya Memorial Lecture on Film

Yang Mingming does double duty as writer-director and star in this quirky critique of the power men exercise over the lives of women in Beijing’s cultural scene. In Girls Always Happy, Yang plays an aspiring screenwriter, living with her mother, both hustling to survive in a city dominated by men. Yang’s tale of eventual triumph, however, does not belie the fact that women in a rapidly changing society in which everything is monetized increasingly find their future subject to male whims. By providing a glimpse behind the camera, she shines a light on the constraints faced by young women who try to become visible in a world in which women only seem to be seen as objects rather than agents of the gaze. (Yang Mingming, 2018, DCP, 116 minutes) Please join us for a lecture with renowned scholar and author Gina Marchetti on 21st-century female directors working across Chinese-language cinema. Registration is required.