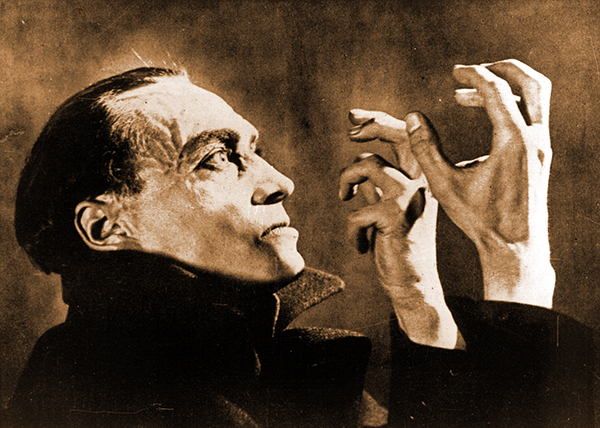 Canceled—Ciné-Concert: The Hands of Orlac

Four years after Das Cabinett des Dr. Caligari, Robert Wiene completed The Hands of Orlac (Orlacs Hände), a potent psychological drama based on a literary work by Maurice Renard. The film stars Conrad Veidt as a virtuoso pianist who, following an accident, receives the hands of a condemned murderer — or so he believes. Though its sets are more traditional than those of the expressionistic Caligari, Orlac employs other design strategies to convey the characters' seething emotions. Andrew Simpson is a composer, pianist, and organist, and professor of music at The Catholic University of America. (Robert Wiene, 1924, subtitles, 113 minutes)