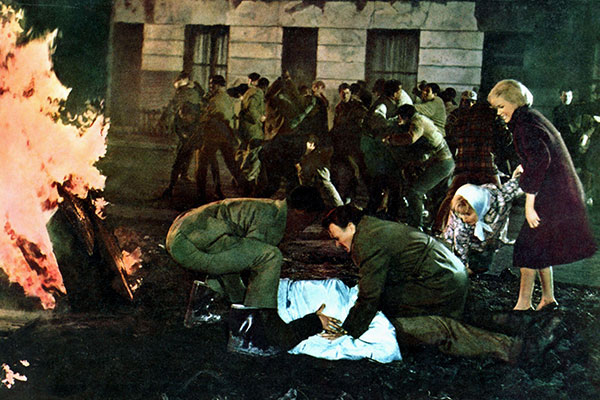 Flame in the Streets preceded by Jemima and Johnny

Registration is required and opens at noon on Friday, February 10.

Preceded by Jemima and Johnny, a cinematically allegorical short film set against the 1958 London race riots helmed by South African actor and director Lionel Ngakane. Centering the exploits of two children—Johnny, the son of a white supremacist and Jemima the daughter of West Indian Immigrants—who run off to play together on the streets of West London, the film explores the dynamic and contradictions of British race relations. Winner of the Golden Lion at the 1966 Venice Film Festival. (Lionel Ngakane, 1966, 35mm, 29 minutes)