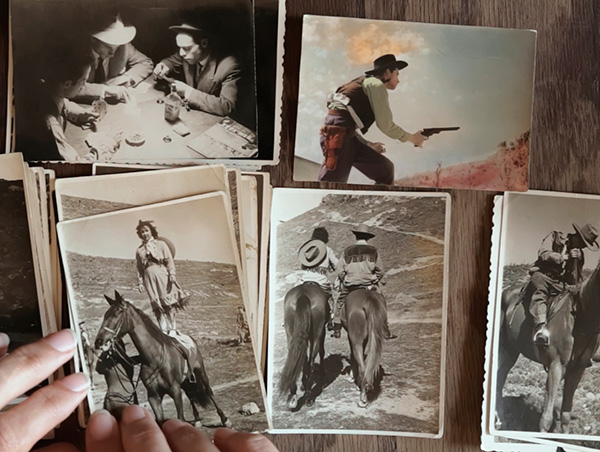 When Ione moves into the home of the late García siblings, she discovers that their lives remain latent in the objects they left behind. Through a piano, hundreds of drawings, thousands of pictures, and loads of tapes, she pieces together the characters of this film. Antonio worked as a comic artist for the Bruguera publishing house, Rosita was an opera singer and a pianist. Along with their brother Juanito, they transformed their home into a space of creativity, using fiction as an escape from the dark reality of the Franco dictatorship. Inside the walls of their home, the García siblings became classic film stars, World War II soldiers, gangsters, astronauts, sci-fi heroines, lonely cowboys on an eternal journey to the west... Their memory houses the history of the 20th century. Years later, with new inhabitants, their home is still a place where an alternate life is possible. (Ione Atenea, 2021, DCP, Catalán and Spanish with English subtitles, 81 minutes)