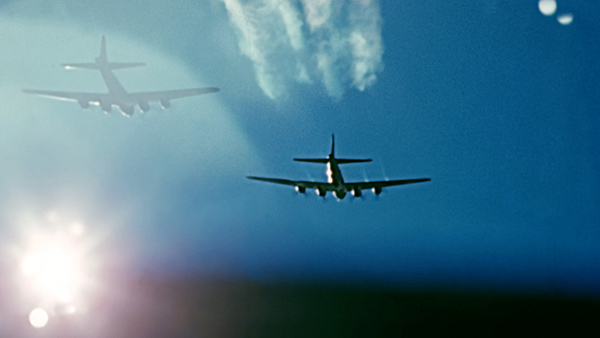 Canceled—Restoration: The Memphis Belle, Story of a Flying Fortress

A production team supervised by American film director William Wyler filmed the classic documentary The Memphis Belle, Story of a Flying Fortress during the spring and summer of 1943 on the Eighth Air Force bases in the United Kingdom and on bombing missions over Europe. The film was edited in Hollywood and released in April 1944. Since its original theatrical run, copies of The Memphis Belle have deteriorated, thanks to laboratory scratches inflicted on the original footage. In 2018, Wyler's original 16 mm negative was found, digitally restored, and more than 500 individual shots were exactly repositioned over the existing soundtrack. This heralded a new kind of film restoration — a literal recutting from scratch, while preserving the content of the original. Catherine Wyler is the daughter of director William Wyler. (William Wyler, 1943 – 1944, 45 minutes)