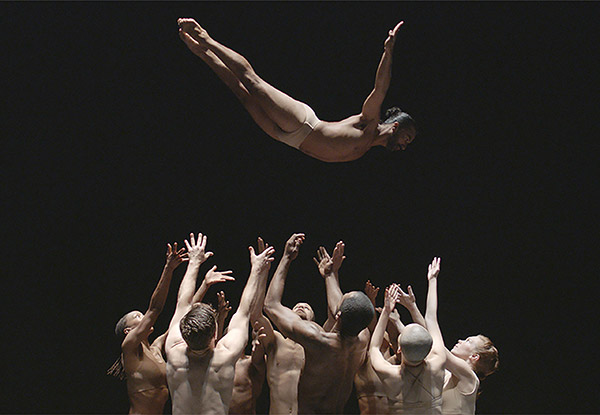 Can You Bring It: Bill T. Jones and D-Man in the Waters

Exploring the life-affirming process of creating and interpreting a work of performance art, this film chronicles one of the most powerful and influential dances of the late 20th century. Renowned dancer and choreographer Bill T. Jones had lost his partner in life and onstage, Arnie Zane, when D-Man in the Waters premiered in New York City in 1989. The AIDS pandemic was exacting a terrible cost, especially among creatives, but remained largely taboo until Jones openly and unapologetically addressed it through that work. A new generation of student dancers tasked with interpreting the piece and led by Rosalynde LeBlanc—an original member of the Jones/Zane Company and codirector of the film—comes to understand responsibility through dance, recognizing that shared struggle is at the core of any living community. Can You Bring It integrates the standard elements of talking heads, archival footage, and performance documentation with rehearsal videos for the revival. (Rosalynde LeBlanc and Tom Hurwitz, 2020, 93 minutes)