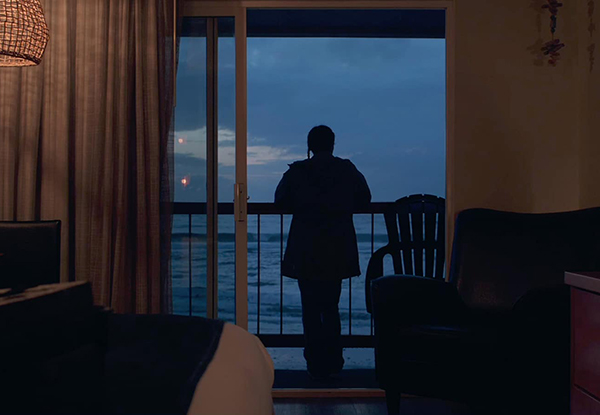 Streamed May 26 through June 1

Artist Sky Hopinka is building a profound body of work, much of it exploring what he terms “language as containers.” Indigenous language is at the core of Hopinka’s works, which include his own writings and recitations. His feature debut, małni – towards the ocean, towards the shore, departs, in his words, “from the Chinookan origin of death myth, with its distant beginning and circular shape.” Enchantingly expansive, the film nevertheless remains focused on the first person expression of the two main characters, Sweetwater Sahme, a young, grounded woman preparing for the birth of her first child, and Jorden Mercier, a new father with a growing family and deepening interest in community. The film is narrated mostly in Chinuk Wawa by Hopinka. The English direct address, when it happens, is subtitled in Chinuk Wawa. Synthesizing Sweetwater and Jorden’s personal narratives and recollections, Hopinka’s close relationship with each of them resonates through the lens, across many waters, and through the vastness of coastal forests. (Sky Hopinka, 2020, 80 minutes)

“Sky Hopinka is a member of the Ho-Chunk Nation and descended from the Pechanga Band of Luiseño Indians. His work, which he aptly calls ‘ethnopoetic,’ is built on that biographical data, but expands outward from it. . . . It rivals in visual and linguistic beauty any new art I’ve seen in some time.” – Holland Cotter