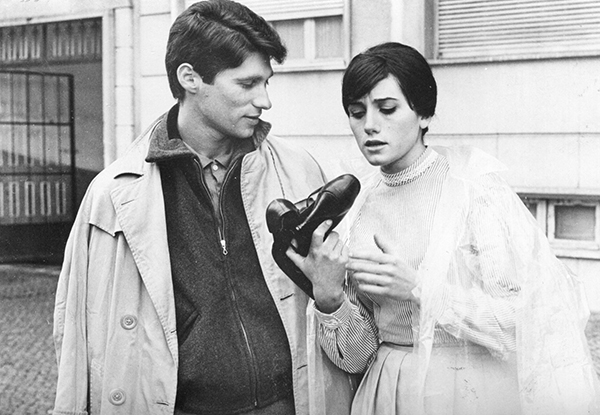 Follow nineteen-year-old Julio as he heads to Lisbon from the provinces and gets a job as a shoemaker for his uncle Raul. He soon meets Ilda, a confident young housemaid who becomes a regular visitor to their shop, and the two begin a tentative romance. But the realities of the outside world and their class differences complicate their idyll. Paulo Rocha’s 1963 debut feature—now digitally restored and released in the United States for the first time—won Best First Film at the 1964 Locarno Film Festival and ushered in the Novo Cinema movement in Portugal. (Paulo Rocha, 1963, Portuguese with English language subtitles, 89 minutes)

Each Wednesday the Gallery shares a unique film on its website, free of charge, for one week. Join us for recent restorations, classic art cinema, exceptional documentaries, and a variety of films by artists. Learn more about Virtual Cinema at the Gallery.