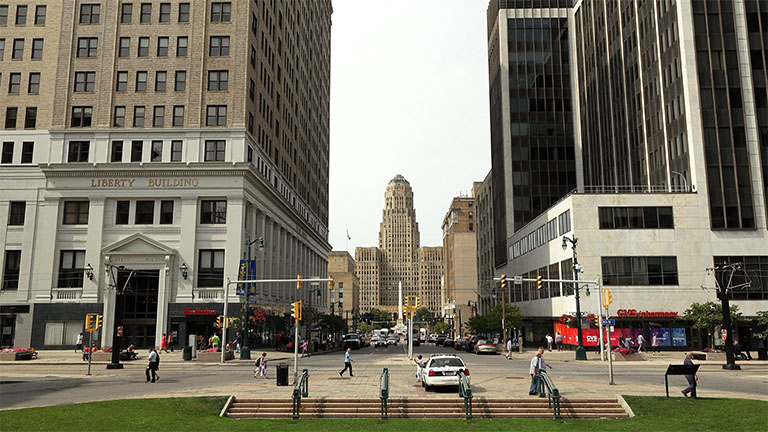 Buffalo, New York, is home to a number of architectural masterpieces, including Louis Sullivan’s Guaranty Building and Frank Lloyd Wright’s Darwin D. Martin House. Architecture is embraced as a treasure, but it can also be a burden to a city. Like many other American cities, Buffalo has suffered from economic downturn during recent decades. Moving back and forth between architectural documentation, historical testimony, and interviews with Buffalo residents, filmmaker Rima Yamazaki depicts many dimensions in her observational survey of architecture and cityscape in this prominent postindustrial American town. (Rima Yamazaki, 2018, 100 minutes)