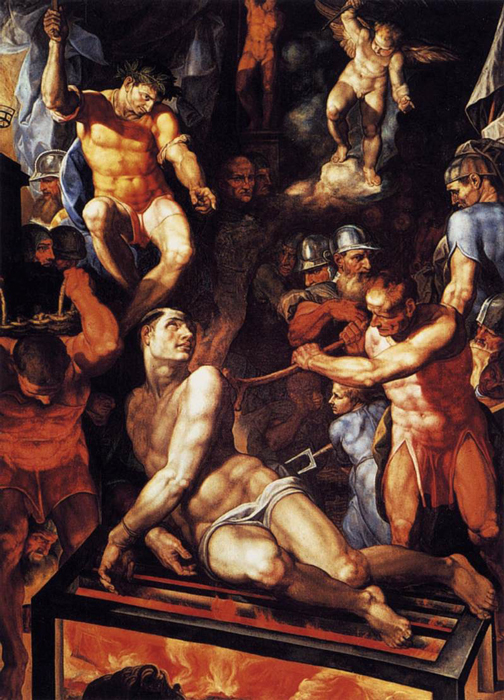 The Anti-Idol at the Escorial

Registration is required and opens Thursday, November 17, at noon.

Attend an in-depth presentation by Morten Steen Hansen, Ailsa Mellon Bruce Senior Fellow at the Center for Advanced Study in the Visual Arts, on translating sacred imagery at Spain's Escorial.

When King Philip II of Spain built the Escorial, at once royal palace, mausoleum, basilica, and Hieronymite monastery (1563–1584), he created a new, charismatic religious center. Art and architecture “translated” Rome and Jerusalem to Spain. The basilica received vast pictorial decorations by Spanish and Italian artists: Alonso Sánchez Coello, Juan Fernández de Navarrete, Federico Zuccaro, Luca Cambiaso, and Pellegrino Tibaldi, among others. The commissions coincided with crises over sacred images throughout Europe, sparked by the Protestant Reformation, in which the Reformers accused the Roman Church of idolatry. Iconoclasm in the Netherlands and neighboring France made painfully clear what some Protestants thought about religious imagery. Artists in Catholic domains responded by emphasizing idolatry as the great other of Christian representation.

At this public colloquium, Morten Steen Hansen traces the anxiety over idolatry at the Escorial in the representation of idols, the antithesis to the sanctified body; in dissemblance, a strategy of beholding that insists on the nonmimetic nature of the image; and in censorship, the removal of unwanted artistic license.