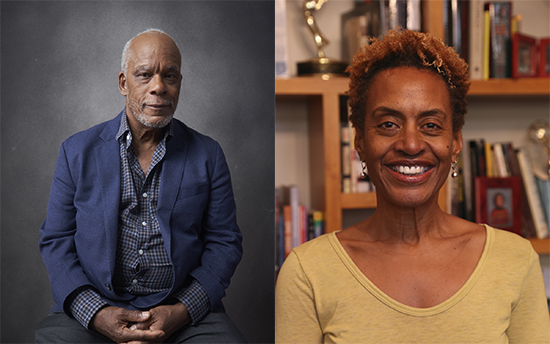 In 2000, Stanley Nelson and Marcia Smith founded Firelight Media, a nonprofit production company dedicated to using historical film to advance contemporary social justice causes. Through initiatives like the flagship Documentary Lab, Firelight Media’s programming has expanded to mentor, inspire, and train a new generation of diverse young filmmakers committed to elevating underrepresented stories. Firelight also builds impact campaigns to connect documentaries to audiences and social justice advocates. In this conversation as part of the Diamonstein-Spielvogel Lecture Series, Stanley Nelson and Marcia Smith discuss their own mentors and influences, their collaborative practice, and how Firelight has become a premier destination for nonfiction cinema by and about communities of color.

Under Smith’s leadership, Firelight received a MacArthur Award for Creative and Effective Institutions in 2016. Nelson is a documentary filmmaker whose work combines compelling narratives with rich and deeply researched historical detail, shining new light on both familiar and underexplored aspects of the American past. In addition to honors for individual films, Nelson and his body of work have garnered every major award in the industry, such as the MacArthur Foundation Fellowship (2002), the National Humanities Medal (2013), and the Lifetime Achievement Award from the National Academy of Television Arts and Sciences (2016). As a writer and film producer, Smith has been the recipient of a Primetime Emmy nomination for writing (2003), the Writers Guild Award for best nonfiction writing (2004), the Muse Award for New York Women in Film and Television (2016), and a Luminary Award from BlackStar Film Festival (2019), among others.

The list of Stanley and Marcia’s features are all on the Firelight Films filmography page, including their latest Crack: Cocaine, Corruption and Conspiracy (currently on Netflix).

The Diamonstein-Spielvogel Lecture Series provides a forum for distinguished artists to discuss the genesis and evolution of their work in their own words. Dr. Barbaralee Diamonstein–Spielvogel and Ambassador Carl Spielvogel generously endowed this series to make such conversations available to the public.