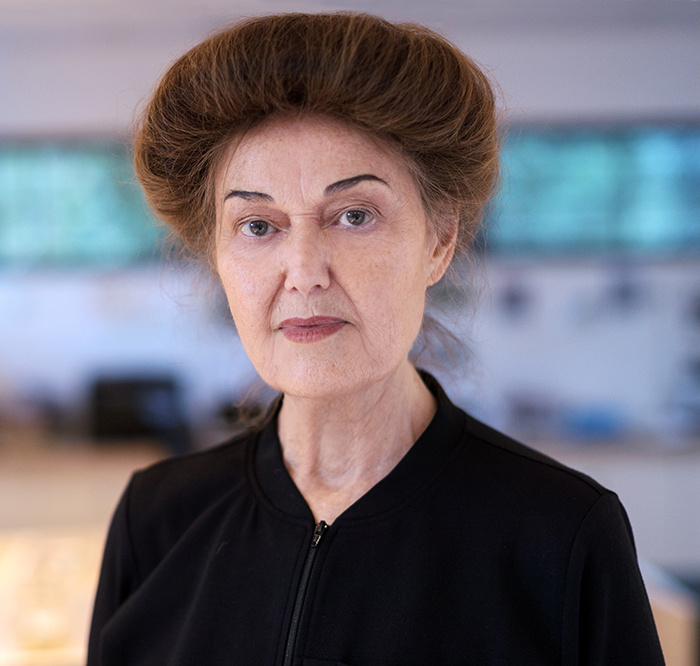 From the series Elson Lecture

Please note that this event has been postponed.

Mary Kelly, artist, in conversation with Shelley Langdale, curator and head of modern prints and drawings, National Gallery of Art

Mary Kelly is a conceptual artist and writer. For over four decades she has been addressing identity, sexuality, history, and memory through large-scale narrative installations. Kelly has been a central figure in discussions of feminism in art, and her practice incorporates the personal residue and material processes of daily life that inform her political reflections. In 1968, having just arrived in London at the height of the student movements throughout Europe, Kelly began her critique of conceptualism, informed by feminist theory and her involvement in the early women’s movement. During this time, she collaborated with artists Margaret Harrison and Kay Hunt on an installation called Women and Work: A Document on the Division of Labour in Industry 1973–1975. Between 1973 and 1979, she produced Post-Partum Document, a groundbreaking series exploring the relationship between a mother and her child, which caused a media frenzy when it opened at London’s Institute of Contemporary Arts in 1976. During the 1990s, Kelly began focusing on issues surrounding war. She developed the medium of compressed lint inscribed with text, which she has carried through to her current investigations of collective memory. Kelly’s work is represented in the Gallery’s collection by My James (2008), a postcard of compressed lint measuring nearly seven feet wide. It is addressed to James Earl Chaney, an American civil rights worker killed by the Ku Klux Klan in Mississippi in 1964.

If you have any questions, please contact [email protected]