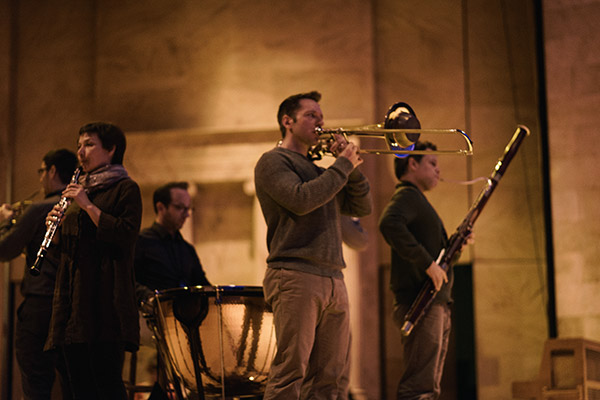 Alarm Will Sound is a 20-member band committed to innovative performances and recordings of today’s music. They have established a reputation for performing demanding music with energetic skill.

Their performances have been described as “equal parts exuberance, nonchalance, and virtuosity” by the Financial Times of London and as “a triumph of ensemble playing” by the San Francisco Chronicle. The New York Times says that Alarm Will Sound is “one of the most vital and original ensembles on the American music scene.” With classical skill and unlimited curiosity, Alarm Will Sound takes on music from a wide variety of styles.

Its repertoire ranges from European to American works, from the arch-modernist to the pop-influenced. They have been associated since their inception with composers at the forefront of contemporary music, premiering pieces by John Adams, Steve Reich, David Lang, Michael Gordon, Aaron Jay Kernis, Augusta Read Thomas, Derek Bermel, Benedict Mason, and Wolfgang Rihm, among others. The group itself includes many composer-performers, which allows for an unusual degree of insight into the creation and performance of new work.

Ten Thousand Birds is based on the songs of birds that are native to, or migrate through the American Northeast and Midwest. It explores the connections between nature and music, a topic that John Luther Adams has pursued over the course of his remarkable career. Most recently in Sila: Breath of the World and Become Ocean (for which he won the 2014 Pulitzer Prize and Grammy) he has portrayed—in big musical gestures—the awe one experiences in response to nature’s grandeur. In Ten Thousand Birds, on the other hand, the source of inspiration is particular birdsongs, captured in minute detail.

Ten Thousand Birds has an open, modular structure: each page of music can be combined in varied ways. Our 70-minute interpretation follows the cycle of a day, starting with birdsongs heard in the morning, then afternoon, evening, night, and return to morning. It also uses space by moving the performers around the venue as they play and encouraging the audience to walk around to experience the music from many perspectives.

Concert in celebration of American Silence: The Photographs of Robert Adams 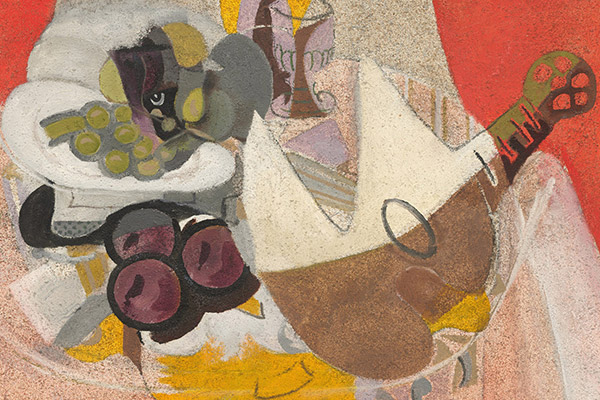