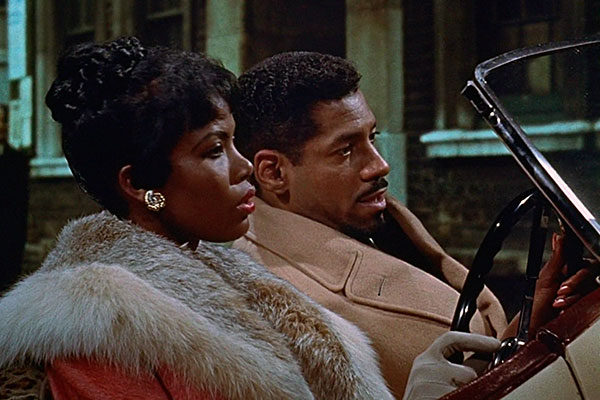 Sapphire represents an early cinematic attempt to address race, sexuality, and identity in post-war Britain through the vector of a crime drama. The narrative focuses on the investigation of the murder of a young woman “passing” for white by fusing together a murder mystery and underlying racial perceptions and assumptions into a searing portrait of 1950’s London. Winner of a BAFTA for Best Film. (Basil Dearden, 1959, 35mm to digital file, 92 minutes)

Preceded by Ten Bob in Winter, an early classic of Black British cinema considered one of the most notable short films to be financed by the BFI Experimental Film Fund. Through an innovative poetic narrative, Reckford explores the interior lives of the immigrant community that is reminiscent of Langston Hughes’ exploration of African American life. (Lloyd Reckford, 1963, 16mm, 12 minutes)