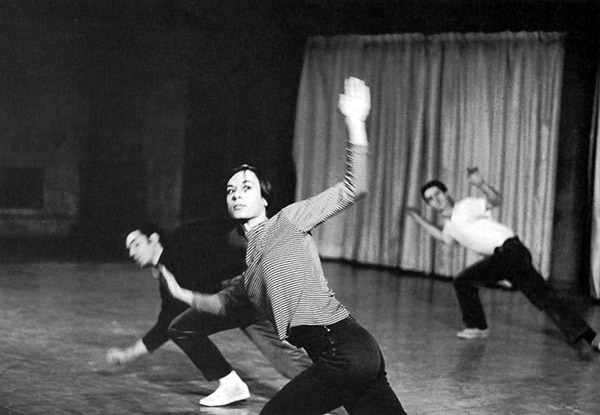 The Life of Yvonne Rainer

Transforming modern dance in the early 1960s with original pieces, like Trio A, that could be performed by completely untrained dancers of any age, Yvonne Rainer was one of the founding members of the Judson Dance Theater. Influenced by Merce Cunningham, she began developing sociopolitical choreographies that deliberately and humorously thwarted audience expectations and expanded the lexicon of modern choreography. In the 1970s, Rainer also began experimenting with film, at first integrating shorts into onstage performances and then developing experimental narrative features such as Lives of Performers (1972), Film about a Woman Who… (1974), and Privilege (1990). Titled after her memoir Feelings Are Facts, this documentary portrait includes interviews with Rainer herself, artist Carolee Schneemann, choreographer Lucinda Childs, and many other collaborators—all interested in, as Rainer put it, “opening up the palace gates of high art.” (Jack Walsh, 2016, 82 minutes)