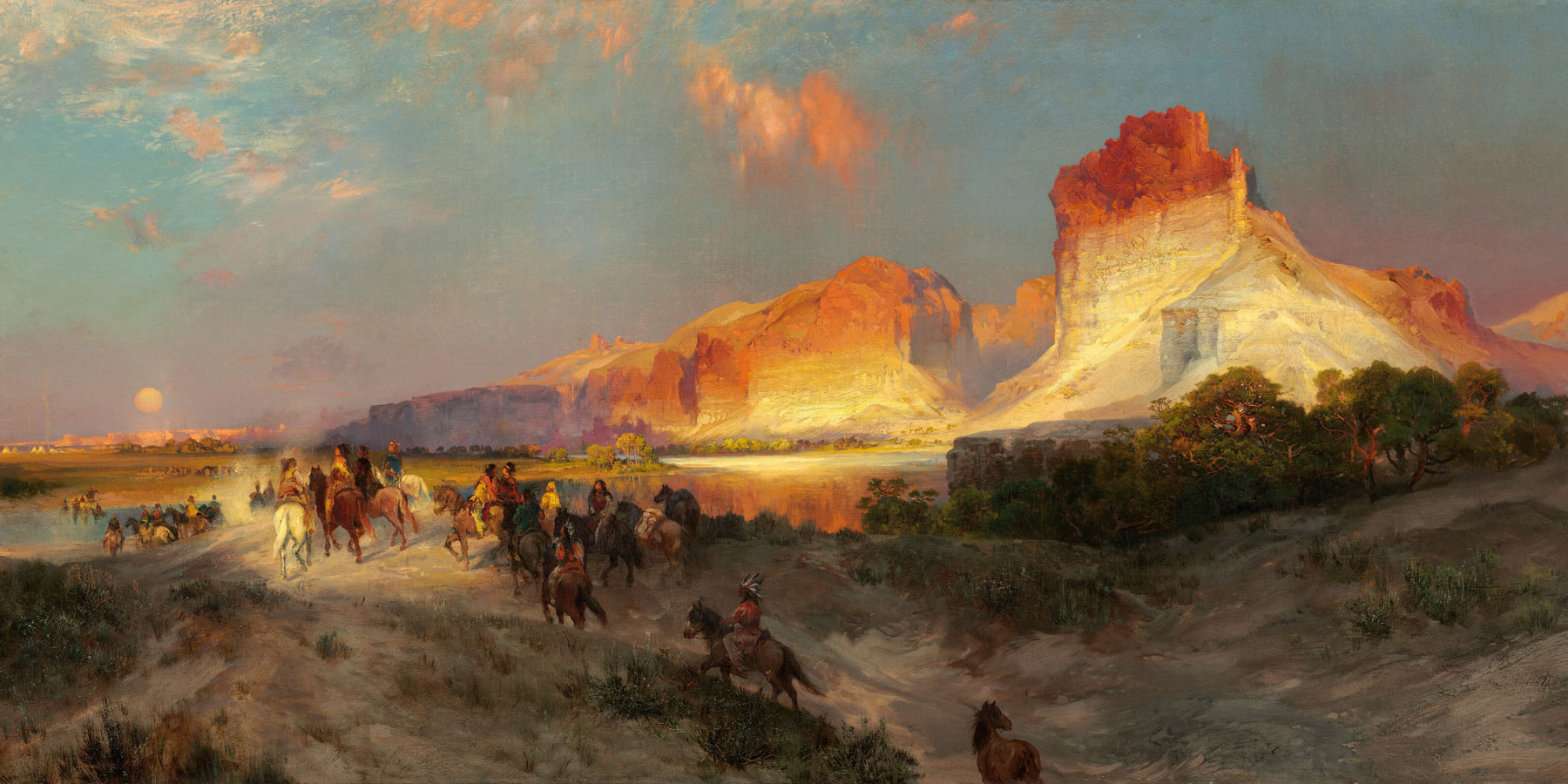 It is remarkable to consider that when the National Gallery of Art first opened its doors in March 1941, fewer than a dozen American paintings were in the permanent collection. These paintings—all gifts from the A. W. Mellon Educational and Charitable Trust established by the Gallery’s founding benefactor, Andrew W. Mellon—were displayed in only three rooms, while the balance of the space in the southeast quadrant of the West Building’s Main Floor, presently filled with numerous American masterpieces, remained empty, unfinished, and closed off. Gallery 60, a beautiful octagonal room to the south of the East Garden Court, was one of three galleries in which the first paintings in the American collection were exhibited. Even though portraits by Gilbert Stuart were initially on view there, the room, as seen in contemporary photographs, had a rather stark appearance (fig. 1). Visitors today associate gallery 60 with Thomas Cole’s epic cycle of four works, The Voyage of Life, an installation so felicitous one might wrongly assume that John Russell Pope, the renowned architect of the West Building, always had these paintings in mind when he designed the space (fig. 2).

Such confusion might well have pleased Mellon and Pope. While neither lived to see the opening of the Gallery, both had anticipated that others would bring to fruition what they had begun and would match the high standards they had first set. Pope’s expansive neoclassical design and Mellon’s extraordinary acts of generosity in building the museum and donating his art collection, as well as his request that the Gallery not bear his name, served effectively as an open invitation and a challenge to the nation as a whole to participate in the ongoing formation of a truly great and representative national collection. A marriage of public support and private generosity ensued: Congress agreed to provide funding for the staffing and maintenance of the new building, while the collections would be acquired solely through private means.

Mellon and Pope modeled the institution after London’s National Gallery, and just as that august organization integrated the finest British art into its collections, so the National Gallery of Art would aspire to display the best of American art alongside the masterpieces of other national schools. The belief that American art merited equal attention with the great cultural legacy of Europe was by no means universally accepted at the time. Americans themselves had often been ambivalent about the arts. During the early life of the country, when the nation’s citizens were faced with pressing practical and utilitarian challenges, cultural pursuits were more often associated with Europe and their validity in the New World was questioned. In later years, even when American accomplishments in the arts were acknowledged, the works were frequently considered derivative or of a lesser order than those of Europe. By contrast, Pope’s majestic building, composed of Tennessee marble, with Indiana and Alabama limestone, Vermont marble, Alabama Rockwood Stone, and American oak in its interiors, confidently proclaimed a place for the United States in the history of Western culture.

The American Collection: History and Promise

A Work of the People

Slideshow: Portraits of the Founding Benefactors

Return to the American Paintings homepage