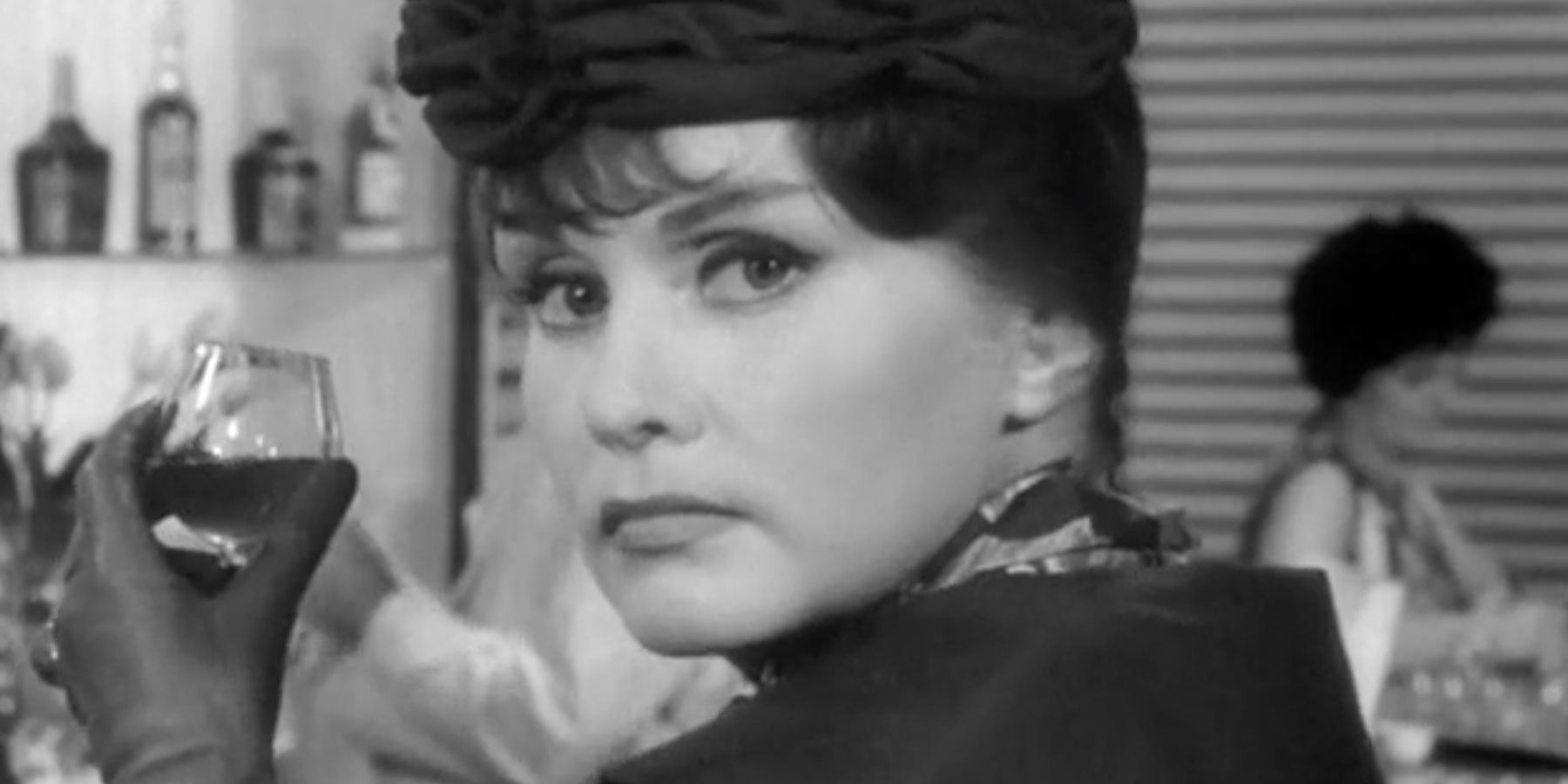 In one of the scenes of The Saragossa Manuscript, Alfons van Worden contributes to a philosophical discussion among Don Pedro Uzeda’s guests by claiming that the complexity of the world can be best described in poetry. His words resonate in an interesting way with Has’s reflection on poetry in cinema as stated in an interview for the magazine Film in 1971:

It seems to me that the broadly understood formula of poetic cinema is able to convey the kaleidoscopic changeability and high emotional temperature of reality; to unite into a single harmonious but also a moving whole the real and the imagined world, myth and reality, props from the epoch and the game of imagination, memory of customs and oneiric mirage, historical fact and invention, colour and shape. My first attempt to create such cinema was The Saragossa Manuscript. I would like The Hourglass Sanatorium to pursue this formula further and develop it.[1] The encounter between reality and imagination—the foundation of Has’s vision—provided a major theme of The Saragossa Manuscript, a film brimming with magical and supernatural occurrences, albeit with a pinch of irony. As Marcin Maron comments, however, it was only with The Hourglass Sanatorium that Has ultimately fulfilled his formula for poetic cinema. This film came as a culmination of an artistic strategy that had been consistently developed in the previous films, the director’s creed as expressed in the 1971 interview.[2] Indeed, The Hourglass Sanatorium is a film where reality and imagination are inextricably entangled, a motion picture that may appear as a fascinating, yet somewhat unclear and dreamlike, sequence of scenes that follow each other like images in a kaleidoscope. Akin to The Saragossa Manuscript, the film is a puzzle that needs to be solved—both by the protagonist, who travels through a maze of time, space, memory and culture, and by the viewer who follows him through the labyrinthine cinematic structure created by Has.

In an attempt to unpack the complexity of the film, it may be helpful to ask a somewhat mundane but revealing question: What order and concept frames the scenes of the protagonist’s hectic journey across the fluctuating dimensions of time and space? Maron discerns five sequences in the film’s structure. The plot begins with a sequence showing Józef’s arrival at the mysterious sanatorium, the place where his journey begins. In the second sequence, this journey takes him through explorations of his childhood memories in search of the meanings inherent in the world of his youth, a world that he both remembers and imagines. The third sequence marks a passage from the realm of individual memory and imagination to the sphere of the collective, specifically the family and society, as well as Jewish culture, as exemplified by the trading activities in the shop and the Shabbat feast. Maron identifies the fourth sequence—bringing the mannequins to life, the chase scene, and the return home—as reaching a certain cognitive limit due to the exhaustion of imagination, memory, and reason. In the final sequence, we witness a transgression of this limit, which leads the protagonist to the sphere of the mystical experience of non-knowledge.[3]

This division of the scenes in The Hourglass Sanatorium, which introduces a certain order into a film that is otherwise deprived of clearly defined parts or chapters, rests on the understanding that Józef’s journey is a comprehensive cognitive process. As Maron explains, this process leads the protagonist in search of a universal knowledge and understanding of “life, death, fate, identity, faith, religion, memory, community, history, tradition, etc.”[4] Thus, the cinematic peregrinations in search of understanding become far-removed from linear journeys in time and space; the protagonist follows a tangled path that leads him through the realm of his experience, memory, and dreams. The territory that Józef roams is his inner self. Józef’s mental and emotional journey through the depths of memory and his inner self draw an exquisite and suggestive portrait. As with the films previously discussed, this portrait is also an adaptation of a literary work, the poetic prose of Bruno Schultz, which gave the director a model both to follow and to confront. Schultz’s short stories posed a remarkable challenge in terms of film adaptation. The Hourglass Sanatorium combines characters, themes, and motifs from a collection of short stories bearing the same title. Has portrays Schultz’s prose, which revolves around the writer’s hometown (Drohobych) and powerful initiations to life,[5] in a way that faithfully and convincingly conveys its spiritual and oneiric qualities.[6] Nevertheless, as was the case with Has’s previous adaptations, the film successfully stands on its own as an autonomous work and embodies the cinematic spirit of its creator.

The philosophical and religious teachings of Judaism, which provided a significant foundation for The Saragossa Manuscript, are also deeply embedded in Schultz’s work and Has’s film adaptation. Jewish traditions and customs form an integral part of the plot and setting, while Józef’s quest for understanding and the specific “entanglement of narratives, thoughts, visions, concept, and symbol” emanate the spirit of Cabala.[7] The Hasidic context of the film is derived from Schultz’s prose; The Hourglass Sanatorium is a sensitive and vibrant portrait of this ancient community that lends the film mystical cinematic qualities. Still, Has is far from treating Jewish symbols and traditions merely as ornamentation.[8] The setting and the symbolism of the film deeply resonate with the experience of Józef’s journey through a maze of memories and dreams.

To portray this spiritual journey, Has set his film in a reality of mesmerising visual qualities. This reality was made possible by the director’s elaborate temporal operations, flexibly embracing an array of the filmic reality’s dimensions.[9] Iwona Gródź identifies flexibility as a characteristic that applies both to the temporal and to the spatial and visual aspects of The Hourglass Sanatorium.[10] Once again, the viewer is confronted with a setting that appears to devour the characters with its lush thicket of objects. Akin to ivy, the spaces seem to weave around the protagonist as he roams the ruined, yet monumental, interiors of the sanatorium.[11] The visual wealth and aesthetic elaboration of the porous and viscous environment is a quality that the film shares with other works by Has, including his earliest productions marked for their mostly small-scale, intimate settings.

The “flexible and innovative operations conducted on time in the film” allowed Has to successfully interpret Schultz’s literary work.[12] In The Hourglass Sanatorium, time once again emerges as a fundamental component of the reality created by the filmmaker. The film can be regarded as a many-sided cinematic portrait of time as understood in the broad contexts of psychology, philosophy, religion, and history.[13] Has’s vision embraces the dimensions of time that range from individual experience (Józef's personal journey) to time seen from a variety of collective perspectives (such as familial, cultural, religious, etc.). As the protagonist travels from scene to scene, often experiencing abrupt spatial and temporal shifts, these multiple layers of time merge, overlap, and co-occur. Thus, the portrait that Has paints in his film is a nonlinear and non-singular vision of time that fluctuates rather than steadily flowing forward. “When Józef participates in the Shabbat feast, the events concerning Bianka and the mannequins continue in a parallel dimension that cannot be shown on the screen. That is why he will be free to return to them.”[14] Memory emerges as an important pillar of the temporal realm developed by Has. Maron highlights a remark made by the blind conductor who directly refers to the “side-roads” that time follows in order to contain events that, as Józef reflects, “do not have their own place in time” and do not fit within time.[15] Another such explicit reference to the “malleability” of time is made by Dr. Gotard in response to Józef's enquiries about his father: “The trick is we have moved back time. We are behind time here by a certain interval. . . . Here, your father's death simply has not yet come to effect.” The temporal manipulations carried out at the sanatorium incarnate the flexible nature of time that the film seeks to convey.

As different as Has’s films are from each other in terms of time, context, and atmosphere, the director managed to establish a stylistically distinctive type of cinematic reality that is shared across his films. Lush settings remain interconnected with the subjective psychological experiences of the protagonists, while time and memory are the prevalent factors that regulate the mechanics of the films’ structures. The consistency of this reality seems to result from the fact that, as Marcin Maron points out, Has’s protagonists operate primarily in the mental and spiritual sphere and not the material realm.[16] Has’s films are distinctive in their masterful portrayal of mental states through a reality with a wealth of dimensions. It is a major component of the director’s unique style that spans across his entire cinematographic oeuvre—monolithic, but composed of very different films.[17]

Łukasz Mojsak is an art historian and linguist, associated with the Museum of Modern Art in Warsaw and the Arton Foundation in Warsaw. His research and focus is on the propagation of artists’ moving images. As curator, he has organized many screenings, projects, and exhibitions, such as Propaganda Projector (Gdynia, 2013), Across Realities: Films by Wojciech Bruszewski (London, 2013), Wojciech Bąkowski's Profile screening at Internationale Kurzfilmtage Oberhausen in 2014, Out of the Black Room (co-curator, Katowice, 2015), and Ludmiła Popiel (Warsaw, 2016), among others. Mojsak is also a translator of texts on art, philosophy, and culture, including the Polish edition of Deschooling Society by Ivan Illich (2010), among many others.

Previous: A Film Found in Saragossa

[6] Gródź identifies the dense and lush visual setting of the film with an attempt to convey the density of Schultz’s literary language. Gródź, Zaszyfrowane w obrazie, 359. (back to top)

[7] Maron, Dramat czasu I wyobraźni, 383. The omnipresent motif of the Book is merely one of a myriad of symbols that locate Has’s work in the Jewish context.  (back to top)

[10] Gródź, Zaszyfrowane w obrazie, 344. The author highlights the use of light and dark to blur the shapes as a major visual quality of the film. (back to top)