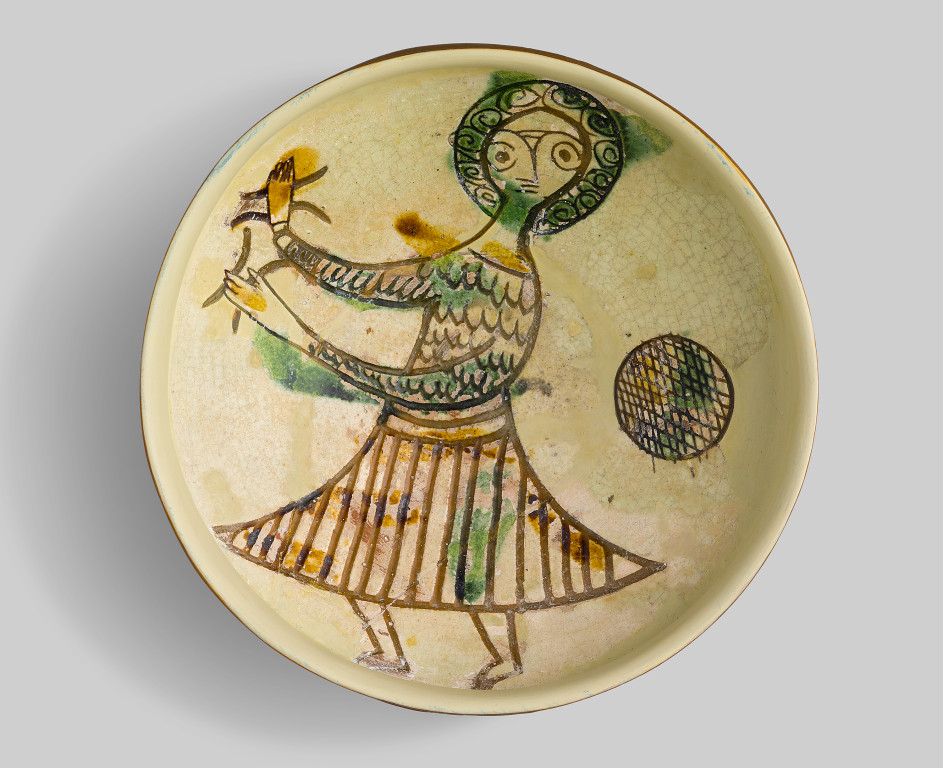 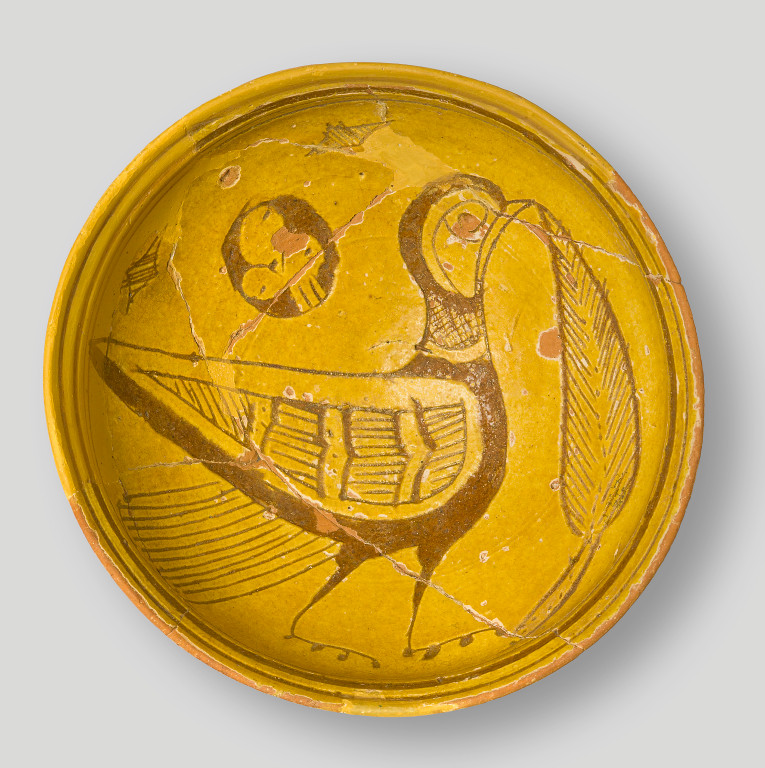 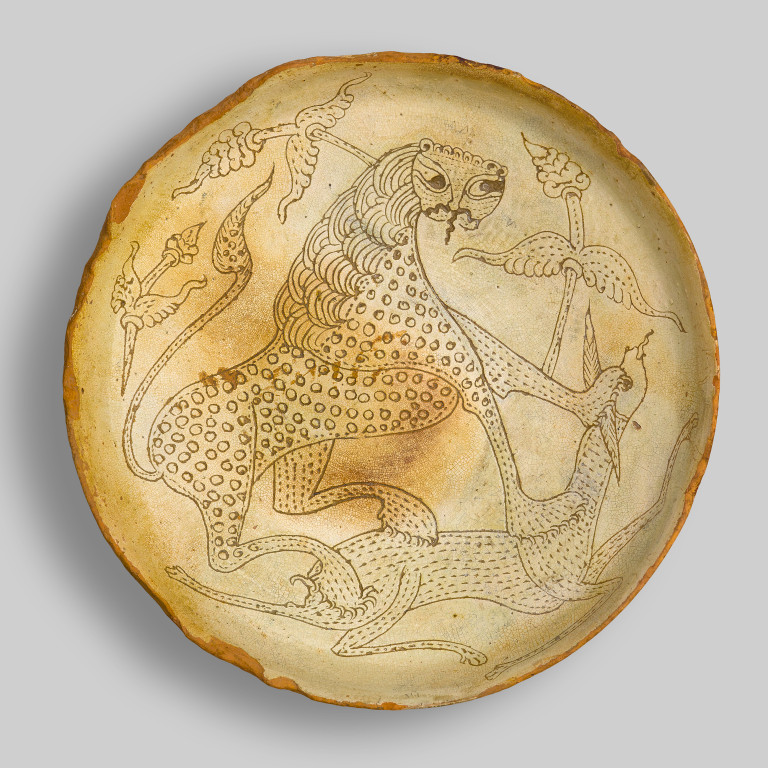 The rich mane, spotted body, and tail ending in a tuft identify the attacking animal as a cheetah. Often mentioned in Byzantine texts, trained hunting cheetahs could belong only to emperors or people in high imperial favor. This plate was part of the cargo of a shipwreck in the northern Aegean Sea. Excavated in the 1970s, the ship had been carrying mostly ceramic tableware, storage vessels, and lamps, indicating the importance of glazed pottery as trade goods. 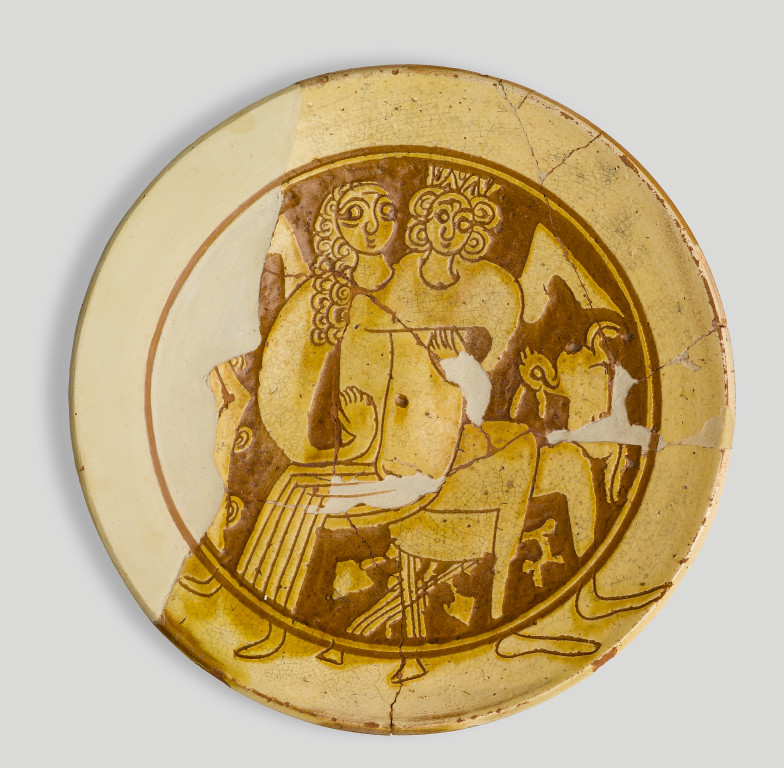 A man seated on a folding stool embraces the woman on his lap. He may be the Byzantine epic hero Digenes Akritas with his wife Kore or his lover, the Amazon queen Maximo. Their feet and that of the stool are incised outside the central medallion. A rabbit, symbol of lust and fertility, sprints to the right.