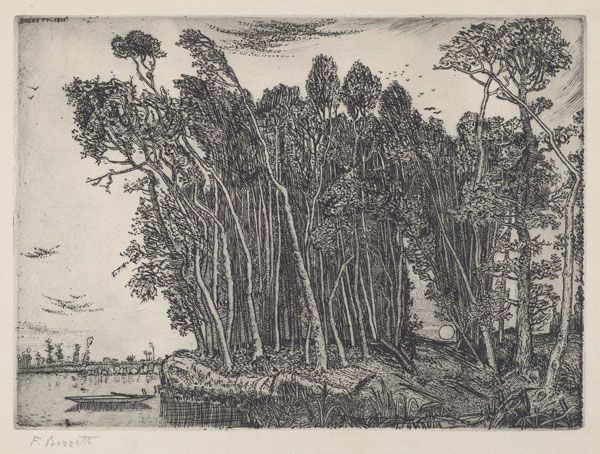 Bozzetti’s etchings carried the Piedmontese tradition of landscape etching into a distinctive modern idiom. His style involved elements from three approaches: Italian divisionism (a movement similar to French pointillism), led by Vittore Grubicy, whose etching appears in the previous room; post-impressionism—one contemporary critic called him “the Italian Van Gogh” because of the rich, tortuous handling of his paint and etching needle; and, most unusual, seventeenth-century Dutch landscape etching. This print’s planar composition, the curious shape of its trees, and the dense marks represent an homage to one of the first masters of that school, Willem Buytewech. 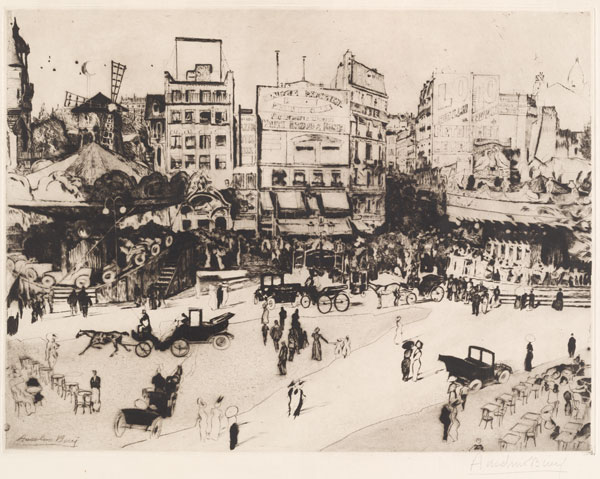 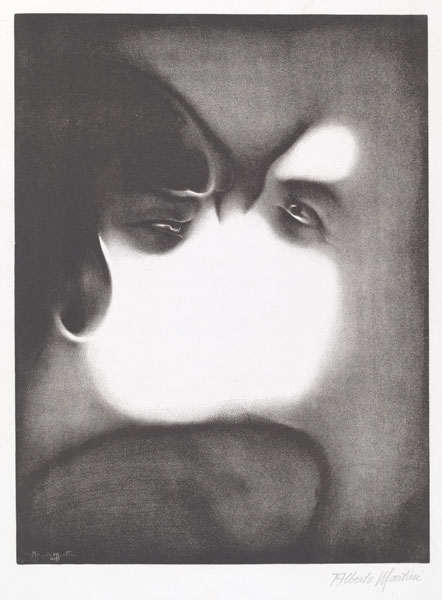 Kiss was created at the peak of Martini’s activity as a printmaker. Unusual in the panorama of Italian modern art, its visual double entendre—the two approaching faces implied as one—and symbolic meaning—opposites attracting and generating heat as light—as well as fine control of lithography relate it to French print projects of the 1890s. Reckoning with how to represent not the appearance but the drives and energy of desire, this print also suggests familiarity with Freud’s recent theory of the unconscious. Most of Martini’s work is illustration, at first in a minutely realistic style influenced by northern Renaissance printmakers, then by the 1920s featuring macabre imagery that marks him as a precursor of surrealism. 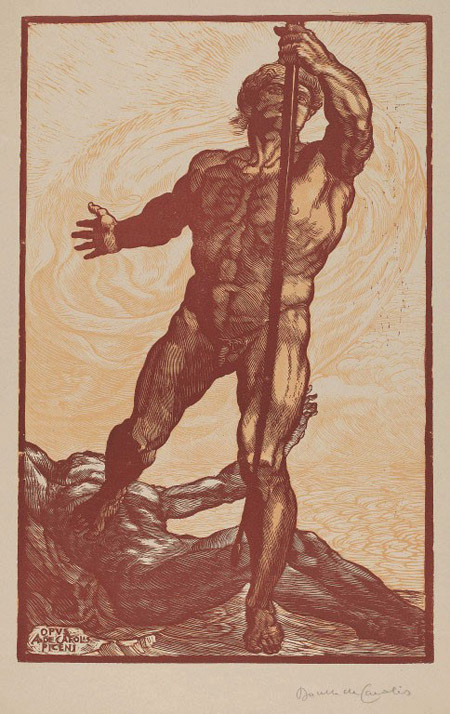 De Carolis was the preeminent woodcut artist and illustrator in Italy at the beginning of the twentieth century. The Archer is an unusual example of a print created independent of any text. The heavy outlining and the dense, swirling patterning of the background place this print squarely in the early twentieth century, even while the twisting, muscular figures and the technique of multiple-block color printing—so-called chiaroscuro woodcut—are characteristic of mid-sixteenth-century Italian mannerism. 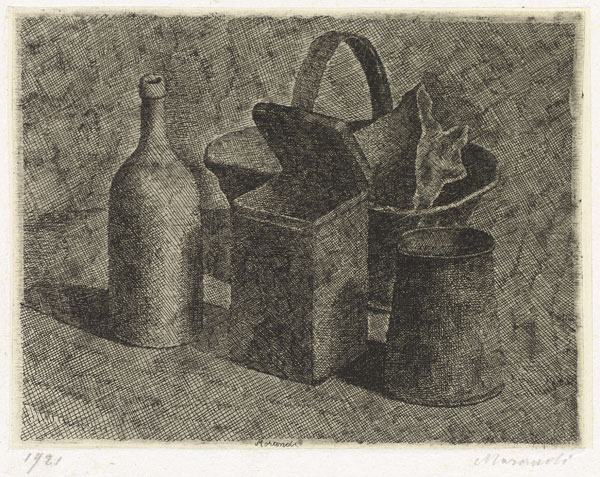 Morandi was the great individualist of twentieth-century Italian art and a singular figure in modern printmaking. He collaborated early with the futurists and flirted with the so-called metaphysical painting of Giorgio de Chirico and Carlo Carrà, which reaffirmed representation and symbolic forms, but took his direction from Paul Cézanne and inspiration from old masters who had been concerned with pure form, like Piero della Francesca and Jean-Siméon Chardin. This small still life is one of Morandi’s earliest prints, from the year of exhibitions of his work in Berlin and Hanover that established his international reputation. Unwavering in focus and discipline, he would explore this type of distilled, meditative realism in still lifes for the next forty years.