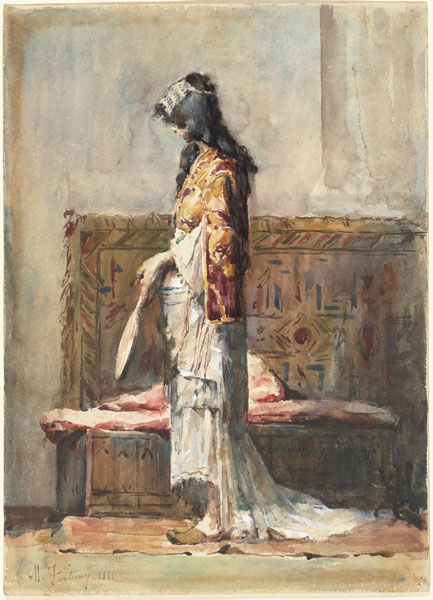 A Moroccan Woman in Traditional Dress, 1866
watercolor with touches of gum, heightened with white gouache
Purchased as the Gift of Alexander M. and Judith W. Laughlin, 2013.176.1

Fortuny’s visit to Morocco in 1860 inspired his fondness for exotic subjects, such as this Moroccan woman and the adjacent etching of a dead Algerian. The striking palette, remarkably varied textures of materials, loosely applied pigment, and freedom of handling exemplify the qualities that Fortuny’s contemporaries greatly admired in his work. Spanish born, Fortuny traveled incessantly but spent much of his last decade in Rome. His etchings, all made in this late period, inspired a generation of Italian printmakers to take up the technique and echo his style. 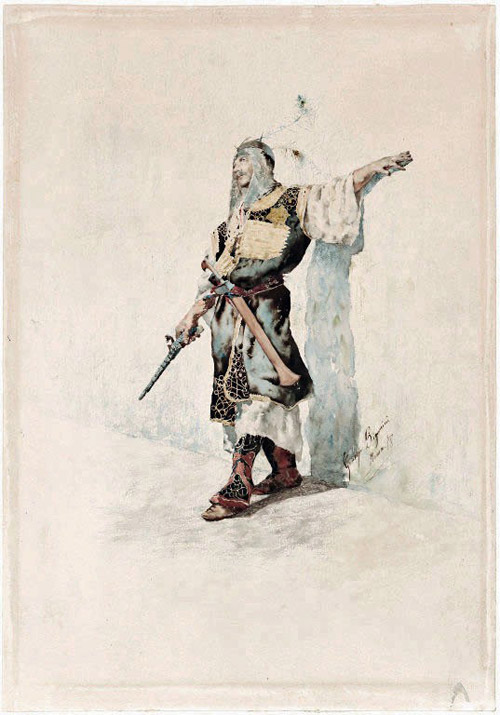 A Moorish Soldier before a Sunlit Wall, 1878
watercolor over graphite
Purchased as the Gift of Alexander M. and Judith W. Laughlin, 2014.53.2