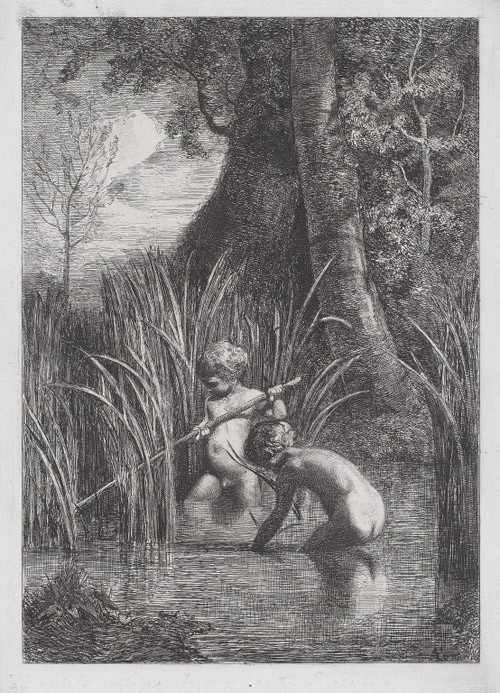 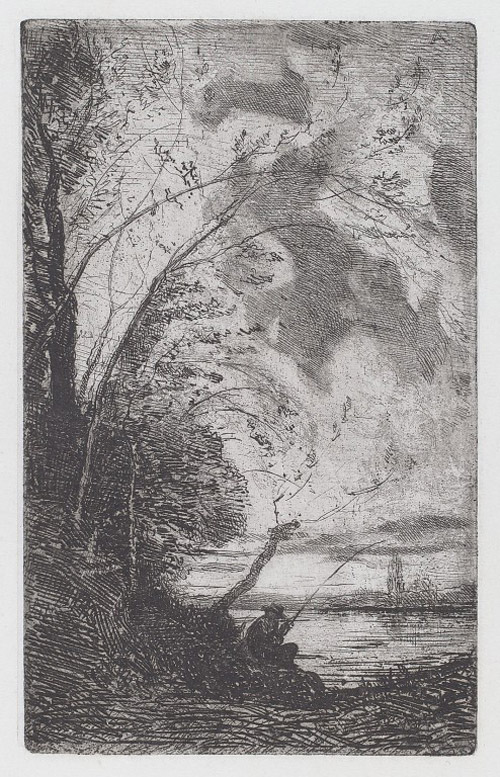 Fontanesi was one of the most poetic landscape painters in nineteenth-century Italy. Around 1860, inspired by French contemporaries such as Jean-Baptiste-Camille Corot, his printmaking turned from generic urban views to etchings of gentle bucolic subjects, characterized by subtle tonal modulation and delicate touch. Fontanesi’s prints inaugurated the revival of the technique of etching as a means of personal artistic expression in Italy. Although few of them were published in a large edition—Italy lacked a developed culture of print collecting—they inspired many printmakers in the northern Italian city of Turin through the second half of the century. 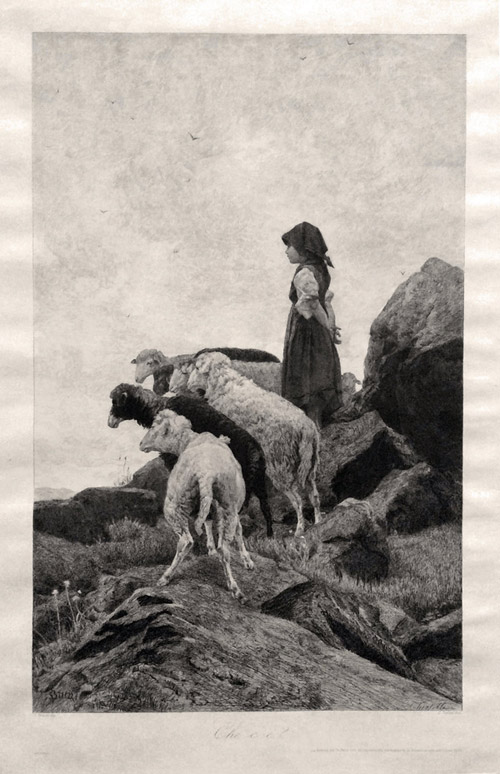