In the Forest of Fontainebleau: Painters and Photographers from Corot to Monet 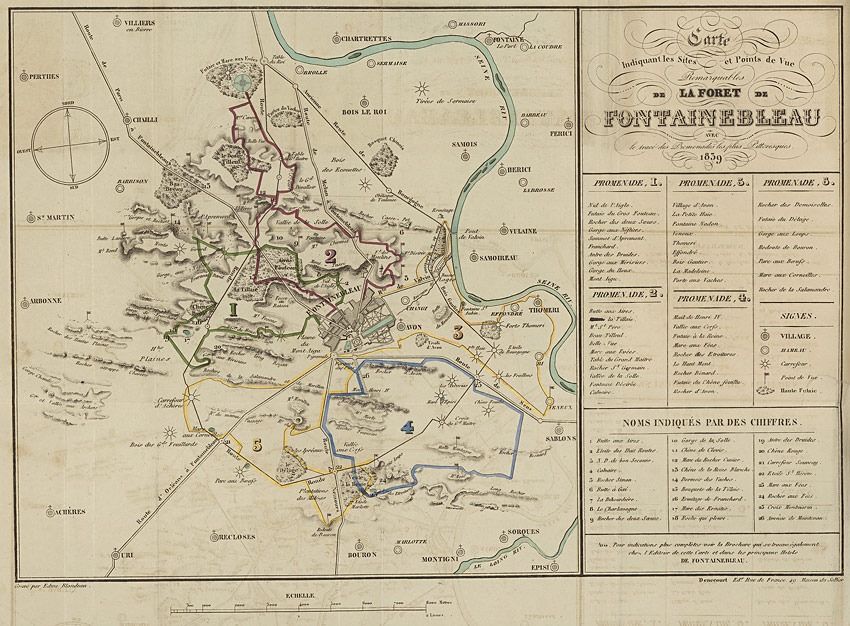 Once the domain and hunting ground of kings, the Forest of Fontainebleau, some thirty-five miles southeast of Paris, is where French landscape painting and photography took root. Rough and unspoiled, the forest was exalted as an example of nature in its purest state. Its distinctive terrain — verdant woods, magnificent old-growth trees, imposing rock formations, and stark plateaus — offered a wealth of motifs that attracted painters and photographers alike. The forest was such a point of national pride that a portion of it was set aside in 1861 as the first nature preserve in history.

Like Italy before it, Fontainebleau became an obligatory destination for any serious landscape artist. During the 1820s and 1830s, painters such as Jean-Baptiste-Camille Corot and Théodore Rousseau helped to transform the nearby villages of Barbizon and Chailly into informal artists’ colonies and the forest into an open-air studio. Through their close observation of the native countryside, these artists sparked a movement known as the Barbizon School that introduced a new sense of naturalism into landscape painting and challenged the French Royal Academy’s preference for idealized pastoral visions of nature. In the 1860s a new generation of artists that included Claude Monet, Alfred Sisley, and Auguste Renoir discovered Fontainebleau, laying the foundations for the light-filled depictions that would bring them fame as impressionists.

A decade after the introduction of photography in 1839, photographers such as Gustave Le Gray arrived in the forest, similarly seeking to capture the ephemeral moods of nature. Often working side by side, photographers and painters inspired each other to explore new ways of representing landscape. This exhibition brings together paintings, pastels, and photographs, as well as artists’ equipment and tourist ephemera, to celebrate the dynamic relationship between artists and locale at a crucial point in history when a new modern art was forged in the Forest of Fontainebleau.

The exhibition is made possible by The Florence Gould Foundation. 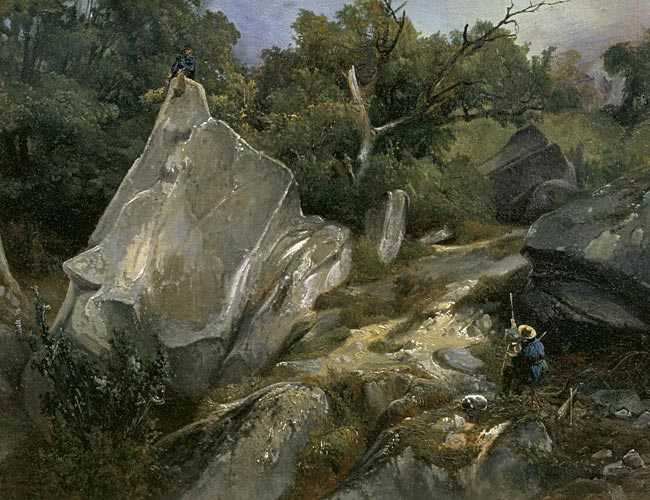 Augustin Enfantin, An Artist Painting in the Forest of Fontainebleau, c. 1825, Private collection 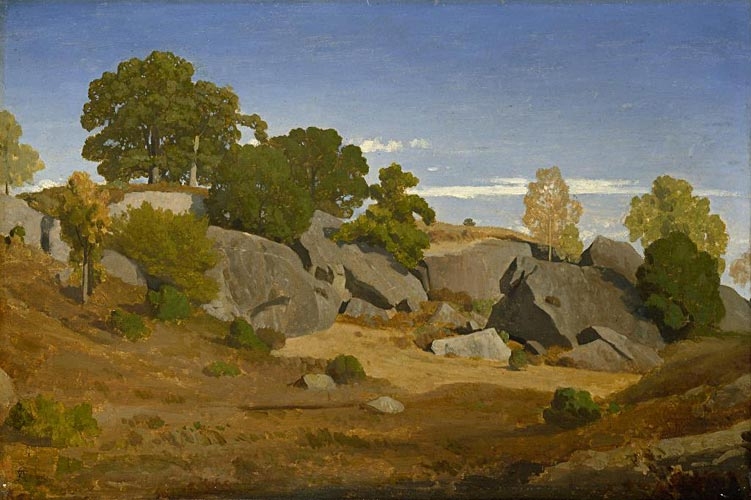 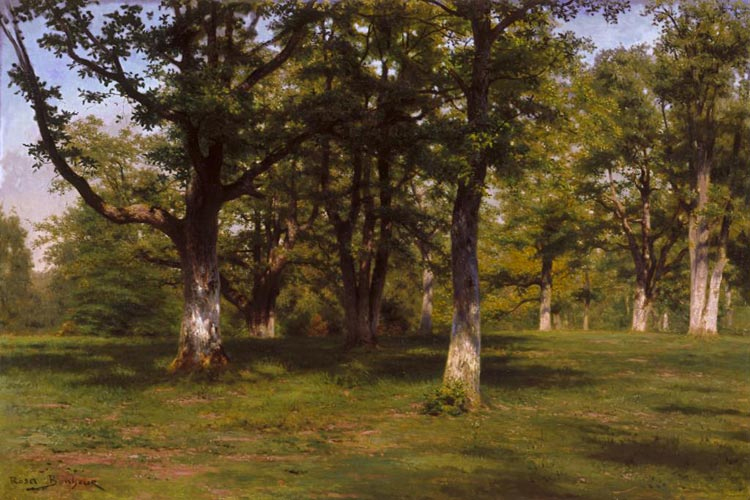 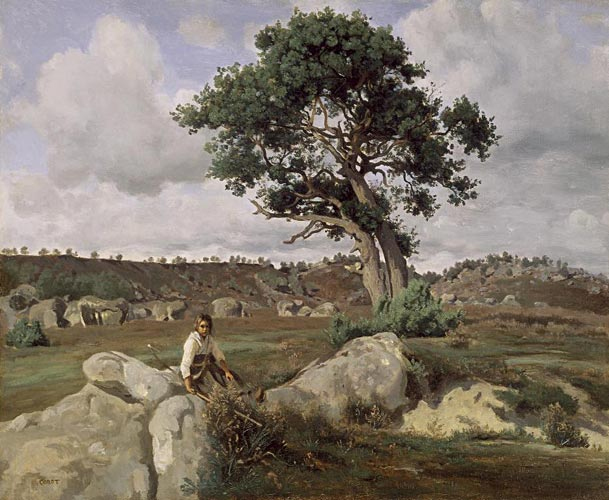 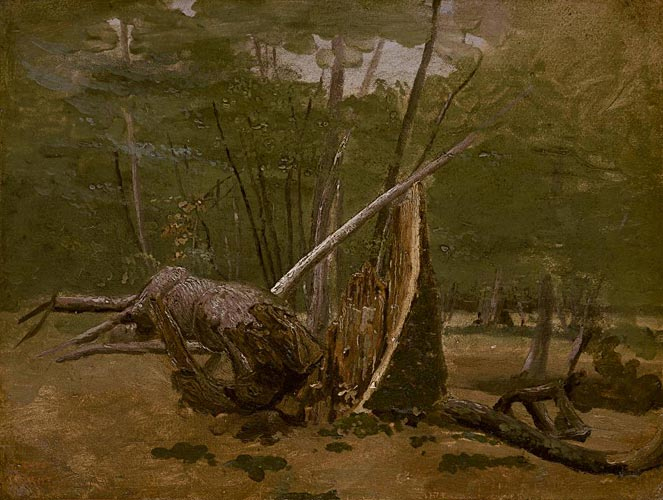 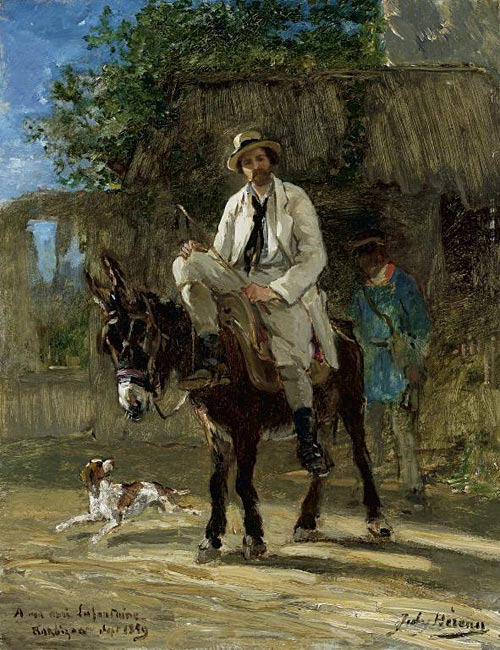 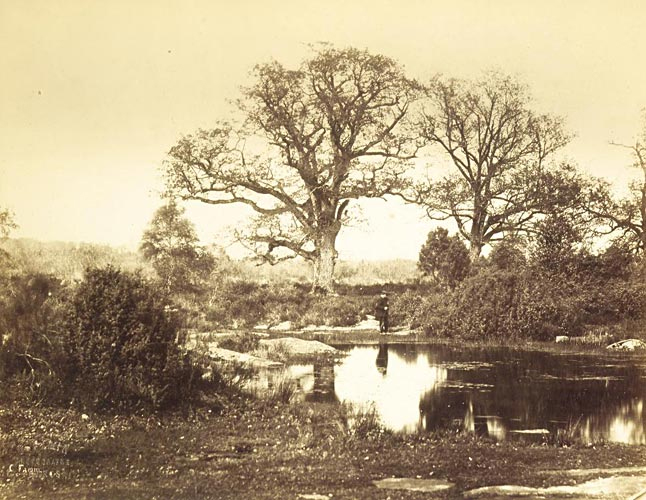 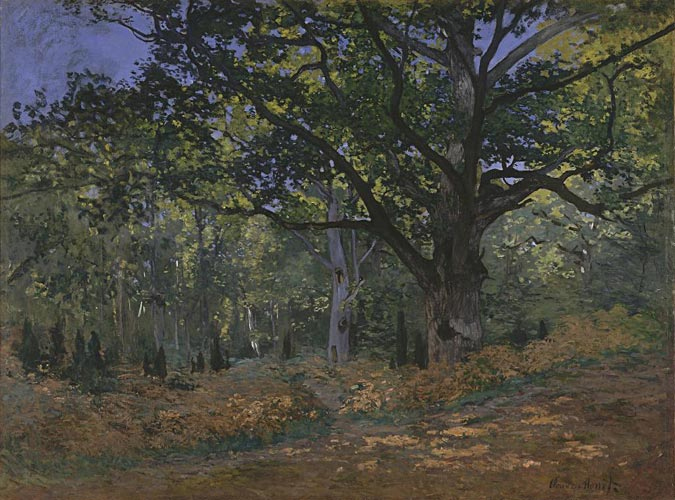 Claude Monet, The Bodmer Oak, Fontainebleau Forest, 1865, Lent by The Metropolitan Museum of Art, Gift of Sam Salz and Bequest of Julia W. Emmons, by exchange, 1964 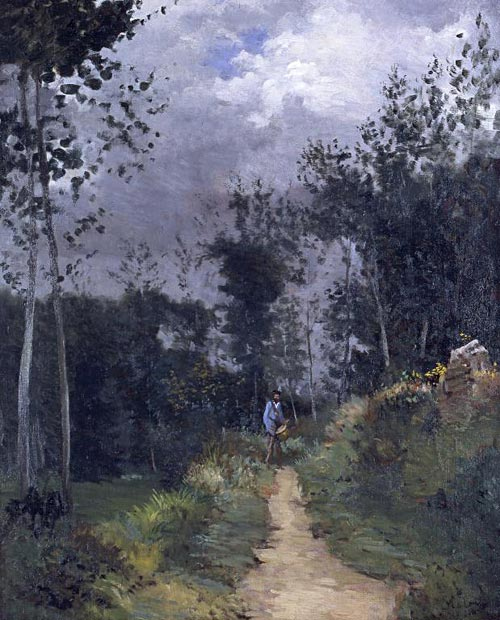 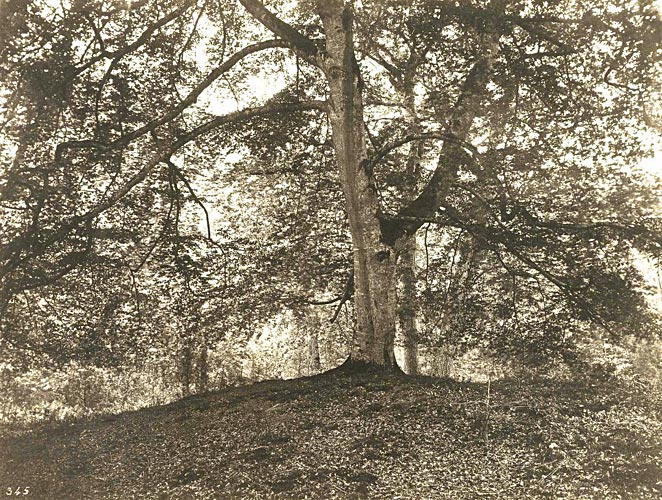 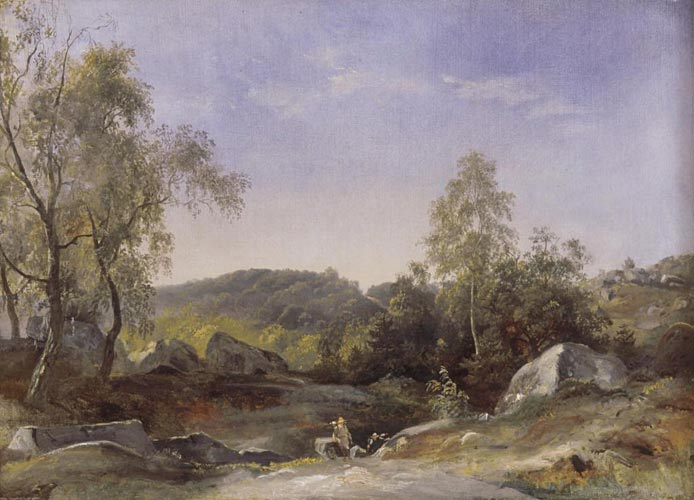 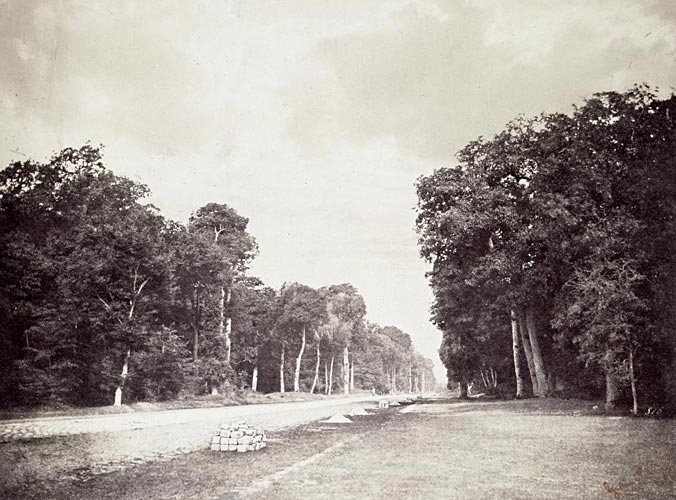 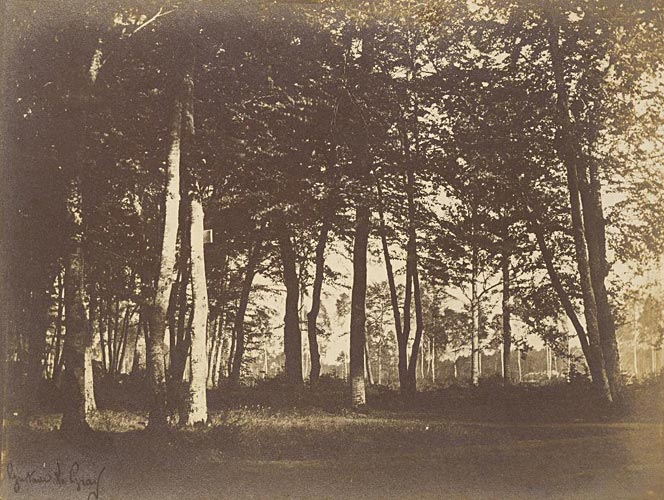 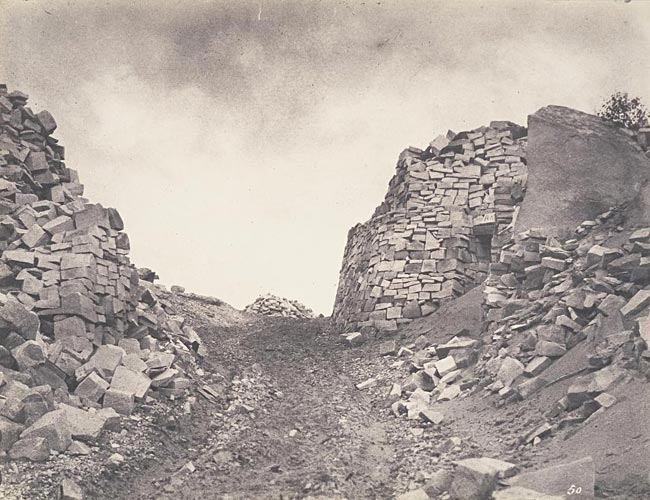 Eugène Cuvelier, Quarry at the Sands of Macherin, 1863, Lent by The Metropolitan Museum of Art, Purchase, Harriette and Noel Levine Gift and Rogers Fund, 1996 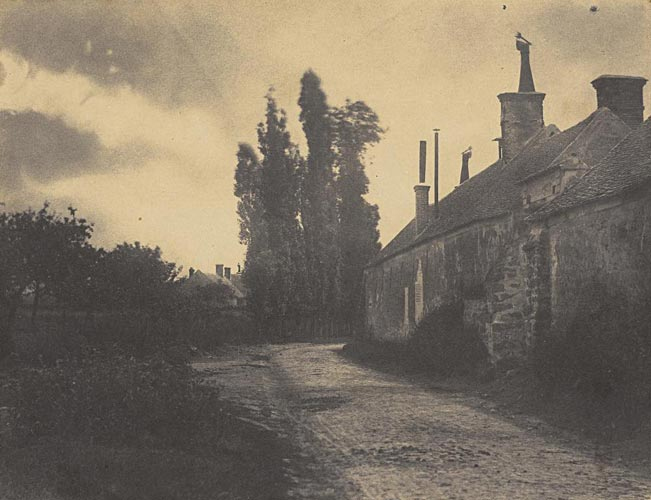