Founded before 454, the Stoudios Monastery was one of the most important in Constantinople, playing a leading role in the spiritual life of Byzantium during and after Iconoclasm. The mosaics on the walls of its church were praised by visitors in the tenth century and thereafter, but only this fragment remains. The Virgin’s green-and-gold halo is a modern restoration.

Fragment of a mosaic with the Virgin, Constantinople, 9th–10th century, glass and marble tesserae, Athens, Benaki Museum, Gift of Stefanos and Penelope Delta 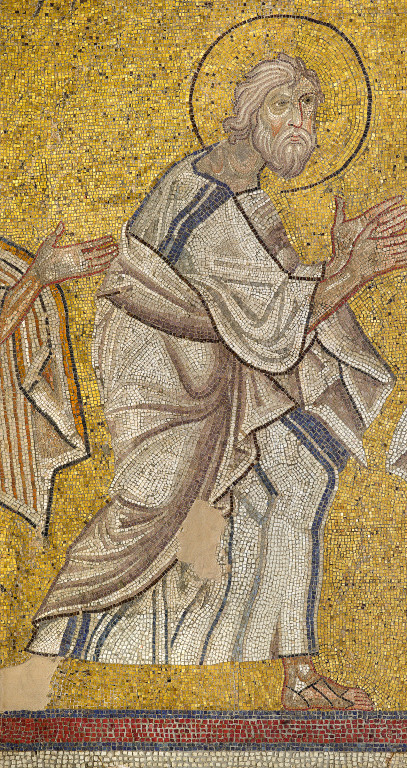 This dynamic, striding figure is the sole survivor from a mosaic of the Communion of the Apostles in the apse of a church in northern Greece that burned in 1913. His beard and unkempt hair identify him as the apostle Andrew. Early photographs show that the full composition depicted two images of Christ behind the altar, distributing the bread and wine of the Eucharist to processions of apostles approaching from either side of the apse. The subject is the liturgical equivalent of the Last Supper. 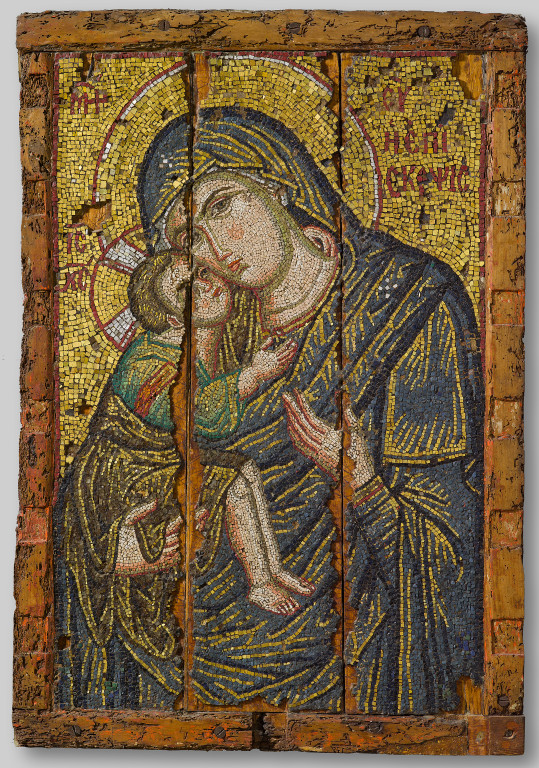 The inscription He Episkepsis refers to the Virgin’s miraculous intervention in time of need. It also appears in Byzantine hymns describing her as “the shelter [episkepsis] of the weak.” Whereas Catholics and Protestants normally refer to Mary as the Virgin, Orthodox Christians emphasize a different aspect, calling her the Theotokos (God-Bearer) or Meter Theou (Mother of God). Here, her melancholy gaze seems to forebode the fate of the infant in her arms.