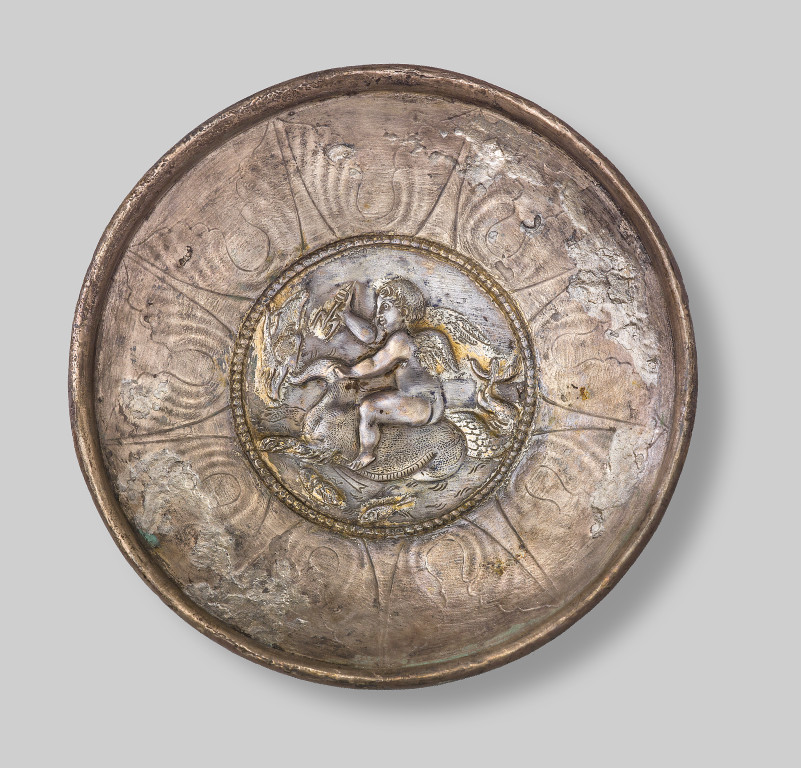 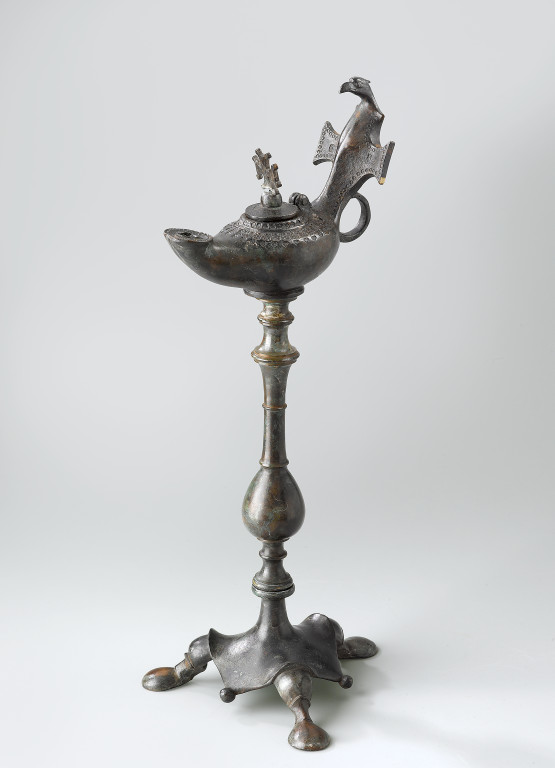 This popular type of lamp derives from Roman prototypes. The reflector in the shape of an eagle increased the lamp’s illumination. 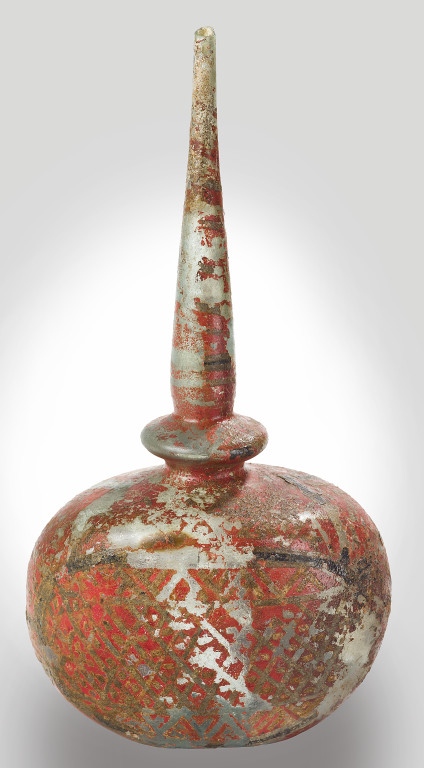 Glass vessels were imported from Syria and Egypt, former provinces of the Byzantine Empire that had been conquered by Arabs in the seventh century. Flasks were probably used to contain perfumes or medicines and to sprinkle holy water in churches. Although part of daily life, the extant examples come from tombs where they presumably were gifts to the deceased. This flask is unusual for its decoration consisting of an off-white (possibly originally gold) and black geometric design applied to a thick coat of red color. 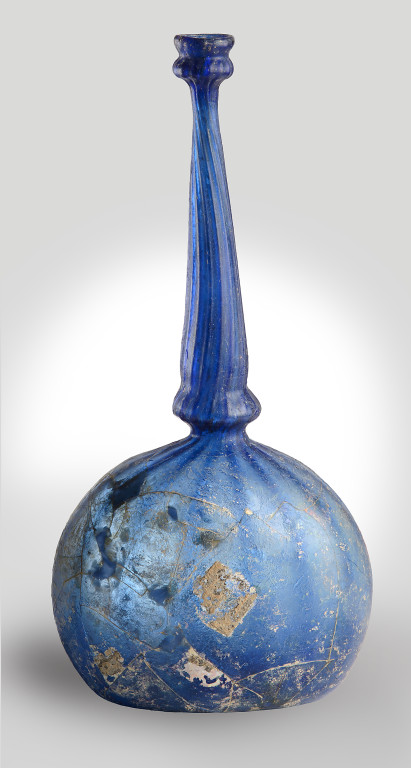 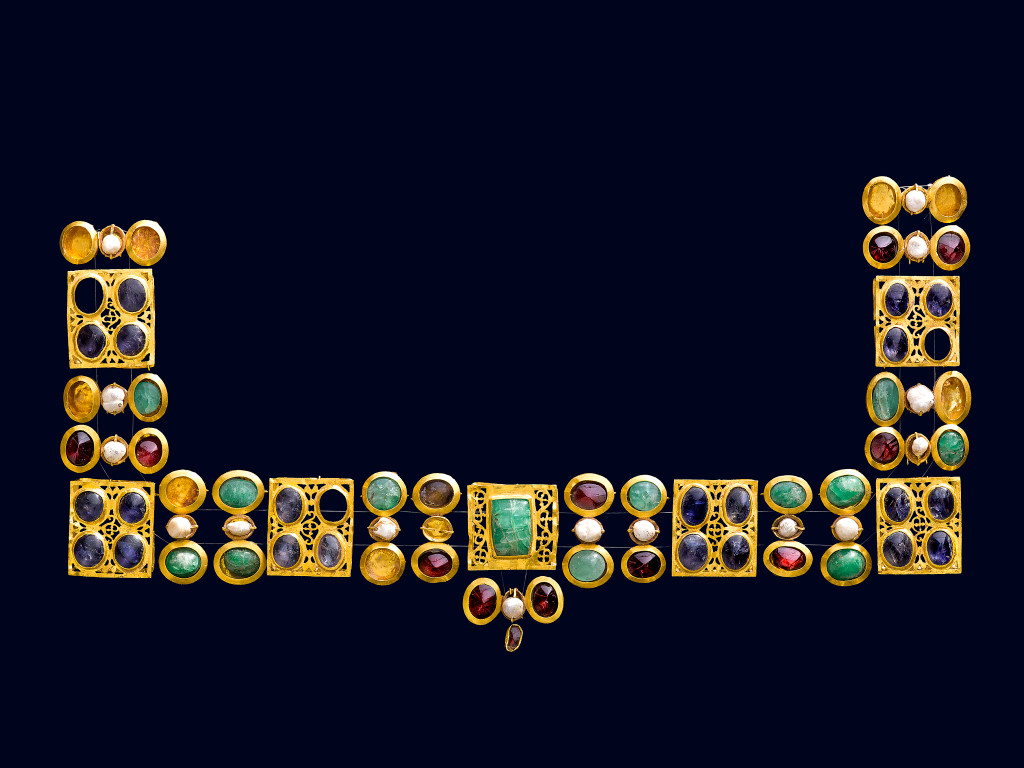 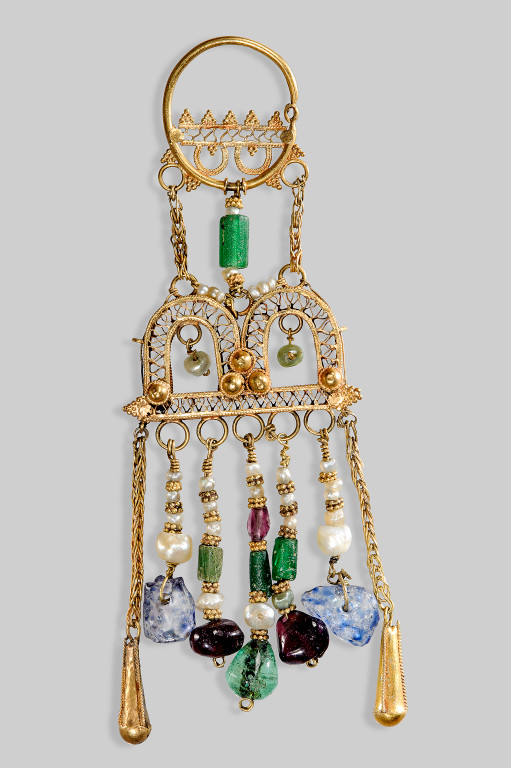 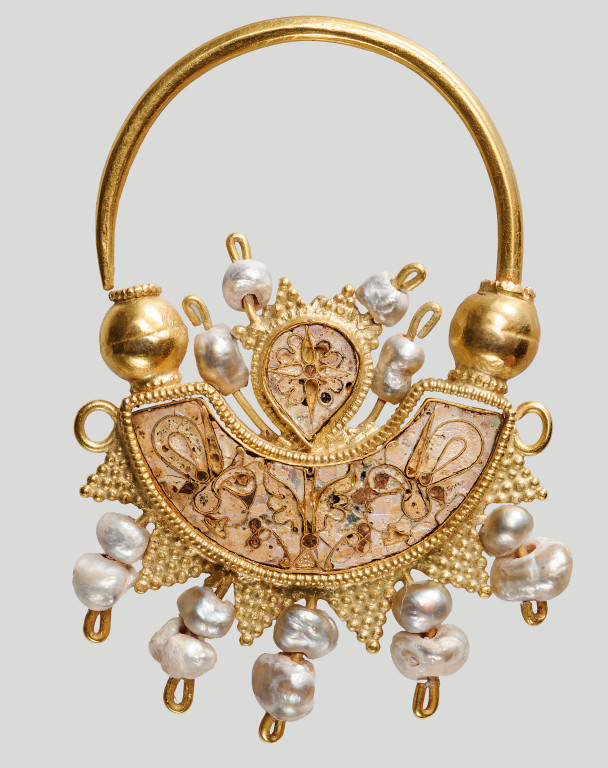 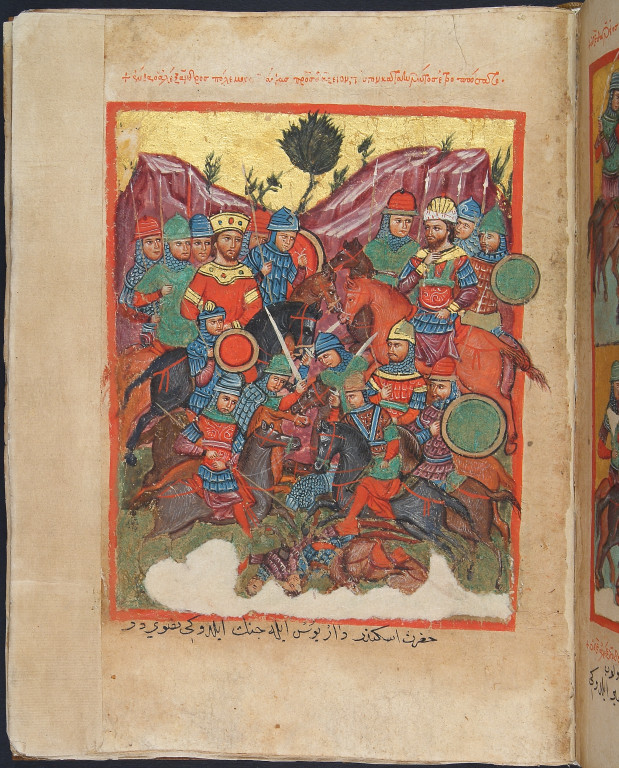 A fanciful interpretation of the life and adventures of Alexander the Great, the Romance was hugely popular in the Middle Ages. The original Greek version, written possibly as early as the third century BC, was translated into several languages, including Latin, French, German, and English. This lavishly illustrated copy was probably made for Alexios III Komnenos, emperor of a Byzantine state on the Black Sea from 1349 to 1390. After its capital, Trebizond, fell to the Ottomans in 1461, the manuscript came into Turkish hands and Arabic captions were added to the miniatures.

Romance of Alexander the Great, Trebizond (?), 14th century, tempera, gold, and ink on paper, Manuscript Collection of the Hellenic Institute of, Byzantine and Post-Byzantine Studies in Venice, cod. 5 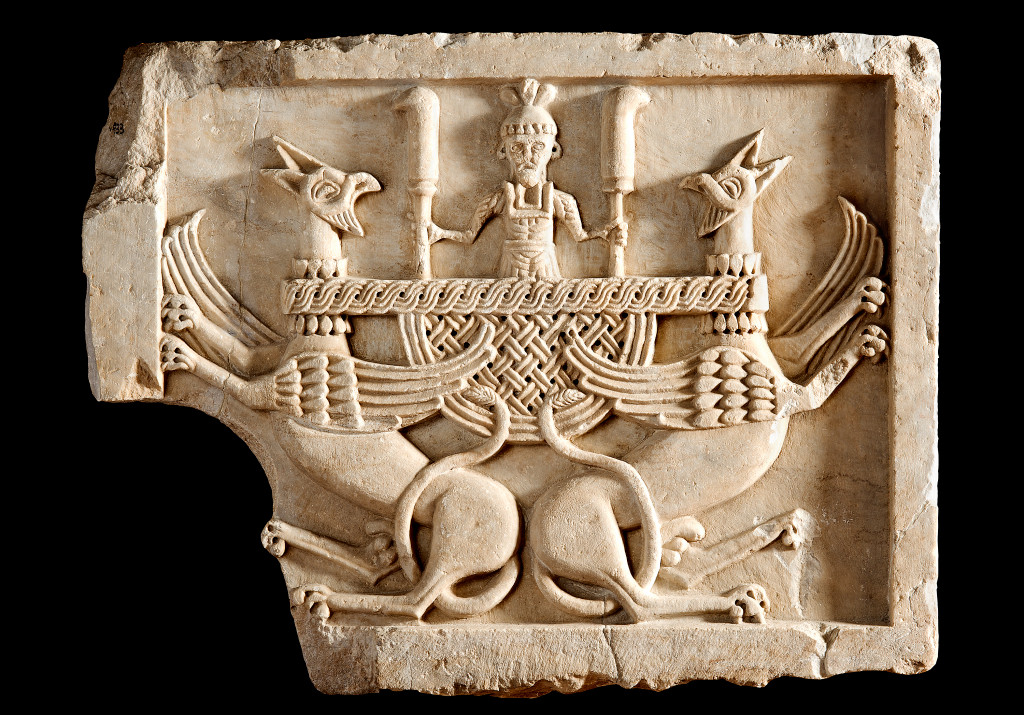 Alexander the Great (356 – 323 BC) truly became a legend in his own time. Having conquered much of the known world, he was said to have explored realms beneath the sea and in the sky. According to the Romance of Alexander, he ascended to the heavens in a basket attached to two starving griffins, mythical winged beasts. To make them leap ever higher into the sky, Alexander held two sticks with meat at the ends just above their heads. This plaque was found in the Byzantine fortifications of Chalkis on the island of Euboea, but its original use is unknown.