The Life of Animals in Japanese Art 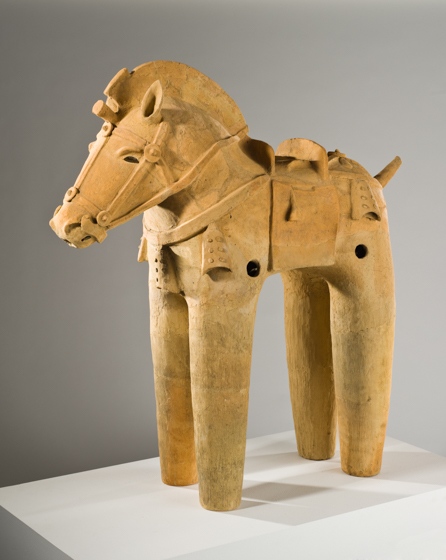 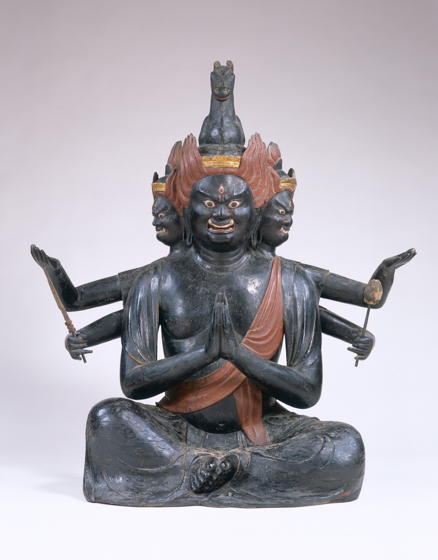 Kannon is the Buddhist deity of compassion and mercy. Here, the sculpted horse on his head signifies that he is also a protector of animals and those reborn in the animal realm. With three eyes, three heads, and six arms, this Kannon is all-seeing, all-knowing, and ready to rush to the aid of any creature needing his protection. His fierce expression signifies his ability to conquer all evils. Made a thousand years ago, it is the oldest-known wooden sculpture of this deity in Japan. 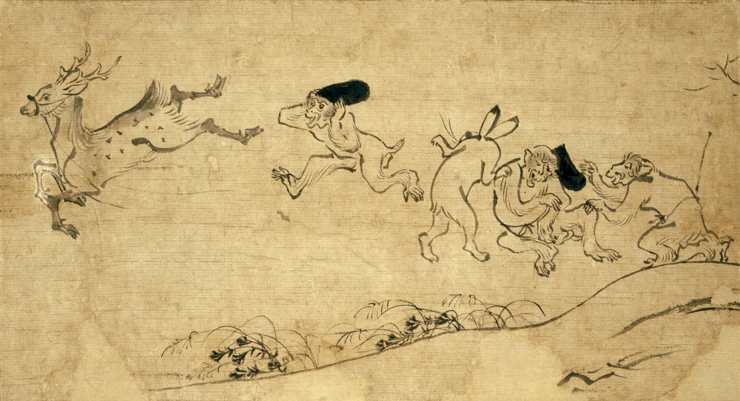 Here monkeys sporting the tall hats favored by the nobility take part in a race; one monkey has apparently fallen off the runaway deer and is consoled by a rabbit and another monkey. This scene was detached at an unknown date from a set of handscrolls featuring caricatures of animals endowed with human traits. The scrolls’ purpose is a mystery, as no texts accompany the images. They may be the first use of animals to satirize contemporary society, or even the ancestor of modern Japanese manga comics. The handscrolls are preserved at Kozanji, a Buddhist temple near Kyoto, and designated a National Treasure by the Japanese government. 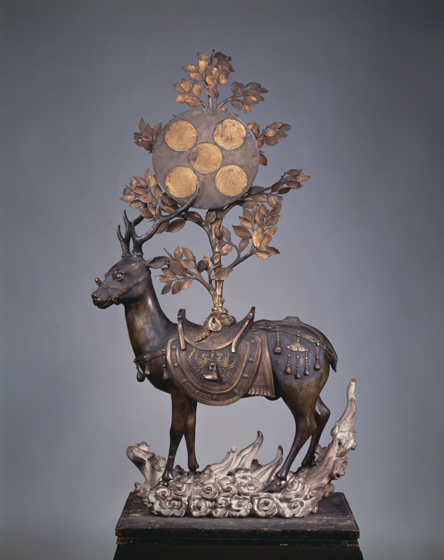 This sculpture commemorates the arrival of a kami on a cloud-borne deer at Kasuga Taisha, a Shinto shrine near Nara dating to the eighth century. Rising from the deer’s back is a sakaki tree, an evergreen sacred to Shinto. Engraved on the disc or mirror in its boughs are images of the five Buddhist deities worshipped at Kasuga Taisha’s five shrines, evidence of the fusion of Shinto and Buddhist beliefs. The artist rendered the deer and sakaki tree in realistic detail, even including insect-chewed leaves.

Falconry (hunting with birds of prey) was a sport favored by shoguns and high-ranking samurai. This unusual screen presents hawks “off duty” in the well-appointed mews where they were housed during their molting season, identified as summer by the flowering wisteria. With birds of various ages silhouetted against a golden ground and chicks in an artificial nest, this peaceful, almost domestic scene represents powerful goshawks less as predators than as evocations of the stability of the Tokugawa regime. 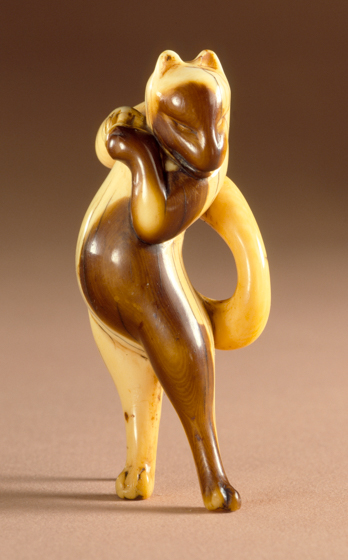 Standing on its toes and coyly bending its paws, the shape-shifting fox portrayed in this netsuke is in the middle of a wily transformation. In folklore, foxes are tricksters who turn into attractive women to seduce unwitting men. 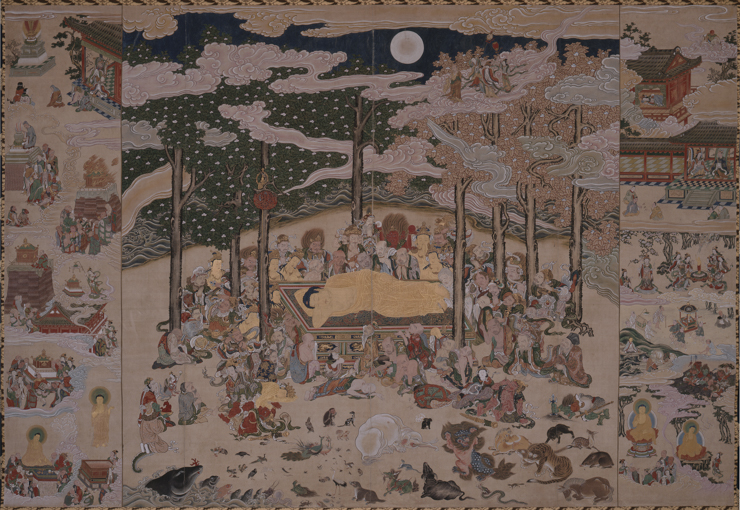 Shaka is the Japanese name for the historical Buddha, who lived and died in India in the sixth century BC. On learning of his death, all living beings gathered at his side to mourn his passing into the blessed state known as Nirvana. Here, Shaka lies on his funeral bier, already transformed into a deity of superhuman size. His mother, Maya, flies in on a cloud at upper right, while deities, disciples, and both real and imaginary animals express various stages of grief. The central image of mourning is flanked by scenes illustrating important events in the Buddha’s life. Large hanging scrolls such as this are used for the annual Buddhist rite in memory of Shaka’s passing.

The complex poses of these two cranes, one encircling the other, are typical of Jakuchū’s unconventional approach to traditional subjects. His subtle layering of pigments captures textures ranging from stiff pine needles to soft plumage. Cranes—thought to live for a thousand years—and evergreens both symbolize longevity. Probably painted for use in New Year’s Day celebrations, the scroll depicts the cranes at dawn, greeting the first sunrise of the year. 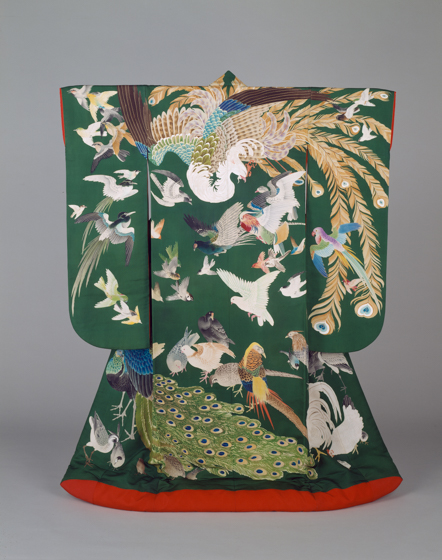 Made for the daughter of a wealthy merchant, this wedding garment features a large phoenix, mythical king of the birds, spreading its wings over peacocks, doves, pheasants, parrots, and chickens. In Japan, the number one hundred is normally used generally to signify abundance, but here it is literally true. 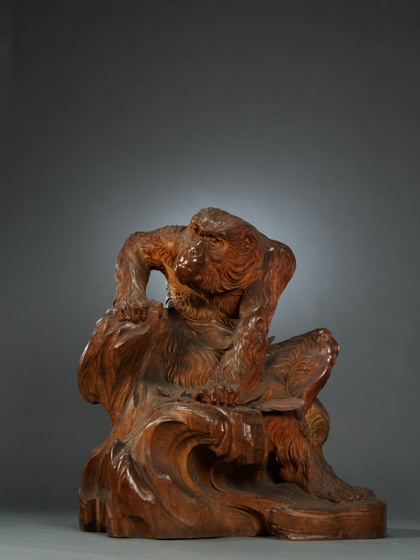 The Buddhist sculptor Kōun turned to secular subjects during the Meiji period, when Buddhism was suppressed in favor of the native Shinto religion. He borrowed an actual monkey used as an attraction at a teashop to study while creating this dramatic, dynamic sculpture. It won a gold medal when exhibited at the 1893 World’s Columbian Exposition in Chicago, and it has been designated an Important Cultural Property by the Japanese government. 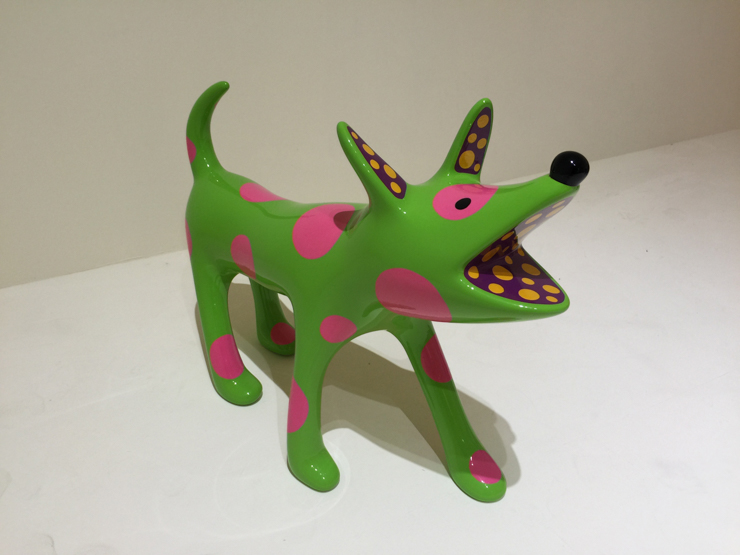 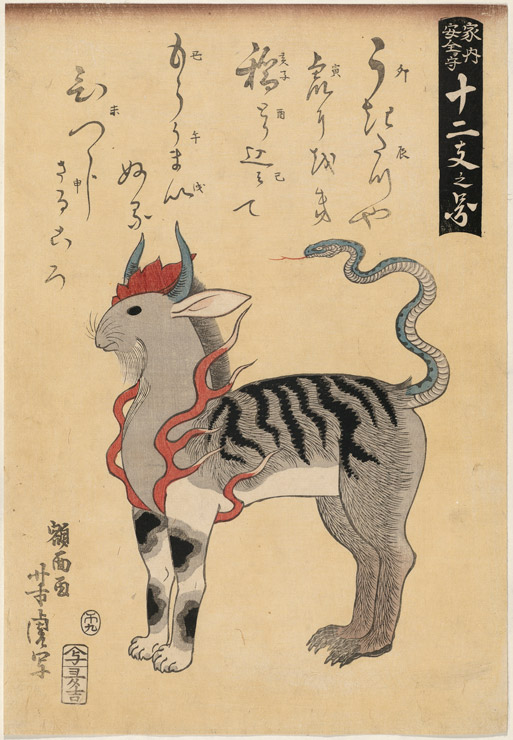 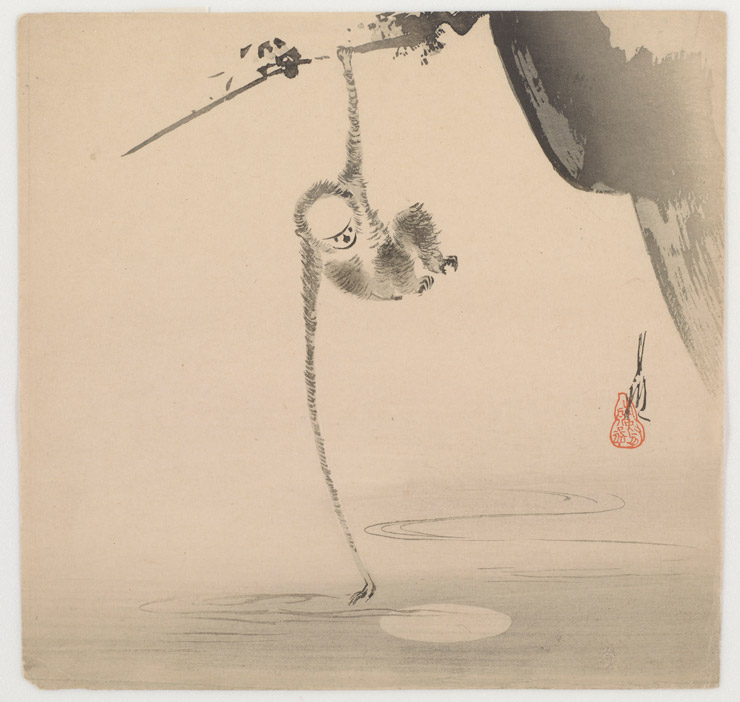 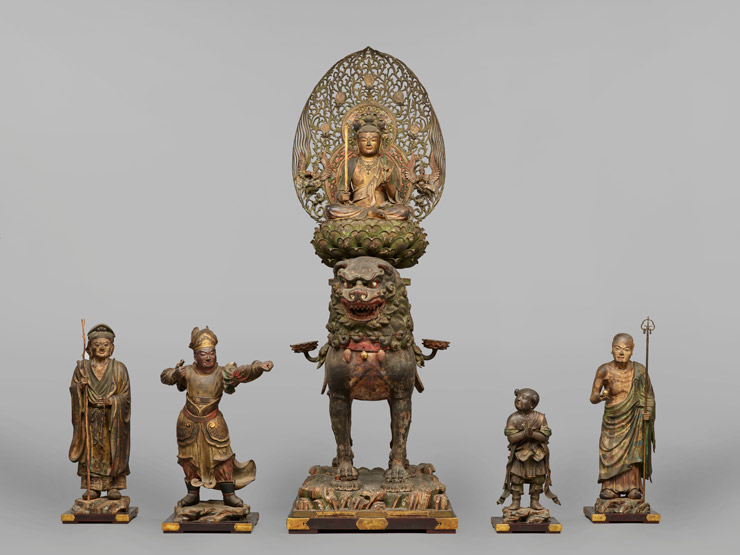 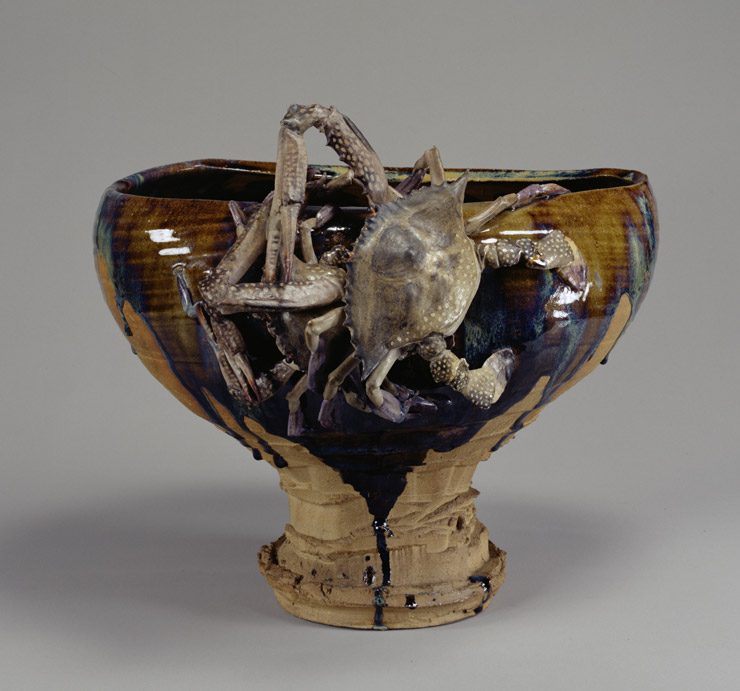 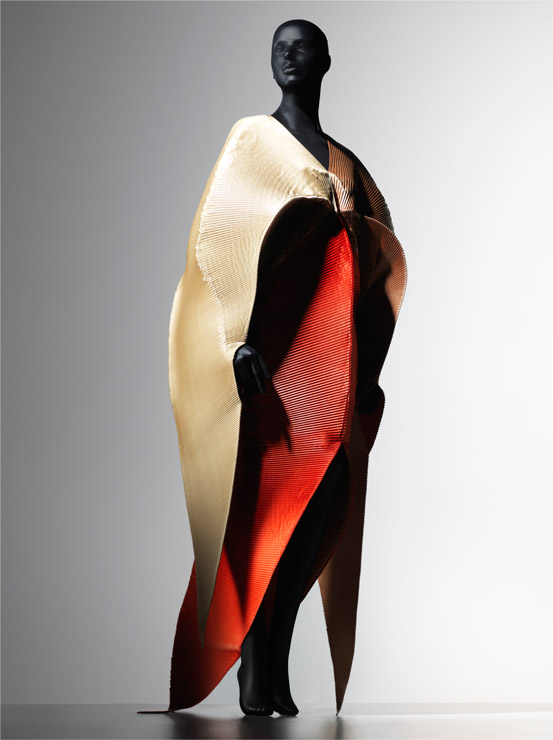 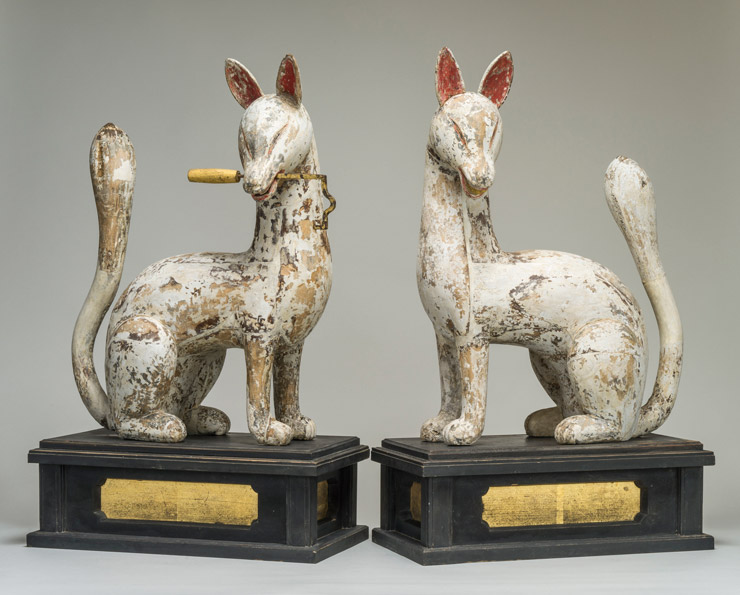 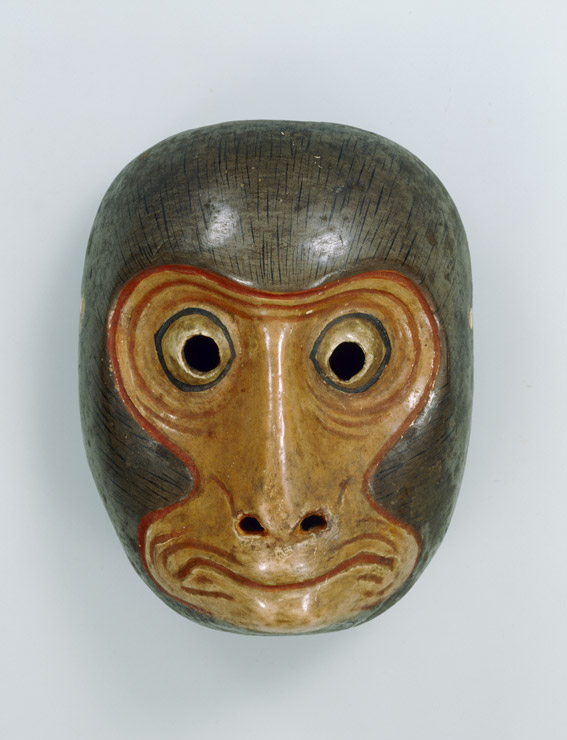 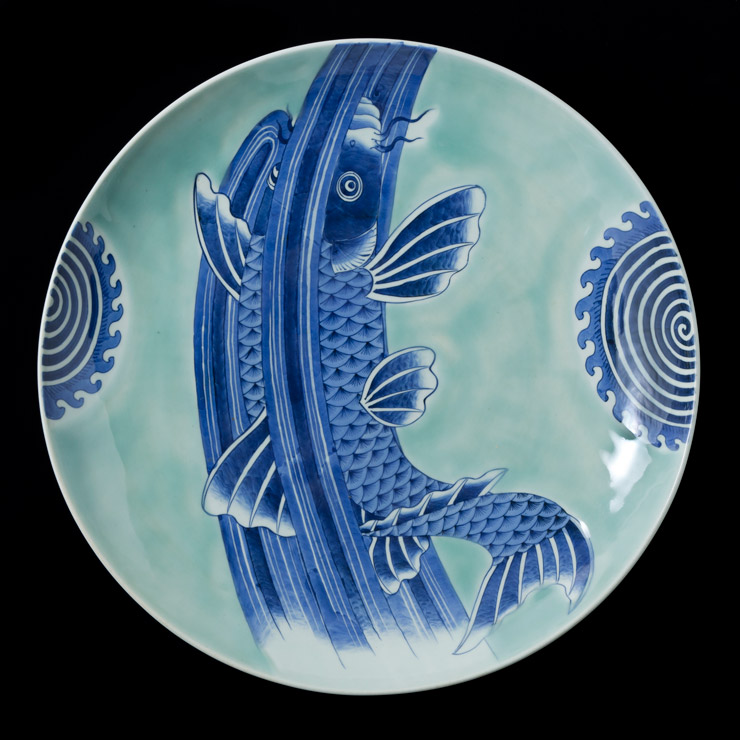 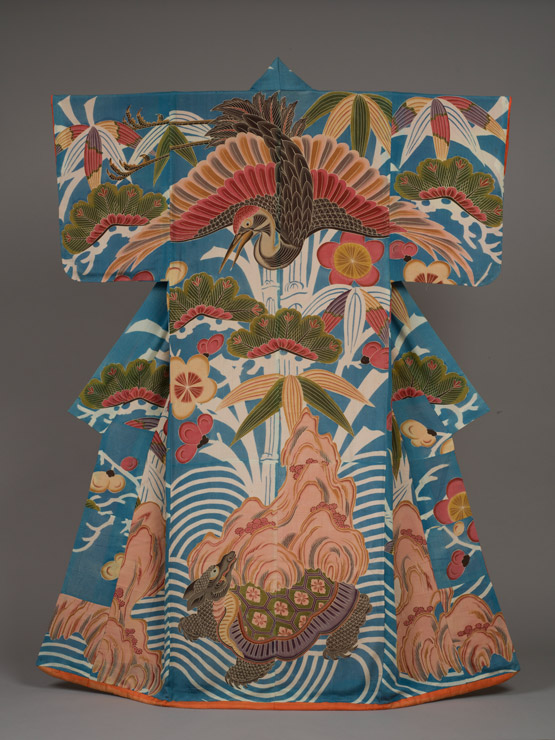 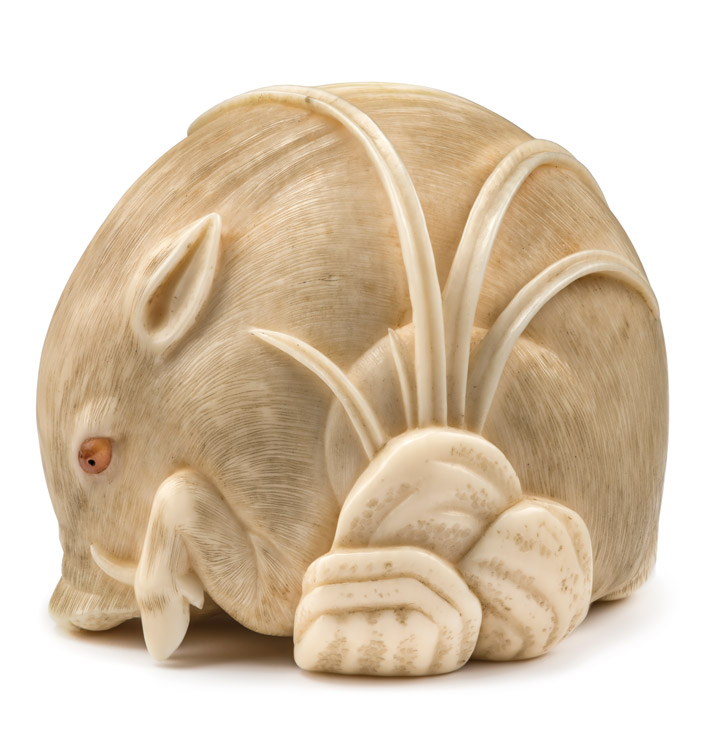 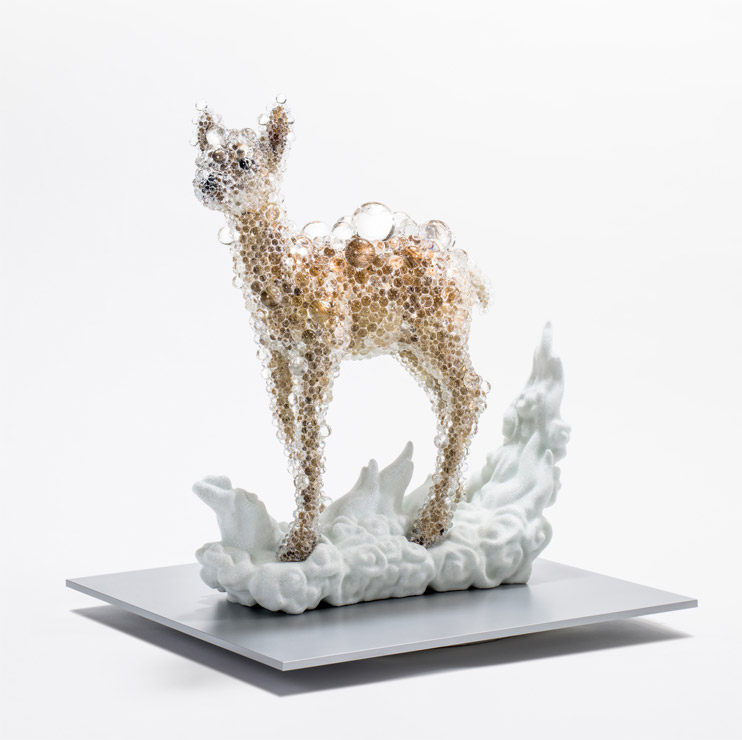