Brazen Splendors: The Art of Brass in the Burgundian Netherlands 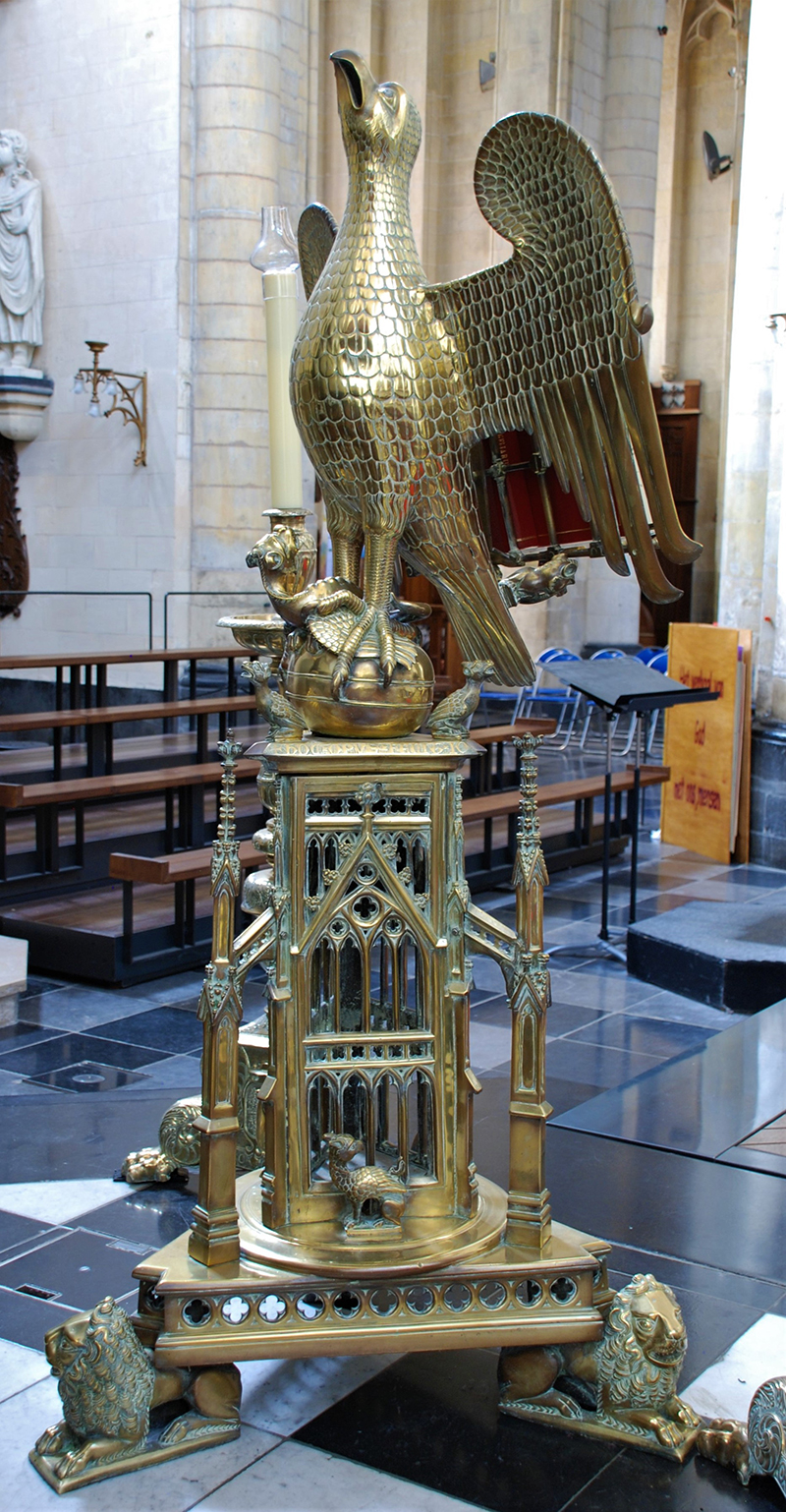 Under Burgundian and later Habsburg rule, the visual arts flourished in the Netherlands and the region’s artistic products were avidly sought-after during the 15th and 16th centuries on account of their quality and invention, their technical virtuosity, and their visual sophistication. The story of early Netherlandish art is still dominated by the achievements of oil painters like Jan van Eyck (c. 1390–1441) and Rogier van der Weyden (1399/1400–1464), but recent decades have seen increasing attention given to works of art in other media, which at the time were more highly prized than paintings and typically more expensive: tapestries, carved wooden retables, stone statuary, and goldsmiths’ work, in particular. Cast brass sculpture—such as tombs and statues—and other sculptural objects in brass, including eagle-lecterns, baptismal fonts, and paschal candelabra, certainly fall within this category but have yet to receive the scholarly attention they deserve. Sometimes collectively referred to as dinanderie, much about these brazen items and their creators intrigues and enthralls. The pan-European demand for brass from the Low Countries echoed that for other artistic products, and many well-known patrons of Netherlandish art were enthusiastic commissioners of brass objects too. Often held in high regard by their contemporaries, brass founders such as Jean Josès of Dinant (fl. c. 1370–1392), Guillaume Lefèvre of Tournai (fl. 1431, d. 1476), and Aert van Tricht of Maastricht (fl. 1492–1501) displayed a degree of self-awareness about their craft that was then rarely paralleled; at the same time, founders regularly collaborated with some of the region’s most celebrated painters and sculptors. The work of brass founders often straddles the line between sculpture and furniture, between “fine” and “applied” art, between the functional and the decorative, between art and technology. It is these ambitious and, at times, ambiguous works of art, together with the craftspeople and patrons responsible for them, that form the subject of my book. 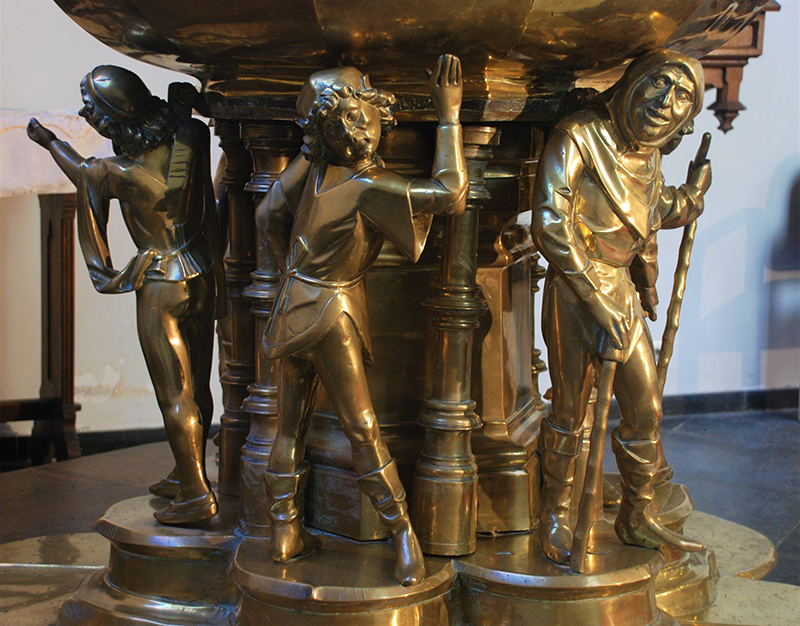 My time at the Center enabled me to make substantial progress on a chapter that focuses on the making and meaning of brass in the Low Countries. While the materiality of bronze has been thoroughly (and admirably) examined, brass has largely escaped sustained attention. The chapter attempts to redress this oversight by examining the metal’s properties and appeal, the complex process by which it was manufactured, and the regional identity with which it came to be associated. Brass is a copper-based alloy defined by its zinc content (as opposed to bronze, made primarily of copper and tin), which gives the metal its distinctive golden-yellow color. In the premodern era, zinc was only obtainable from calamine, its mineral source, which occurs naturally in the Mosan region. This gave rise to the development of the brass industry there, initially centered on the city of Dinant, from which the term dinanderie derives.

Today, with its utilitarian, domestic, or even industrial connotations, brass is typically seen as a rather banal metal, inferior to bronze in the hierarchy of sculptural materials. In the Burgundian Netherlands, however, brass was highly valued, and what it lacked in suggestive associations with antiquity was more than compensated by the inherent glamour generated by its visual proximity to gold. Brass founders were called geelgieters in Dutch, literally “yellow casters,” and there is no doubt that the allure of their products was intrinsically bound up with the metal’s golden-yellow hue and the capacity of its surface to be burnished to a gold-like gleam. Rather than obscuring the metal with applied patination, commissioners and custodians of Netherlandish brass customarily made provisions for regular cleaning and polishing to maintain their objects’ golden appearance. With their lustrous surfaces, such pieces consciously evoke goldsmiths’ work, but on a scale that could never actually be realized in precious metal. My book considers the complex relationship between brass and gold, and what it means to employ a metal that looks like, but is not, gold. There exists a long tradition, to the point of cliché, that portrays brass as fake or in some way fraudulent, and since the process of cementation was mysterious to the uninitiated, it is unsurprising that, for some, the resulting gold-like metal had more than a whiff of alchemy about it. Nevertheless, in the specific context of the Low Countries, where metalworking was a native industry and a source of local pride, we may presuppose a sophisticated understanding of the nature of brass on the part of its patrons and audiences.

Douglas Brine will return to his position as associate professor of art history at Trinity University in August 2022.