In the 1920s, the golden age of rationalized labor and assembly lines, models of all types suffused Soviet culture. Projective achievement was of paramount importance, and while this orientation could be expressed with drawings, charts, and other forms of visual prognostication, models were especially effective at establishing the physical presence of pending possibilities. Whether made as spatial and formal experiments or as designs for future buildings, these works reflected material paucity and poverty; as rough sketches of a perfect future, uniquely designed and crafted from the materials at hand, they invoked the authority of mass production while maintaining their standing as singular objects. They also revealed and emblematized the broader postrevolutionary determination to reconfigure the work of creative production: both the work as a physical object and the labor involved in formulating and forming the constructions of the future. As components of the design process and as metaphors, early Soviet models offered a mode of creative production that transcended such purportedly obsolete categories as easel painting and sculpture—and even art and architecture.

Taking as its broader context the early Soviet obsession with construction and based extensively on previously unpublished material from archives in North America and Europe, my book “Model Soviets” explores the status and function of models—whether architectural and urban designs, artists’ constructions, or abstract representations of future possibilities—in the two decades between the October Revolution and World War II, paying particular attention to Moscow, the capital that was also a template for other Soviet cities. While Communism provided a conceptual model for a utopian future under constant reformulation, the widespread creation and dissemination of models demonstrated the value of construction, both actual and metaphoric, in Soviet life. As small-scale versions of future Soviet citizens, even children were understood as models that heralded and would also help produce the better world to come: human prototypes for the novyi chelovek, or “new person.”

The idea of modeling a better future was fundamental to the early Soviet imaginary, and presentations of the architectural process—from initial designs to completed buildings and even entire neighborhoods—helpfully stood in for the construction of the Soviet state and, by extension, its new model citizens. The proliferation of models and modeling in early Soviet culture was, moreover, recorded by a plethora of images: photographs of models, still and moving images of buildings under scaffolding, and representations of completed edifices. If models were utopian proposals for postrevolutionary creativity, representations of models and construction projects—or what might be called “model images”—demonstrated that construction was taking place on a massive scale, sometimes even vouching for the existence of a Soviet future that had yet to be constructed. Over the course of the 1930s, models and their representations revealed an increasingly precarious Soviet temporal framework, registered the impossible demands of the Soviet sense of scale, and marked the growing calcification of the creative categories of Soviet art and architecture. 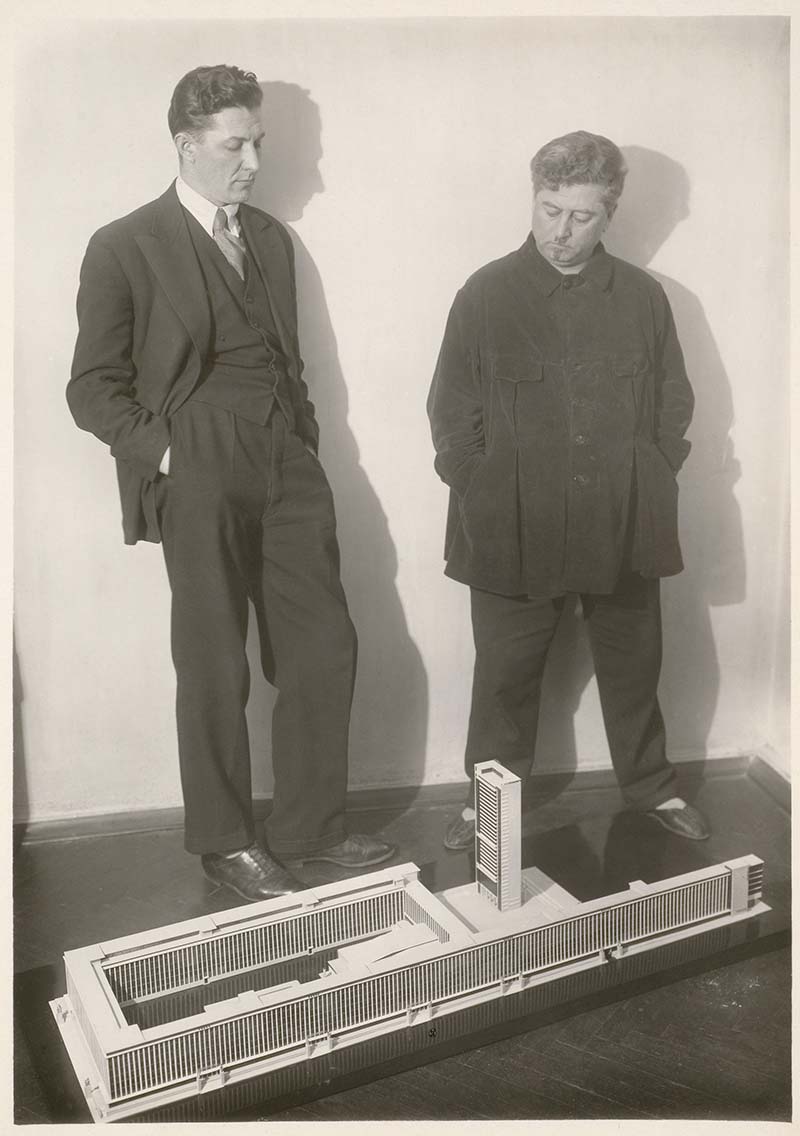 While at the Center, I have concentrated on completing the first and last of the book’s six chapters. Chapter 1, “Model Utopia,” explores the indeterminate scale and temporality of early Soviet models in the first decade after the October Revolution, the era of constructivism; it attends to works by such luminaries as Moisei Ginzburg (1892–1946), Liubov Popova (1889–1924), and Vladimir Tatlin (1885–1953), as well as models made by students at VKhUTEMAS (Higher Art and Technical Studios), the school of art, architecture, and design founded in Moscow in 1920. Situating the work of famous figures and anonymously produced images in relation to the Soviet experience of modernization, the book’s four central chapters—“Monumental Snapshots,” “Under Construction,” “Time Machines,” and “Happy Model Childhood”—all take place in Moscow between the start of the first Five-Year Plan in 1928 and the beginning of World War II. Chapter 6, the book’s final chapter, is set at the Soviet Pavilion at the New York World’s Fair in 1939 and addresses the carefully produced images of the model for the long-planned but never built Palace of Soviets by Boris Iofan (1891–1976), which encouraged an American audience to believe the building already existed. Addressing architecture, the visual arts, science fiction, photography, and film, “Model Soviets” reveals how models and their images engaged visual scale, shifting notions of Soviet temporality, and an evolving “factographic” aesthetic to present utopian visions as monumental facts even as the Soviet Union itself remained chaotically under construction.

In 2022–2023, Juliet Koss will be a fellow at the Harriman Institute for Russian, Eurasian, and East European studies at Columbia University. She will return in fall 2023 to Scripps College in Claremont, California, where she is professor of art history, Gabrielle Jungels-Winkler Chair in the History of Architecture and Art, and chair of the Department of Art History.