Visualizing Difference in the Roman Empire: Aethiopians in Imperial Art and Culture

The representation of foreign cultures with manifest ethnic or “racial” differences, such as distinct physical traits or exotic dress, has been a long-standing and often visceral site for human artistic expression. The visual and material culture of the Roman Empire provides an abundant record of such encounters, such as the “barbarians” on the Column of Trajan—scenes that render visible complex formulations of ethnicity, social hierarchy, and power. But not all Roman representations show foreign peoples as barbarians, and not all these representations are shaped by the state. How did foreign peoples represent themselves once they became part of Rome? And how did the “typical” Italic-born Roman appear by contrast? 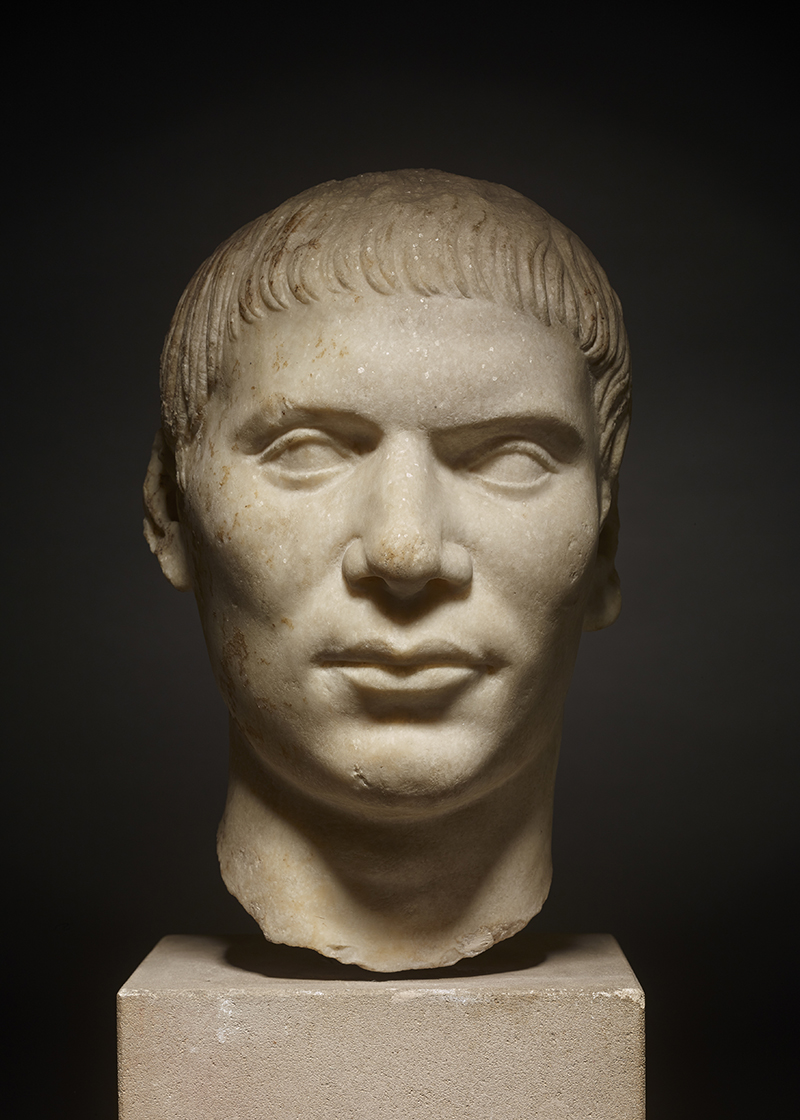 Consider, for instance, this white marble head depicting a man of indistinct age. He is visualized with broad facial planes, a flattened nose, and swollen, pursed lips. His eyes are almond-shaped, deep-set, unworked, and flat. His hair is combed forward in long, comma-shaped strands that are reminiscent of portraits of the emperor Trajan. The head was said to be found in Rome, but nothing is known about its original display context there, and now it sits in the British Museum, where it is not currently on display. Similarly, it has been almost completely overlooked in the art-historical scholarship. However, the museum’s long-standing categorization of the head as a “portrait bust of a man, possibly of African origin” makes it of direct interest to the research project that I undertook at the Center: the visualization of ethnicity in Roman portraiture, with a focus on depictions of Aethiopians (from Aethiops, the term used by Romans to describe the “sun-darkened” peoples inhabiting the region south of Egypt).

There are at least two significant methodological and evidentiary hurdles to the study of ethnicity in Roman art, specifically in the medium of portraiture. The first concerns whether a visually descriptive head depicts a portrait of a historical individual or is instead a head of a generic ethnic type (a portrayal). The ancient historian and classicist Frank M. Snowden Jr. believed that “the freshness and vitality” of the images of Aethiopians, for instance, indicated that they were living contemporaries of their artists and thus that the works he discussed were portraits of Black Africans who were physically present in Rome and its territories. However, he acknowledged that only a single representation, the so-called Memnon now in the Antikensammlung in Berlin, could be identified “with some degree of certainty” as a historical person. Thus, if marble heads like the example now in London could be positively identified as portraits of individuals of Aethiopian descent (some of whom were also Roman citizens), their modes of representation could potentially inform us about how they chose to visualize themselves as participants in the imperial project. Furthermore, they would allow us to put the monolithic categories of “Roman/normative” and “Aethiopian/ethnic” into useful friction. To this end, I spent part of my fellowship compiling a database of such potential “portraits.” 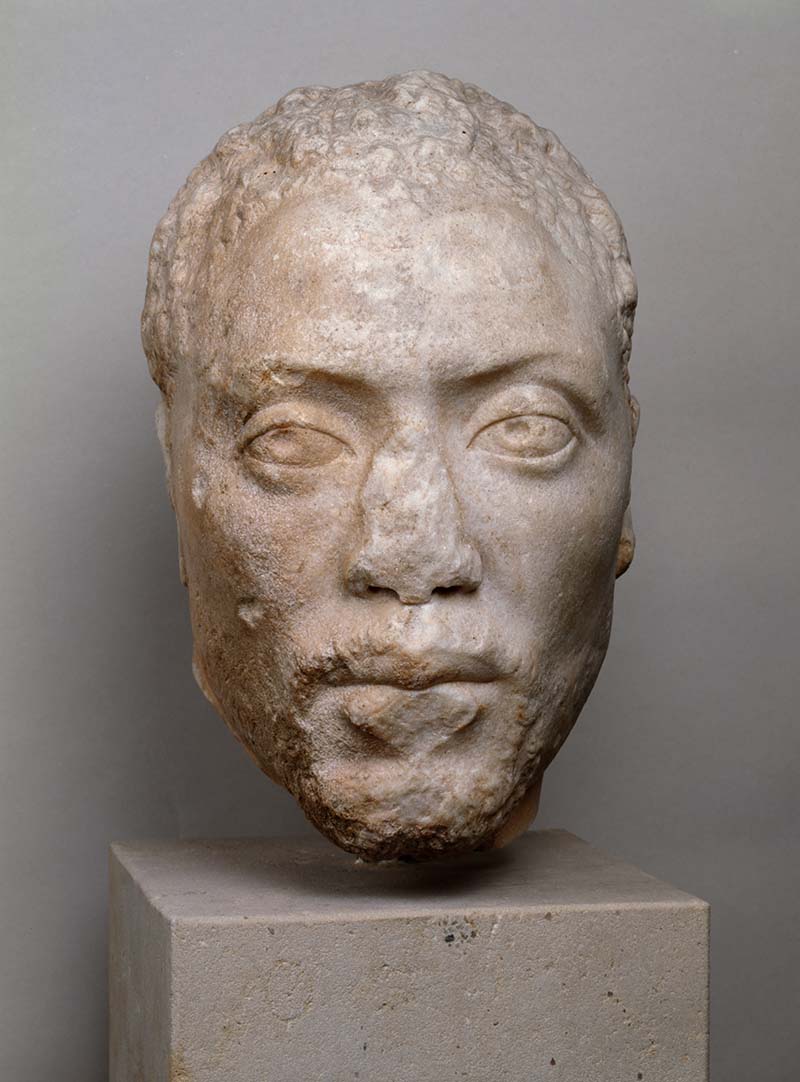 The second issue goes beyond the study of Aethiopians alone and extends to the broader field of Roman art: What criteria would allow scholars to securely identify the ethnicity of any ancient portrait image? This is a point of considerable scholarly debate. Some argue that ethnic foreignness has clear visual markers in portraiture while others hold that it is a largely illusory category of analysis that can be confirmed only in rare instances (e.g., with a dedicatory inscription naming its subject). After all, visually determining what is “ethnic” also means having a clear definition of what was canonically “Roman” and thus “normative.” However, translating ancient ethnic terminology into a consistent, modern visual taxonomy and delineating these traits through precise description is a considerable challenge. That difficulty is especially present in representations of foreign peoples who are identifiable solely on the basis of a single physiognomic marker (most commonly hairstyle).

My article-length project on “ethnic portraits” of Aethiopians is part of a larger book manuscript about how Roman artists visualized them in different visual media, and explores issues related to the social function, patronage, and viewership of these works. For despite the long-standing scholarly interest in this category of representation, the image of the Aethiops in Roman art is only beginning to receive the kind of fine-grained, context-driven analysis that it requires for fuller comprehension—one that attends not only to these objects’ iconographic language, but also to their scale, materiality, affordance, life cycles, and site assemblages. By examining images of Aethiopians as instruments for visualizing similitude and difference in ancient society, my book project seeks to clarify the complex relationships among ethnicity, representation, and social practice in the Roman Empire.

In fall 2021, Sinclair W. Bell returned to teaching at Northern Illinois University, where he began a four-year appointment as a Presidential Teaching Professor.