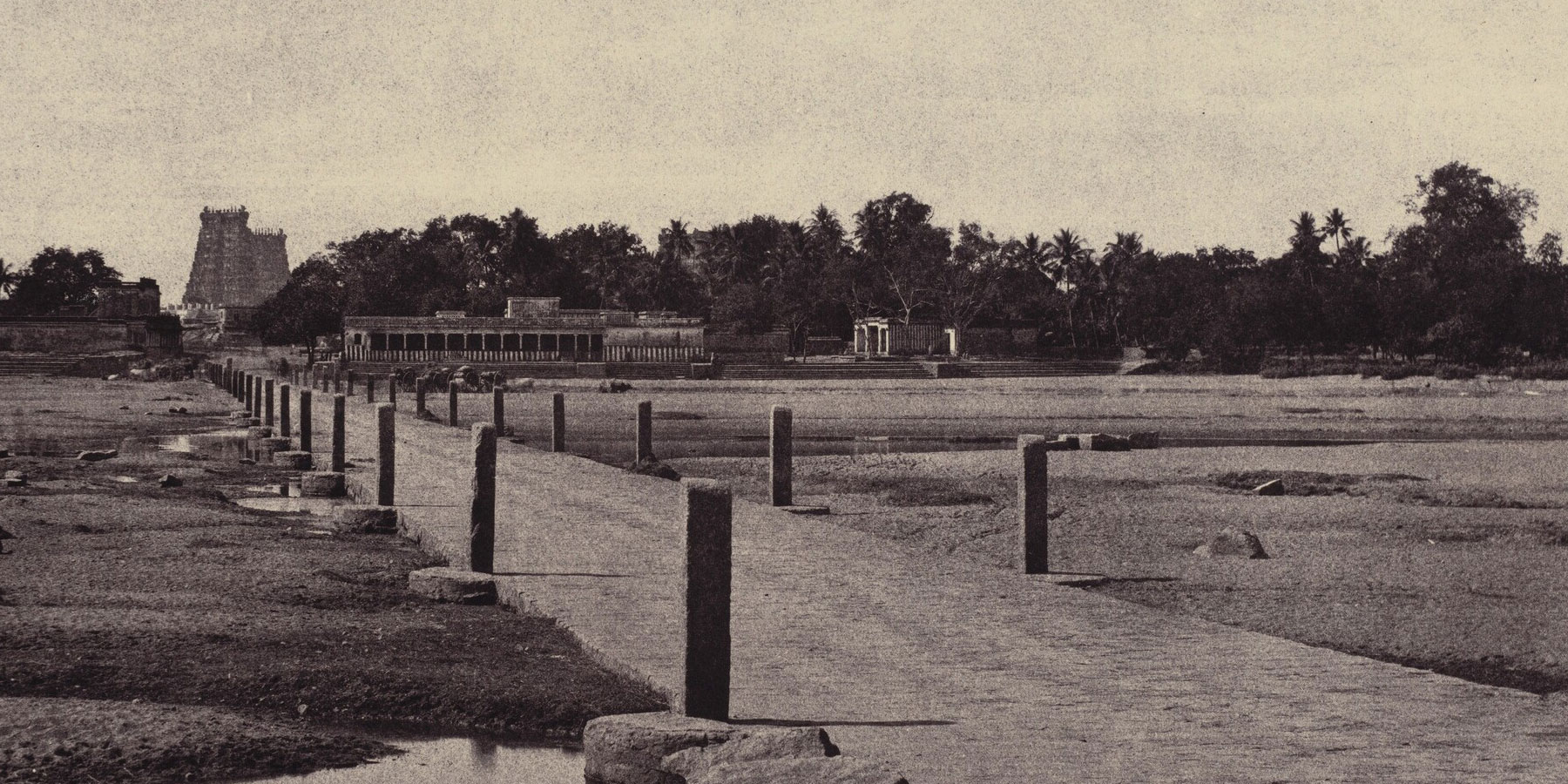 Captain Linnaeus Tripe (1822–1902) occupies a special place in the history of 19th-century photography for the outstanding body of work he produced in India and Burma (now the republic of Myanmar) between 1854 and 1860. Although he learned photography in Great Britain from amateurs who considered it a pastime, he recognized that it could be an effective tool for conveying information about unknown cultures and regions. With few models to follow, Tripe developed a professional practice under the auspices of the large bureaucracy of the British East India Company. Reflecting his military discipline as an officer in the British army, he achieved remarkably consistent results, despite the Indian heat and humidity, which posed constant challenges to photographic chemistry. In addition, Tripe’s schooling as a surveyor, where the choice of viewpoint and careful attention to visual details were essential, gave his photographs their distinctive aesthetic rigor.

This exhibition traces Tripe’s work from his earliest photographs made in England (1852–1854), to ones created on expeditions to the south Indian kingdom of Mysore (1854), to Burma, (1855), and again to south India (1857–1858). Many of his pictures were the first photographs ever made of celebrated archaeological sites and monuments, ancient and contemporary religious and secular buildings — some now destroyed — as well as geological formations and landscape vistas; thus they provided a new kind of visual information. Yet the dynamic vision Tripe brought to these large, technically complex photographs and the lavish attention he paid to their execution indicate that his aims were not merely documentary but artistic.

Next: Early Work in England

Back to the Exhibition Page

This exhibition is organized by the National Gallery of Art, Washington, and The Metropolitan Museum of Art, New York, in association with the Victoria and Albert Museum, London

It is also supported by the Trellis Fund


Note to the Reader

Place names used by Tripe and many contemporaries often differ from those used today; for equivalents, see below.

Tripe also used slightly different spellings for several architectural terms, such as “gopurum” for “gopuram” (pyramidal gateway in south Indian temple); “kyoung” for “kyaung” (monastery in Burma); and “munduppum” for “mandapam” (pavilion or pillared hall in India). We retain Tripe’s spelling in titles and in our texts.