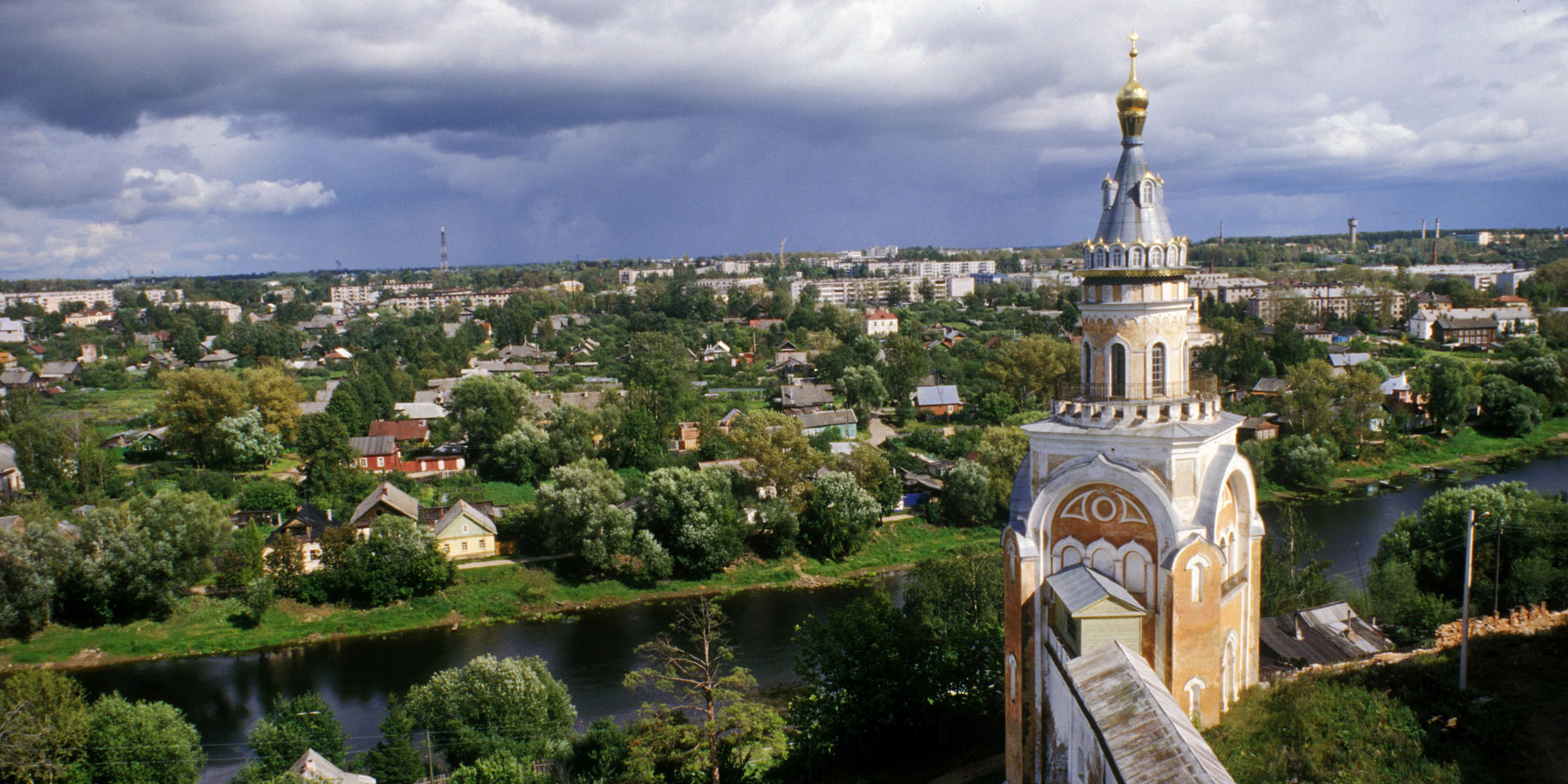 Torzhok is among the oldest settlements in central Russia. The town is first mentioned in ancient chronicles, under the year 1139. Its favorable location on the Tvertsa River made it a place of active commerce (the name “Torzhok” comes from the word for trading site), and the town was closely connected to the city-state of Novgorod, a leading center of medieval Russian trade.

The rise of Muscovite power in the 15th century brought an end to Novgorod's independence, and in 1478 Torzhok became part of the domain of Moscow's ruler Ivan III (the Great). After the founding of St. Petersburg in 1703, Torzhok experienced a revival of its fortunes as the town became a major transfer point for people and supplies heading to the new imperial capital. In the early 19th century, Russia’s greatest poet, Alexander Pushkin, visited Torzhok on a number of occasions, as did Nikolai Gogol, Ivan Turgenev, and Leo Tolstoy.

The following views are from a collection of nearly 149,000 digital images, negatives, and photographs of Russia donated by the scholar and photographer William Craft Brumfield. 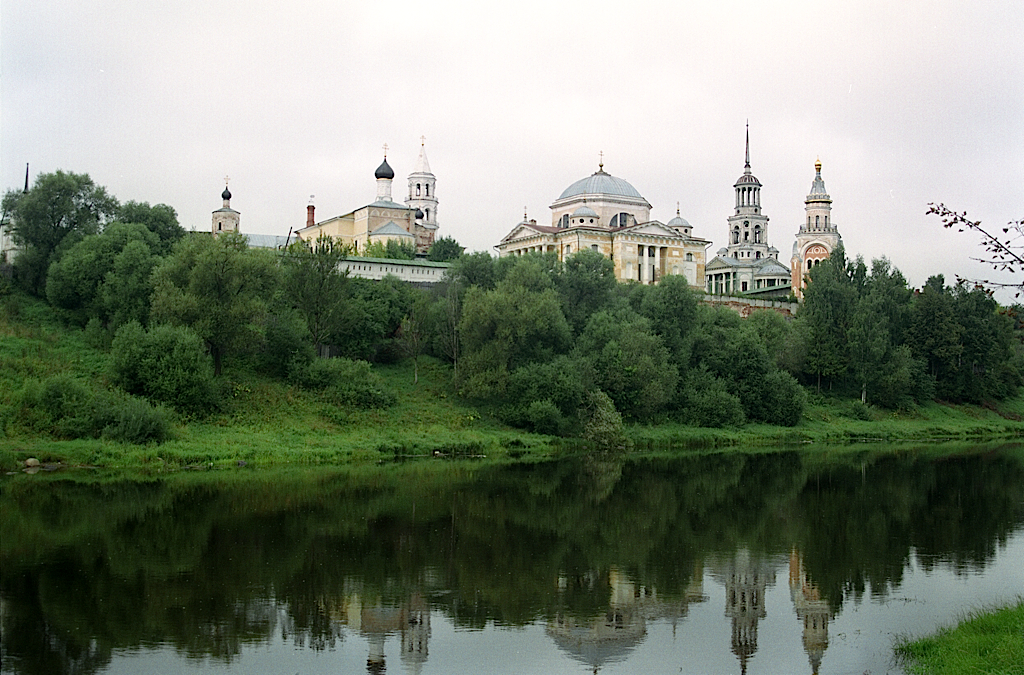 The dominant feature of historic Torzhok is the Boris and Gleb Monastery, reputed to have been founded in 1083 and dedicated to the earliest martyrs of the Russian Orthodox Church. 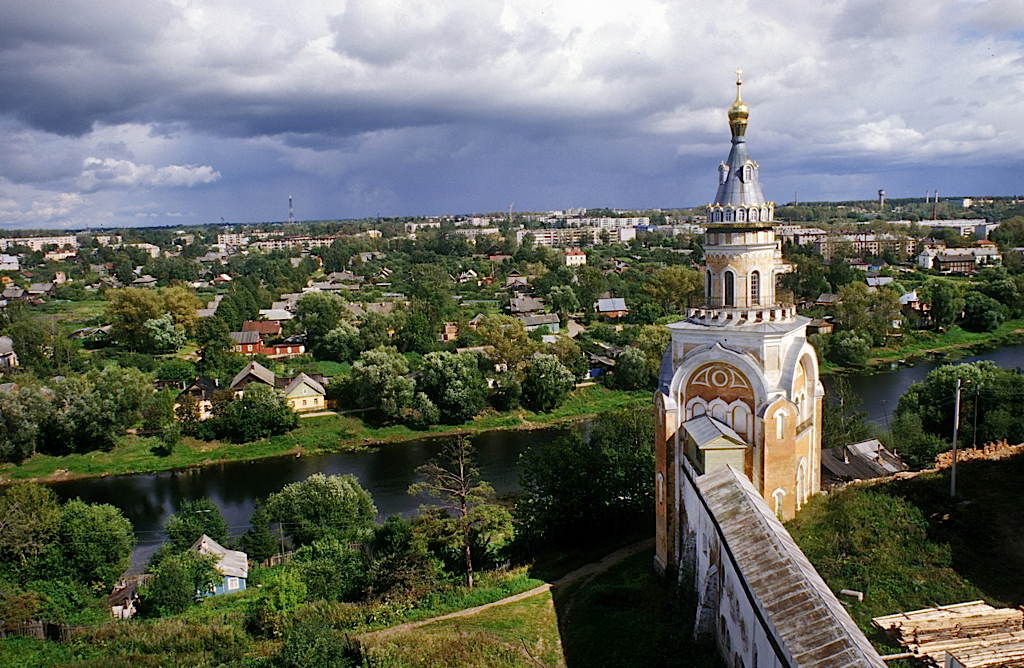 The high bell tower of this gate church is Torzhok's most visible landmark.

In 1785, under Catherine the Great, the old monastery was redesigned by local landowner and architect, Prince Nikolai Lvov. It remains one of the greatest complexes of Russian neoclassicism.

Like other provincial towns, Torzhok was essentially rebuilt in the late 18th century, when Catherine the Great decided to transform Russian provincial life by bringing order to town plans. Torzhok benefited from the ideas of classical harmony in the design of a new central square and arcaded market buildings.

Many of the town's prosperous residents rebuilt their houses in neoclassical designs. A number of these houses still exist, and contribute much to the charm of Torzhok.

The post road between Moscow and St. Petersburg brought a steady stream of eminent visitors through Torzhok. In the 1770s, Catherine the Great commissioned the architect Matvei Kazakov to build a small "transit palace" for her convenience.

Wooden and log houses from the mid- and late 19th century add to the architectural stylistic mix.

This 1911 facade displays the late art nouveau style of its era.

In 1941, Torzhok was on the front line of the German invasion of Russia. The log Church of the Ascension, built in 1717, astonishingly survived, and its soaring octagonal tower is a remarkable example of wooden church architecture.

The most noticeable evidence of the town's transformation in the late 18th and early 19th centuries is the remarkable number of churches constructed at that time.

Cathedral of the Transfiguration of the Savior, east view across the Tversta River. Torzhok, Tver, Russia. Copyright: William Craft Brumfield

Torzhok's Cathedral of the Transfiguration of the Savior was founded in 1374. Beginning in 1815, it was rebuilt to a plan by the renowned St. Petersburg architect Carlo Rossi. The current edifice was consecrated in 1822.

Another of architect Nikolai Lvov's creations is this well-preserved chapel-rotunda, constructed in 1814.

Just south of Torzhok is the Znamenskoe-Raek Estate. Although some of the park pavilions were damaged or destroyed during the Second World War, the main house and attached buildings are miraculously intact. The estate is undergoing a careful restoration to return it to its former glory.

From 1787 to the 1790s the estate was the scene of intensive construction. Its patron, general and senator Fedor Glebov, wanted to create an idyllic retreat for receiving important guests, and gave the prominent architect Nikolai Lvov full rein for a grand mansion in the Italian style.

Architect Nikolai Lvov, like the other major Palladian architects in Russia (Giacomo Quarenghi and Charles Cameron), was interested primarily in Palladio's "rural" architecture, and above all his villas. At Raek, the Italian style is particularly evident in the rotunda that rises above the two-story mansion.

The most distinctive feature of Lvov's design is a grand colonnade that encloses the cour d'honneur in front of the house. It is flanked on either side by pavilions and service buildings that are closely integrated into the colonnade. In the center of the colonnade opposite the mansion is a monumental entrance arch.

In some respects this extraordinary entrance court is reminiscent of Thomas Jefferson's design for the colonnaded lawn at the University of Virginia. At Znamenskoe-Raek, Lvov created a distinctive approach, not seen elsewhere in Russia, for adapting the natural setting to the neoclassical architectural forms of the manor and its auxiliary buildings.

The rotunda provides natural light for the ballroom at the center of the second (main) floor. All flanking rooms are subordinate to this square space—a clear indication of the house's reception and entertainment purposes.