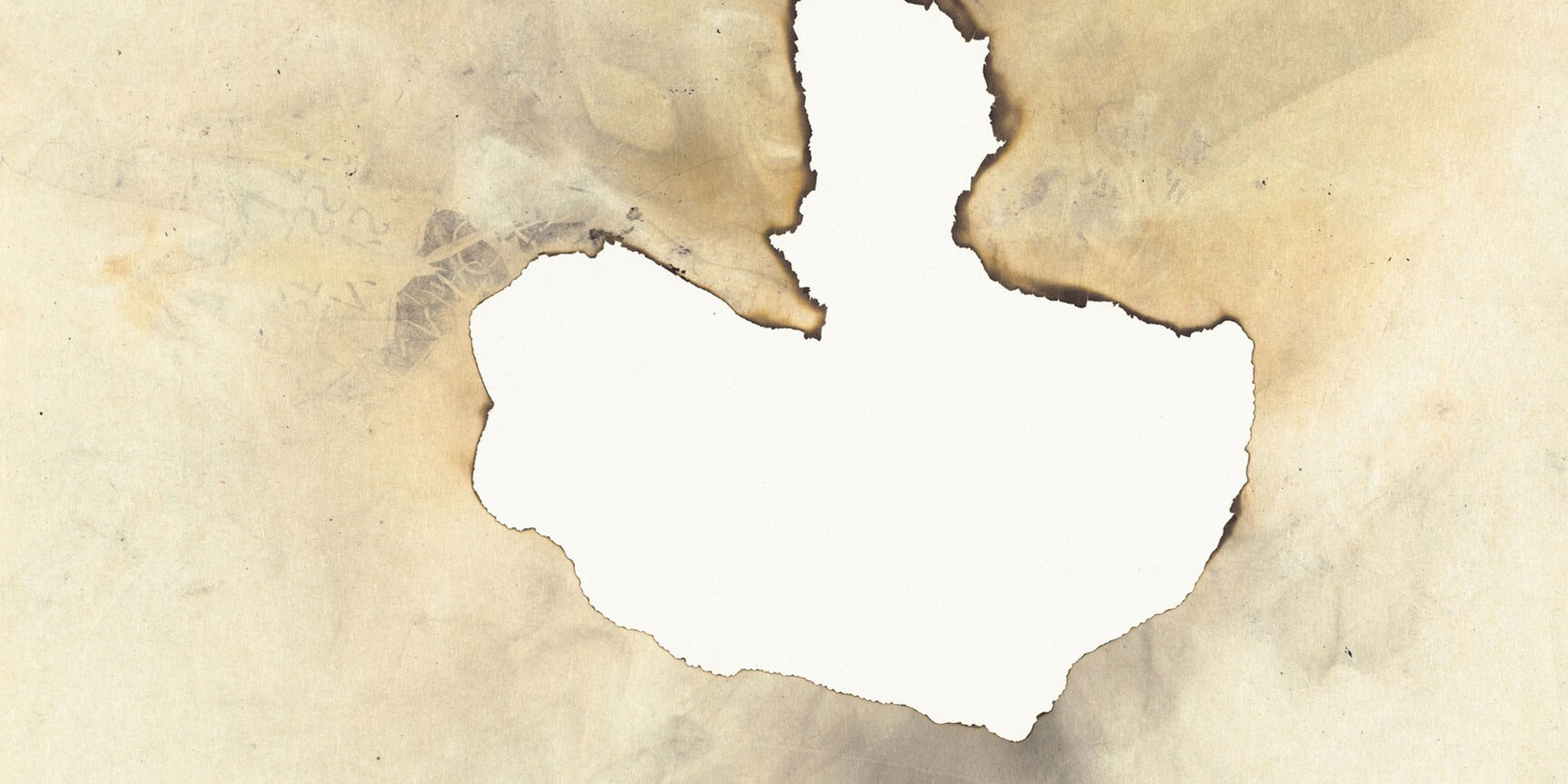 In 1989, Cage produced a group of prints that signal a new confidence in his own artistic ability. He conducted chance operations to select and position small stones on the plate, determine their orientation (vertical or horizontal), and choose color. But he utilized brushes to trace the stones, a practice he had long resisted, claiming he was not a painter (see image below). John Cage working on a print from the Stones series, 1989; here, using an acid-loaded brush, he traces the outline of a small stone positioned on a copperplate. Still image from John Cage at Work, 1978–1992, a film in four parts by Kathan Brown, 2013, Courtesy Crown Point Press