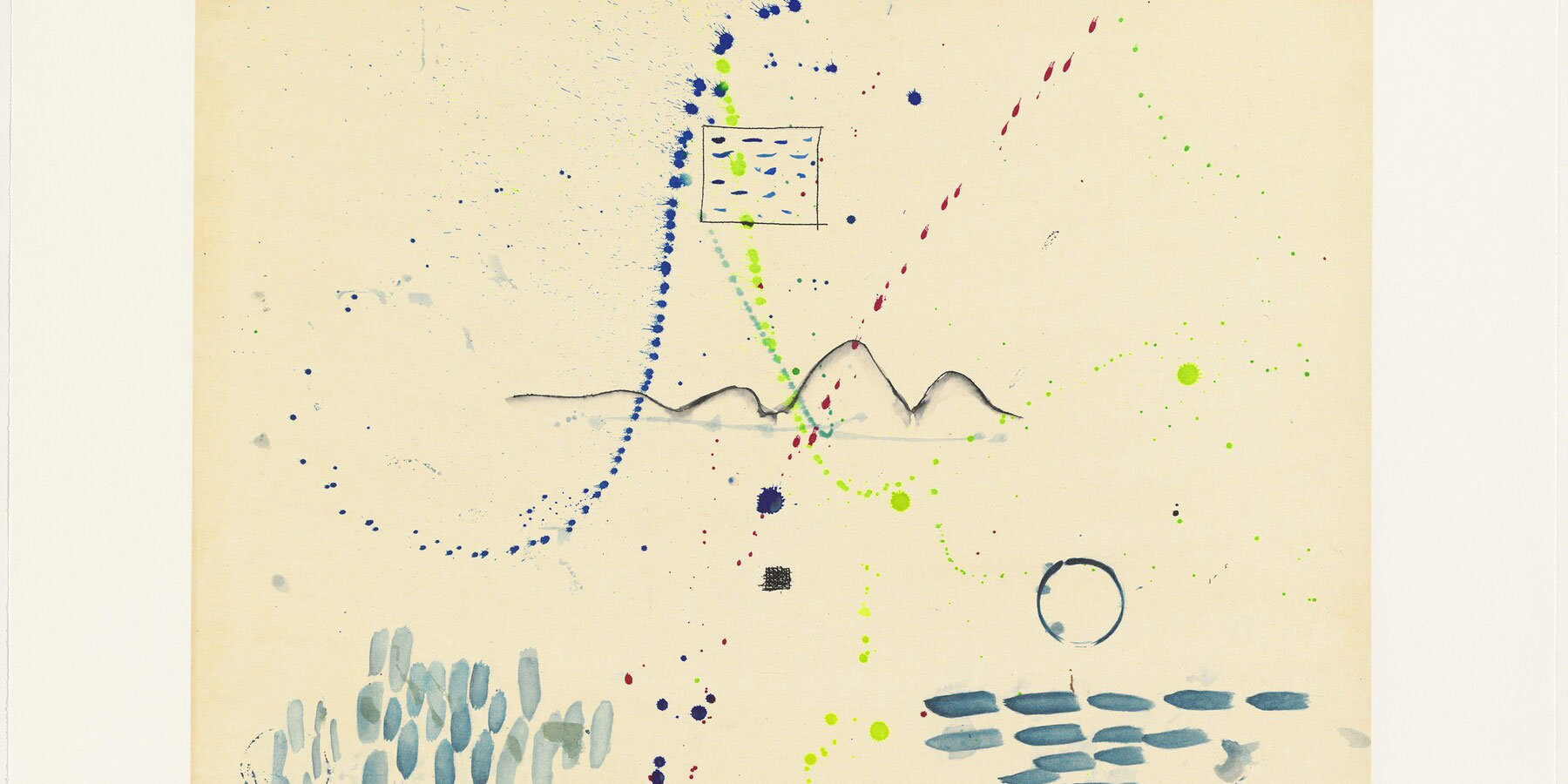 In 1988, Steir traveled to Guilin (a region in China also called Kweilin). She drew a sketch of the area from memory, which printers in Beijing translated into a spare woodcut print made up of two clusters of watery blue dashes, two moons (one seen faintly behind a cluster of dashes), a light blue horizon line, and a dozen or so blue spatters. Over the next ten years, Steir used ninety of the woodcut prints, sometimes varying their orientation, as supports for unique watercolors. She describes the “infinite possibility” of using a single image in a variety of ways “irresistible.” Pat Steir in the collection of the National Gallery of Art