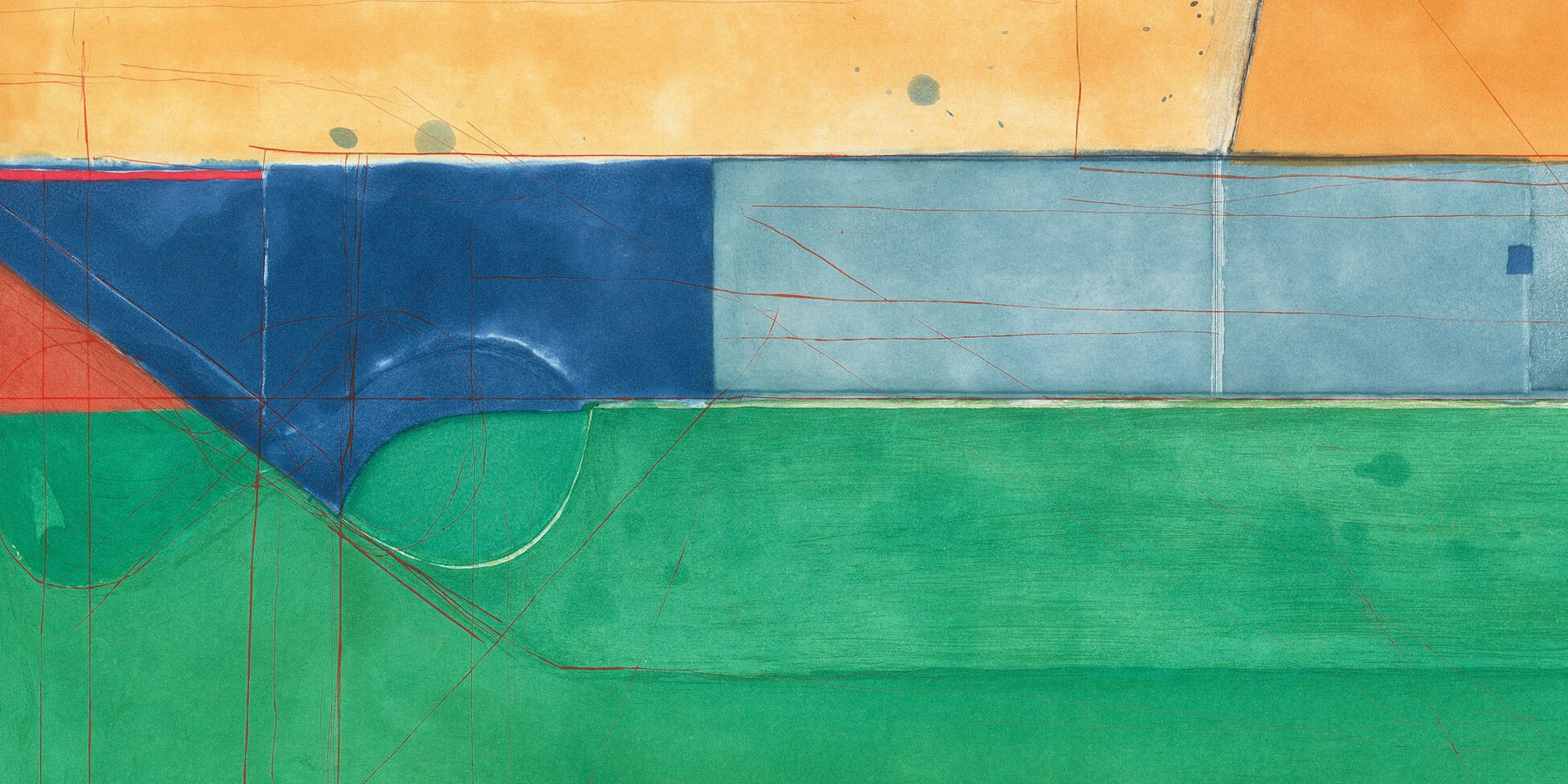 Richard Diebenkorn, Green, 1986, and Combination, 1981, installation view; John Cage's 75 Stones and The Missing Stone, both 1989, are visible in the gallery beyond Revision was integral to the creative process of Richard Diebenkorn (American, 1922–1993). “I seem to have to do it elaborately wrong and with many conceits first,” he wrote. “Then maybe I can attack and deflate my pomposity and arrive at something straight and simple.” This was more than just a self-deprecating remark. After roughing out a composition and having it printed, Diebenkorn would revise select passages incrementally through numerous stages.

Whether he was working in a purely abstract mode, a figurative mode, or with favored motifs such as clubs and spades, his concerns were largely formal, addressing compositional structure and the relations between lines, shapes, and colors. Diebenkorn set his artistic course to “rightness,” a term he regularly invoked. He navigated by following an intuitive sense of what worked: reassessing and adjusting as he went along, seeking something close to harmony, yet still allowing for “a sudden, surprising contradiction.”

Richard Diebenkorn in the collection of the National Gallery of Art