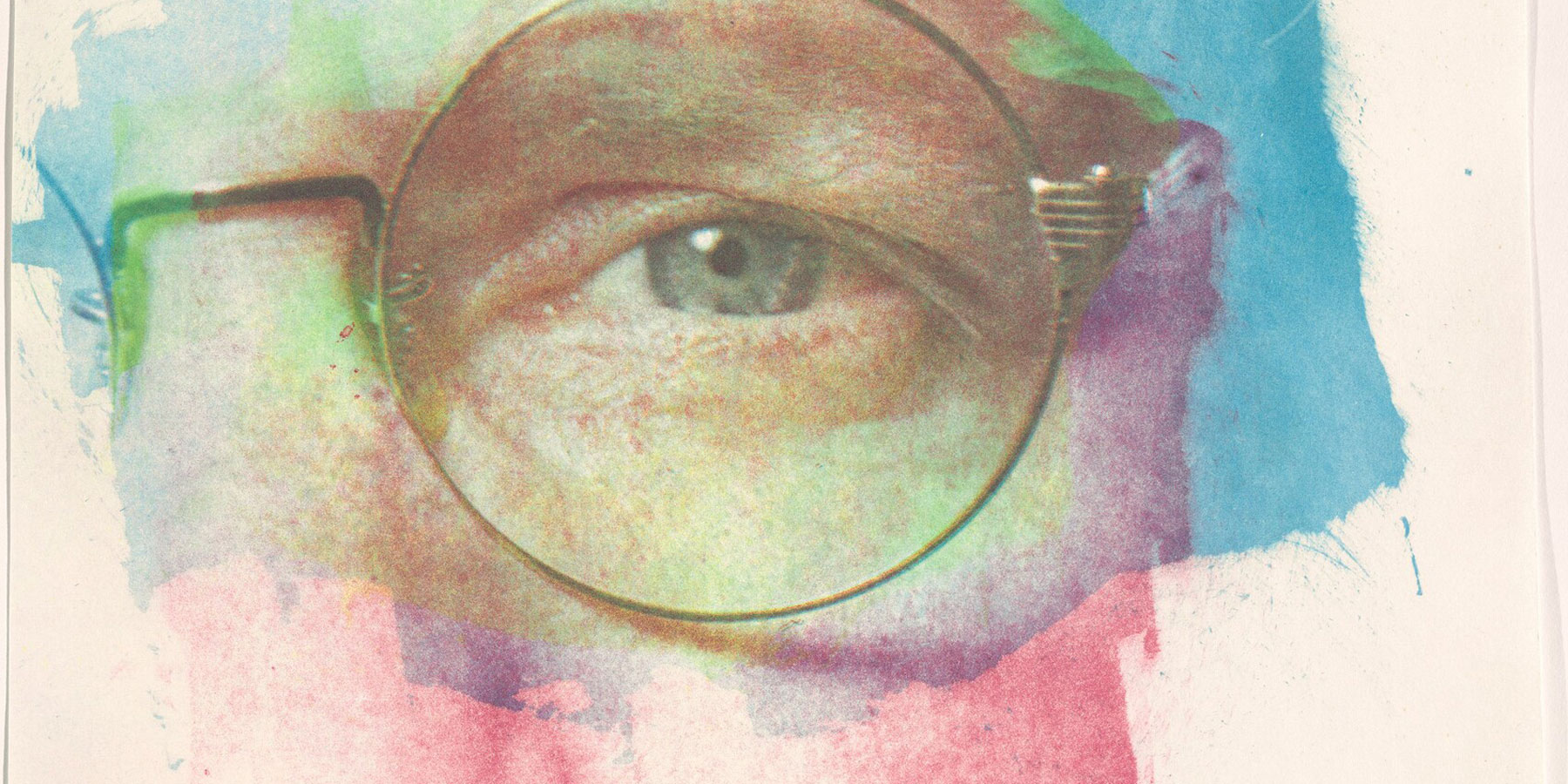 Disinterested in using photo-etching to create a naturalistic image, Close innovated. Here he had the plate inked so that various parts of the composition reveal the primary colors used and the secondary color combinations yielded by their overlap. This work breaks down the process by which a full-color photo-etching is produced. It also clearly prompted his experimentally inked 2010 Self-Portrait and a collage study that Close assembled in 2013.

During Close’s first visit to Crown Point Press he attempted a photo-etching, in which etched plates inked in magenta, cyan, and yellow are sequentially printed to produce a full-color photographic image. Close was, at this time, making airbrush paintings using a similar tricolor procedure (see below). After a number of small test proofs were pulled, Close decided that he was not interested in a straightforward photomechanical print and discontinued the project. Chuck Close in the collection of the National Gallery of Art