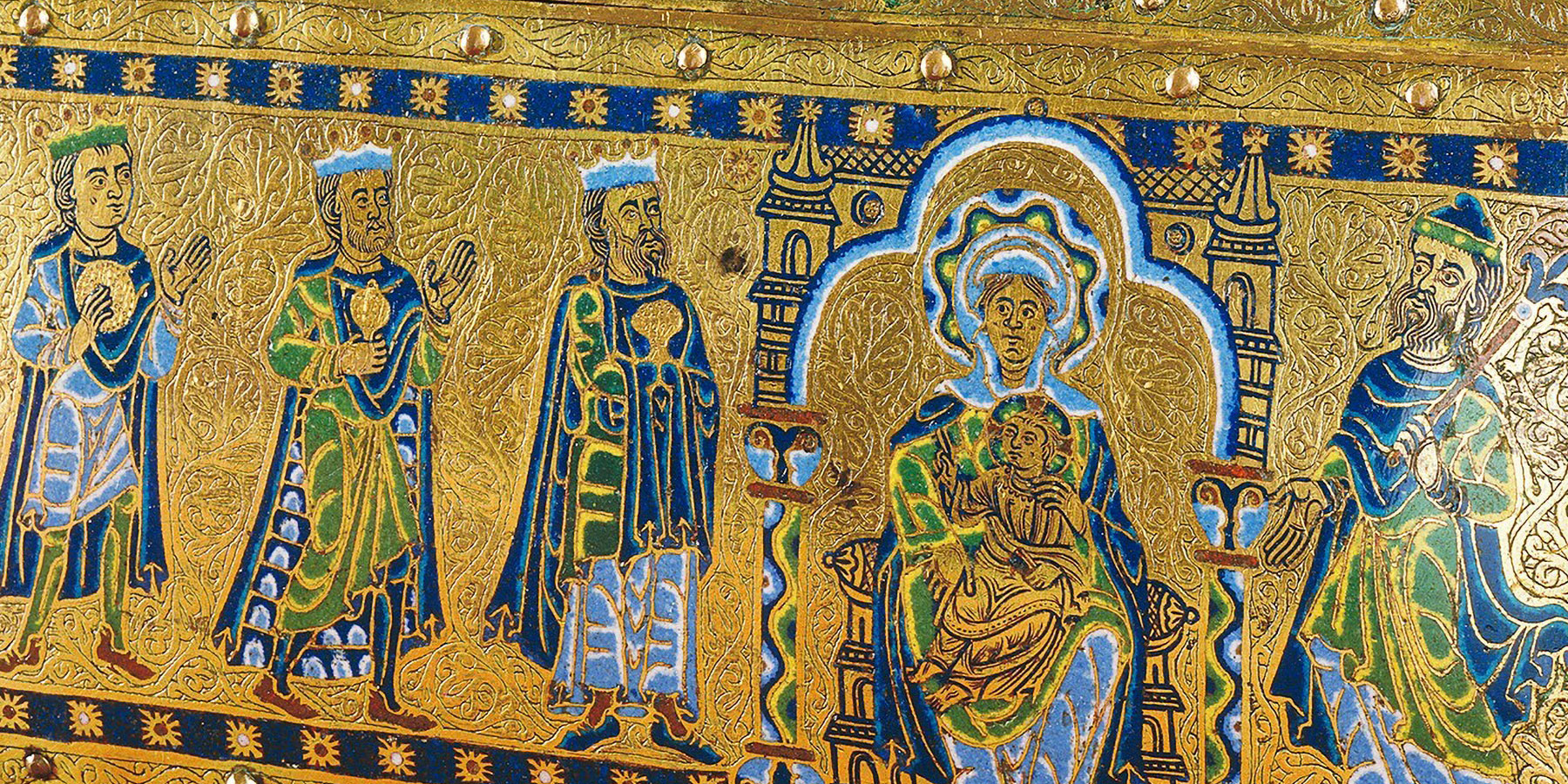 Renowned for its masterpieces of painting and sculpture, the National Gallery of Art also possesses exceptional examples of decorative art. The most important objects came as gifts from the Widener family of Philadelphia. Peter Widener, who worked as his brother’s apprentice butcher, dramatically expanded his business with a contract to supply mutton to the Union army in the Civil War. From this profitable enterprise, he built an extraordinary conglomerate that included streetcars and public utilities. After his older son perished in the sinking of the Titanic, Peter’s younger son, Joseph, rose to prominence in the family’s affairs. His impeccable taste assured that one of the great American collections of art would continue to flourish.

Peter and Joseph Widener had long contemplated establishing a national art museum in Washington, DC, and as the concept for the National Gallery of Art crystallized, Joseph concluded in 1938 that his family’s collection belonged in the nation’s capital. Among his paintings were masterpieces by El Greco, Vermeer, Manet, Constable, Degas, Murillo, Castagno, and Van Dyck. He insisted, however, that the entire collection come as a totality. The key to the gift was a spectacular group of Chinese porcelains, mostly from the Kangxi reign, that he and his father had amassed together over a period of 50 years. (Joseph had bought 54 porcelains from the collection of J. P. Morgan in one block for a million dollars around 1915.) He required that the porcelains be installed in rooms at the National Gallery designed to reflect the way they had been displayed in the Widener mansion outside Philadelphia. On that condition, the Widener paintings and sculptures would also be given to the Gallery. The number of Asian porcelains was augmented in the 1970s by Grace Steele’s donation of the Harry G. Steele Collection.

With Widener’s porcelains came the renowned sardonyx chalice of Suger, Abbot of Saint-Denis, just north of Paris, where the tombs of the kings of France were housed. Thanks to Joseph Widener, the Gallery displays a small treasury of medieval ecclesiastical objects, sumptuous tapestries, some grand 16th-century painted enamels from Limoges, Italian maiolica, and other Renaissance ceramics. One of only 70 known examples of Medici porcelain, as well as three examples of the intricately inlaid French Renaissance ware known as Saint-Porchaire ceramics, can be found here as well. French 18th-century furniture and other decorative arts came not only from Joseph Widener but also from the heirs of Joseph’s widowed sister-in-law, Mrs. George Dunton Widener. The renowned names of Leleu, Oeben, Riesener, Carlin, and Cressent among others thus also came to be represented in the Gallery’s collection. An important panel from the gigantic secrétaire made for Louis XVI by David Roentgen, which was dismembered during the French Revolution, was included (it had been incorporated as the top of another table).

Production of French Decorative Arts in the 1700s

Rococo Decorative Arts of the Mid-1700s