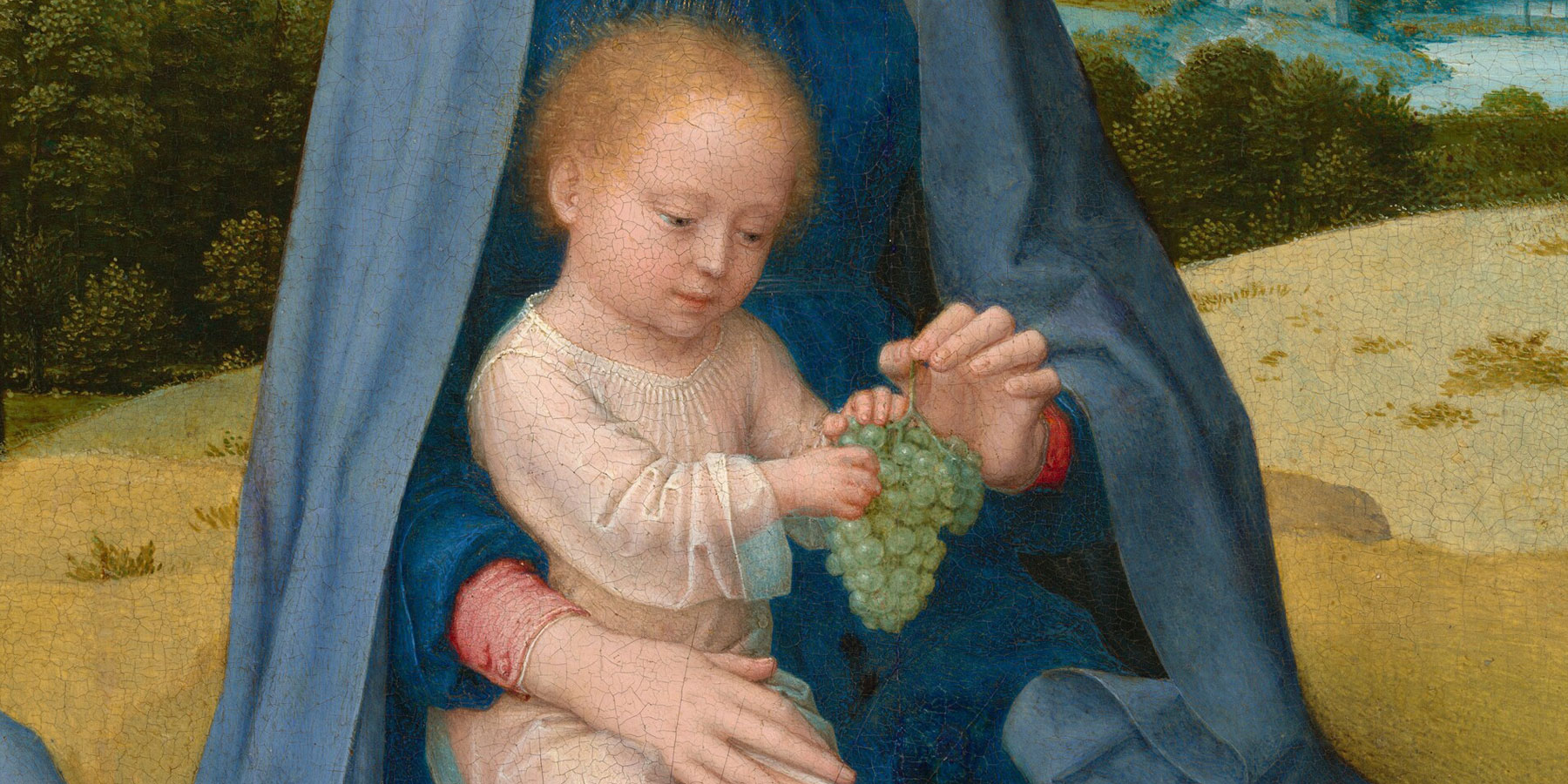 Northern European Paintings of the 15th and 16th Centuries The 15th and 16th centuries saw the rise of capitalism and a burgeoning middle class, the creation of modern nation states, and the upheaval of the Protestant Reformation. For artists, an innovation of equally far-reaching importance was the perfection of oil paints in the Netherlands, also known as the Low Countries, which allowed northern painters to depict the world with unprecedented precision.

At the end of the Middle Ages, some of the most active centers of painting were in an area comprising present-day Holland, Belgium, Luxembourg, and parts of France. Artists here rivaled even famous Italian masters. Rich patrons -- foremost among them the ruling house of Burgundy but also religious orders and private citizens of the prosperous towns of Ghent, Bruges, Brussels, and Tournai -- commissioned paintings, sculpture, tapestries, vessels of precious metal, jewelry, and illuminated books.

One of the most renowned Netherlandish artists, Jan van Eyck, revolutionized painting by substituting the oil medium for tempera. He was court painter to the Duke of Burgundy, but his religious subjects and portraits were also in great demand among the merchants and bankers of Bruges. Painters such as Robert Campin and Rogier van der Weyden continued to produce works rich in detail and symbolism as foreign artists flocked to the region, eager to learn the new oil-painting technique. In the 16th century, Antwerp gradually overtook Bruges as the leading art center and the wealthiest city in Europe, attracting talented painters such as Quentin Massys and Jan Gossaert.

Most Netherlandish artists showed great respect for tradition. Hieronymus Bosch was an exception, showing extraordinary independence and flights of imagination. Pieter Bruegel the Elder later incorporated many of Bosch's fantasies into his work, some of which reflected the political unrest and religious troubles of his own day.

Given Germany's large size and—throughout history—its territorial and political divisions, it is not surprising that German art is marked by strong regionalism. During the second half of the 14th century, a major school of art developed in Bohemia, centered in the university city of Prague and patronized by King Charles IV (1316–1378). This style, as seen in the diptych The Death of Saint Clare, shares many traits with the International Gothic style imported by French and Italian artists.

The 16th century was a heroic age of German art.  The best-known and arguably the greatest German artist, Albrecht Dürer, was born in Nuremberg in 1471. His trips to Italy, where he became acquainted with Giovanni Bellini and with theories of perspective and proportion, were of inestimable importance for the history of northern European art.

The intensity of religious sentiment that preceded the Protestant Reformation, as well as the upheaval of the Reformation itself, had a decisive impact upon German life. The Small Crucifixion is a tangible expression of the faith of Matthias Grünewald, an artist known for mysticism and genius as a colorist. Lucas Cranach the Elder was a close friend of Martin Luther, and his Crucifixion with the Converted Centurion, alluding to salvation by faith alone, may be considered a Protestant subject. Hans Holbein the Younger was one painter who did not thrive in post-Reformation Germany; he left for England in 1526 and eventually became portraitist to King Henry VIII.

Netherlandish Painting in the 1400s

Netherlandish and Spanish Altarpieces in the Late 1400s and Early 1500s

The Netherlands and France in the 1500s

German Painting and Sculpture in the Late 1400s and 1500s