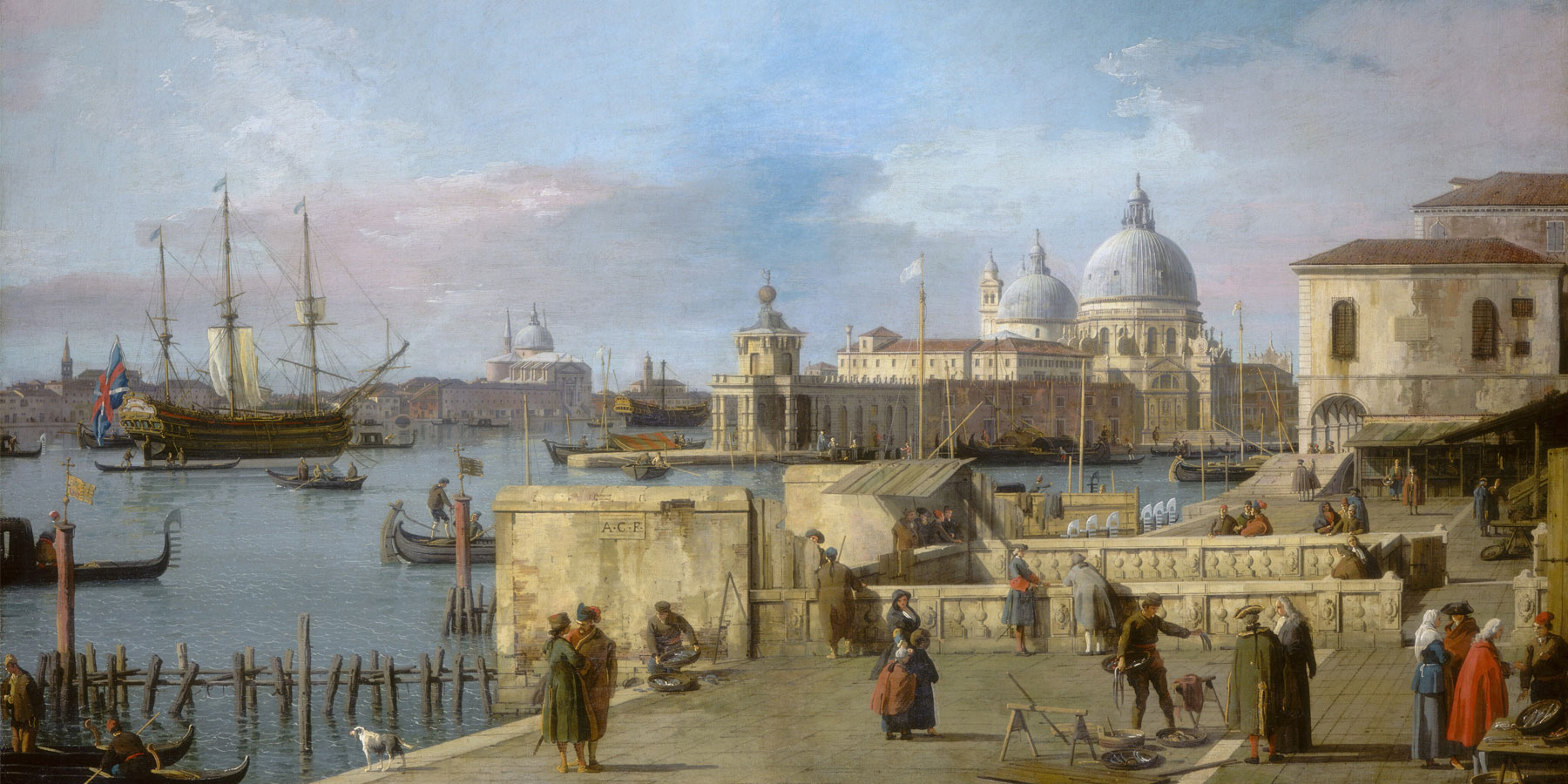 Italian Paintings of the 18th Century

The 18th century is often called the Age of Rococo, a light-hearted, decorative style that originated in France around 1700 and spread across Europe. In Italy, however, it was less well-defined and less dominant. The label is often applied to many of the most popular painters in Venice. By this time, the city’s political fortunes were much diminished, and its unique and picturesque location on a watery lagoon—and a long, riotous carnival season—made the city a favorite destination for travelers on the Grand Tour. As mementos of their trip, wealthy young tourists from across the continent commissioned view paintings by Canaletto, Bellotto, and Guardi or bought them from stock. Images of the city’s canals and famous monuments, and of the bustling activity of everyday life, made perfect remembrances. Domestic audiences preferred character studies by Rotari or anecdotal, often satirical, scenes by Longhi taken from popular comedies. Rome, of course, was the other not-to-be-missed stop on the Grand Tour, and its sights were captured in Panini’s detailed images. Roman churchmen and aristocrats commissioned likenesses from the fashionable portraitist Batoni.

The most celebrated painter of the century, however, carried on the grandness of the baroque tradition. This was the Venetian Tiepolo, who served an illustrious international clientele that included the kings of France and Spain. While he painted smaller canvases—scenes from history and myth as well as religious works—his fame rested on large-scale fresco decorations. His allegories celebrating powerful patrons soar with imagination and are painted, like all his work, with dramatic flair.